Tourist places to visit in Daman and Diu

Separated by the Gulf of Khambat, Daman is a small city on the mouth of Daman Ganga River surrounded by the state of Gujarat and Diu is a small island located off the shore, floating in the Arabian Sea. Together they make one of the seven union territories of India. It is, in fact, the smallest federal division of the country.

Daman and Diu, along with Goa, had a slightly different course of colonial history than the rest of the country. Since the 1500s, this part of the western coast of India was colonized by the Portuguese and it stayed so over the 200 years British reign, simply because it was not in the interest of the British Empire to interfere with their fellow-colonizers over this small patch of land.

As a result, it took a little more time to gain “independence” despite of being a part of mainland India. In December, 1961, Daman and Diu along with Goa and Dadra and Nagar Haveli was incorporated into the Republic, but it was not quite accepted by the Europeans till the Carnation Revolution of 1974 in Lisbon overturned the autocratic regime of Portugal itself. In 1987, Goa was conferred with statehood, and Daman and Diu was made into a union territory.

But the remnants of Portuguese architecture is still very much existent in the streets of Daman and Diu. Reached easily from cities like Mumbai, Ahmedabad and Pune, the two small towns make for a great weekend retreat. The main attractions of both the towns are mostly beautiful beaches along the Arabian Sea and Portuguese forts telling and retelling the history of the land.

One of the best beaches in Daman is the Jampore Beach where one can parasail, take a camel or horse ride or relax in the shacks, while Devka Beach is more about exotic drinks and local cuisine. Jain Temple is a much-visited shrine here, dedicated to Mahavir Swami with 18th century murals. Nani Daman Fort and Moti Daman Fort are two important colonial era architecture to witness.

Diu has the colossal Diu Fort with the interconnected magnificence of the Naida Caves nearby. Nagoa Beach in Diu is a suggested destination for a fun day at the sea, while Ghogla Beach is more idyllic in nature – perfect for a quite walk against the sunset. 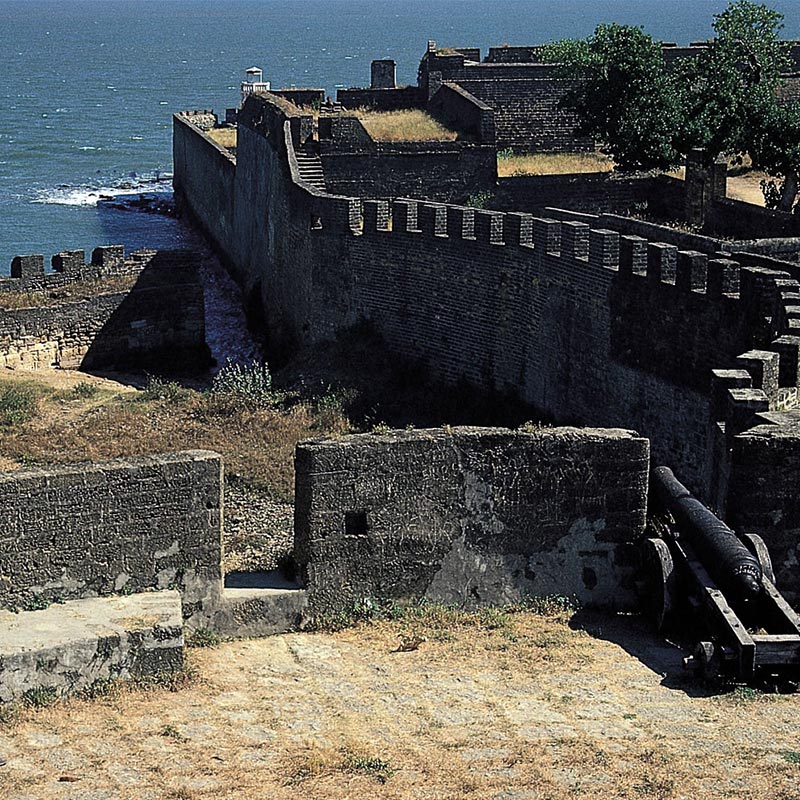 Fact & figure of Daman and Diu

Things to do in Daman and Diu

Map of Daman and Diu