explore the majestic parade of the elephants in Adoor in South India. 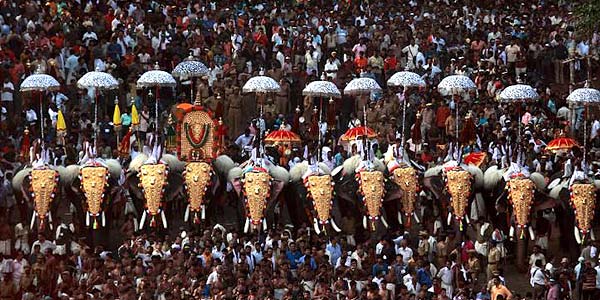 The Adoor Gajamela Festival of Kerala is fair for elephants. In places in South India, the elephant is deeply revered and is made a part of the numerous festivals that take place every year. The elephant symbolizes intellectual strength and strong mental strength. Even during other festivals in Kerala, the elephants are made a part of the festival as it is considered auspicious. Adoor is a city in the fastest growing and the most visited city in the Pathanamthitta district of Kerala in south India. 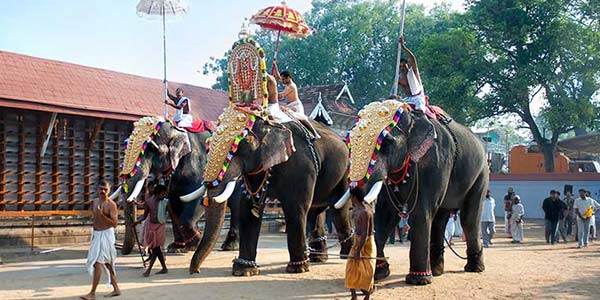 In Sanskrit the word, ‘Gaja’ means an elephant and ‘mela’ means fair. Therefore, the name literally translates to the Elephant fair. The festival is celebrated on the last day of the Sri Parthasarathy Temple festival in Adoor, a city in Kerala. According to the Malayalam calendar, the festival falls under the Thiruvonam asterism ending on the Rohini asterism in the month of Makaram. In the English calendar, it falls on the months of January to February.

During the festival, the elephant parade usually starts at the Parthasarathy temple and finally ends after a full round at the Chenapati sanctuary which is three kilometers away from the city of Adoor. The elephant parade is graced by nine majestic elephants that are adorned with numerous ornaments and decorations making the giant tuskers a truly stupendous sight to behold. Hundreds of people from all over the place gather to watch the parade. The elephant pageantry is one of the reasons why the festival is so popular making Adoor the most visited place in the district of Pathanamthitta.

About the Parthasarathy Temple in Adoor 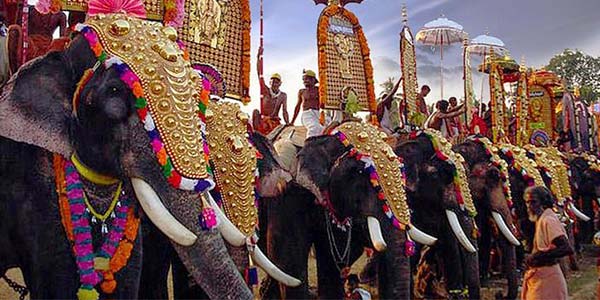 The Parthasarathy temple is dedicated to Lord Krishna, who is known as Parthasarathy in that region. Partha was another name for Arjun and Sarathy means a person who operates a chariot. He is given this name because according to the Hindu scriptures in Mahabharata Lord Krishna had operated the chariot for Arjun during the battle of Kurukshetra. In addition to these festivals the temple also celebrates Ashtami Rohini which is the birth anniversary of Lord Krishna, Parichamuttukali which is a folk art which looks like or resembles the martial steps, the Peacock dance which is known as Mayooranritham, and the Velakali a traditional dance symbolic of ancient warfare are performed at the temple during the birth anniversary of Lord Krishna.

This year the Gajamela festival falls on the 4th of February 2020. People with interest in these majestic beasts will have a wonderful time and once in a lifetime experience while attending the event or the festival. Not only is it a marvelous sight to behold but you also get to experience closely the traditions and cultures of the South and the immense spiritual energy that lingers in the air during the festival.