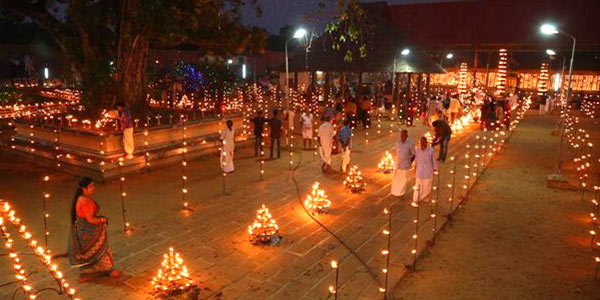 The Ambalapuzha Arattu Festival is celebrated in a small town called Ambalapuzha in Kerala. It is a coastal town that is situated close to the National Highway 66.

The Ambalapuzha Sri Krishna temple, as it is called, is a Hindu temple believed to have been built during the 17th century AD by the ruler of that time. The deity that resides in the temple in the form of an idol is said to be the Parthasarthi form of Lord Vishnu. The temple serves a sweet pudding, ‘payasam,’ a south Indian dish made of rice and milk. People believe that Lord Guruvayoorappan visits the temple every day to accept the offering.

The legend of the temple 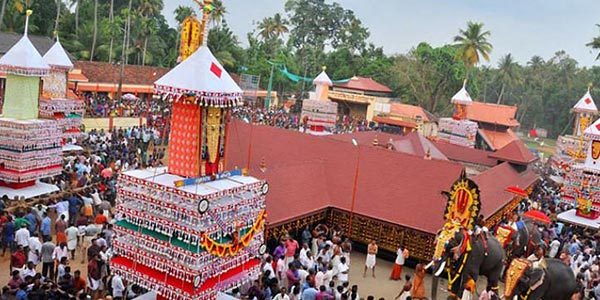 It is believed that once Lord Krishna disguised himself as a sage and graced the court of the king who ruled the land. The kind was known to be a chess enthusiast. Therefore, Lord Krishna challenged the King for a game of chess, and the King agreed to it. Upon asking what the sage wanted if he won, he replied by saying that he is a man of very few materialistic needs and so all he wanted was grains of rice. He said that the amount of rice to be given would be determined with the help of the chessboard itself. The first square would have one the second would have two the third would have four and so on.

So basically, every square will have double of what it had previously. And the king agreed to his demand. After the game, the king lost and decided to give the sage what he demanded but while doing so, he understood that the amount of rice he owed the Sage would make his entire royal granary empty and that he would not be able to pay him. Therefore, on seeing the king having a tough time, Lord Krishna came to his original form and said that the king could pay off his debt slowly in time. From that day onward, the kind would serve paal-payasam in the temple every day to the pilgrims until he paid his debt. 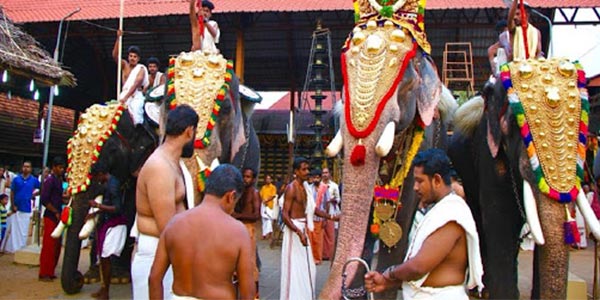 This is the festival of the Ambbalaphuza Sri Krishna Temple. This festival, according to the Malayalam calendar, falls on the month of Meenam or the months of March to April and extends up to ten days. It begins with the flag hoisting ceremony and then ends with an Arattu which means holy bath in the Thiruvonam asterism.

The festival is very famous for its processions by various tuskers that are adorned with decorations. The music and the performances of the martial art form named Velakali that originated in Ambalapuzha. Another such famous attraction is the Ambalapuzha Nadakashala Sadya; a ritualistic feast served on the Pallivetta day of the festival. 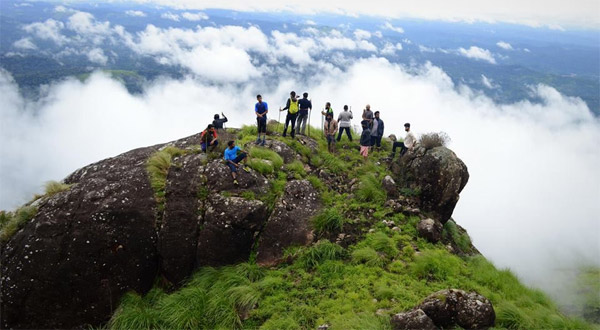