The unique festivities of the Guruvayur Festival in Kerala. 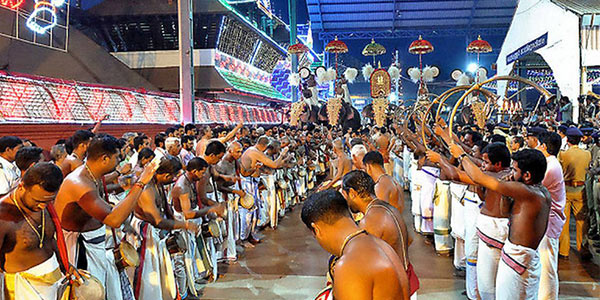 Guruvayur is considered to be the most famous pilgrim centers in Kerala owing to its literature, arts and culture. it is the most respected and sacred pilgrimage places for Hindus in Kerala. Guruvayur is also called the Lourdes of India because it is believed that it is a place where if one worships with faith, they are cured of several existing ailments which is why the temple is not only visited by the pilgrims but also several other people that are suffering from some ailment in hopes to be cured. 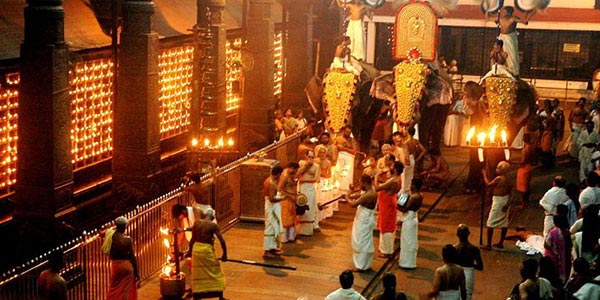 The grand Guruvayur festival in Kerala is a major tourist attraction. The main highlights of the festivals would include the gorgeously decorated elephants, splendid illumination with tall traditional lamps. 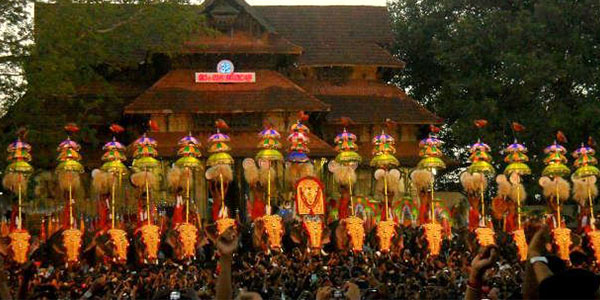 The temple is believed to be constructed between the 16 and 17 centuries and is among the foremost religious sites in Kerala. The deity that presides there is 'Guruvayurappan’ also known as Lord Krishna. The temple is to date extremely conservative following traditional norms and allows only Hindus inside. Elaborate rituals are performed regularly in the temple. According to a legend, it is said that the rites were originally started by the Hindu prophet Adi Shankaracharya who hailed from this part of Kerala. The most striking and unique aspect of the temple is that here the elephants are still a very important part of the regular rituals, whereas in the other temples of Kerala, they are not used every day but are used only at the time of festivals. 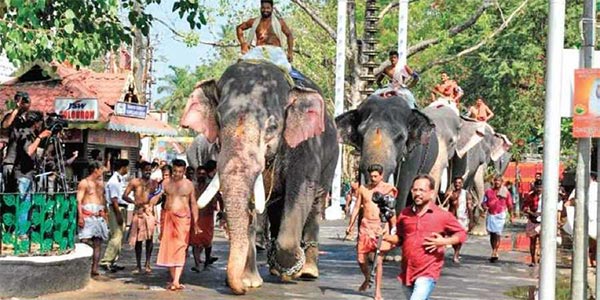 The 10-day Guruvayur festival signifies the occasion oof the restoration of divine Chaitanya which translated to divine consciousness. the festival is inaugurated by a magnificent elephant race. This is an event unique only to parts of Kerala. The winning elephant is then adorned with the honor of carrying the idol of Lord Krishna. The Guruvayur festival also showcases the unique and exquisite cultural heritage of the region as the people belonging to the locality perform the traditional dances and music. The enticing dance dramas, based on the myths and legends of Lord Krishna's life known as raslila are an essential part of the regular proceedings during the festival days.

Visiting the guruvayur during the festival provides you with a wonderful opportunity to experience the life, rich cculture, and heritage of the region and its people. In addition to that, the lip-smacking traditional cuisine of Kerala becomes the focus during the festive seasons. 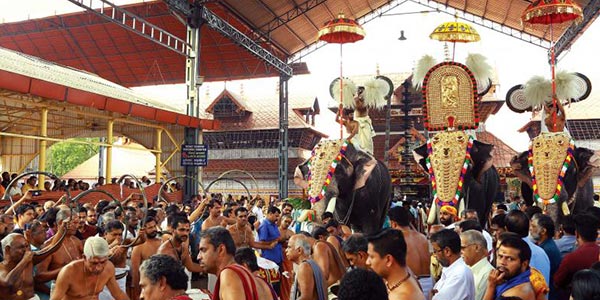 The Guruvayur Sri Krishna Temple is a temple for the Hindus which is dedicated to god Guruvayurappan . It is situated in the town of Guruvayur in Kerala, India. It is one of the most important places of worship for the Hindus residing in Kerala and is often referred to as Bhuloka Vaikunta means the Holy Abode of Vishnu on Earth.

The presiding deity of the Guruvayur Temple is Lord Vishnu, who is worshipped in the form of his avatar Lord Krishna.