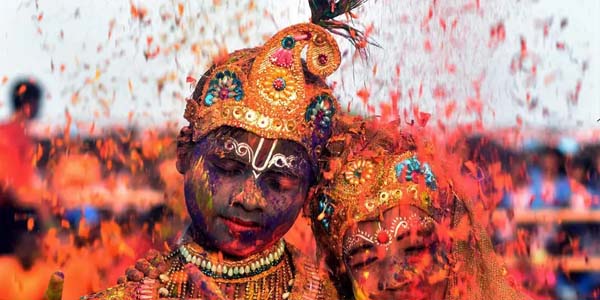 Holi is one of the most important festivals of the Hindus. It is celebrated in the month of Fagun and marks the end of winter and the onset of spring. It is also called the festival of colors. People forget all their enmity again and smear each other with color and also get each other drenched. They immerse themselves in the spirit of Holi. It is celebrated majorly in India. Due to the migration of Indians to other places of the world, Holi as a festival has gained popularity. Different delicacies are prepared and shared among friends and family. The celebrations are kick started the evening before Holi by burning a bonfire which is known as Holika Dahan. Holika Dahan symbolizes the killing of the demoness Holika. The festival of Holi signifies the victory of good over evil and promotes the feelings of love and brotherhood among people. 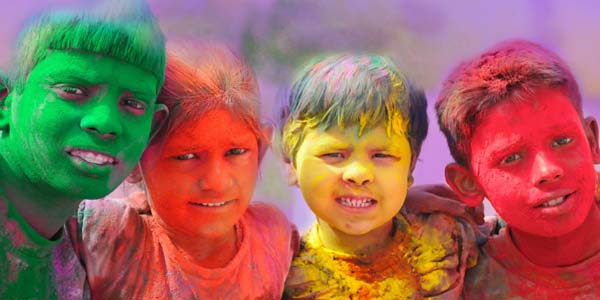 According to the legend, the name Holi comes from Holika. The demon king Hiranakashyap had attained the gift of immortality from Lord Brahma. He began to think himself as the most powerful being and in his arrogance, he forbade his subjects to pray to any other God. Instead, he wanted them to pray to him. His own son Prahlad was a devotee of Lord Vishnu and he chanted his name all day long. This irked the king and he devised lots of plans to harm the beliefs of his son but to no avail. The king was fed up of his son and wanted to kill him. He asked his sister Holika to sit on a burning pyre with young Prahlad in her lap. Holika had a shawl that could protect her from the fire but Prahlad would die. Prahlad obeyed his father and he prayed to Lord Vishnu, believing that he would save him. When the incident took place, Prahlad remained untouched by the fire and Holika burnt to death. The burning of Holika symbolizes the end of evil. 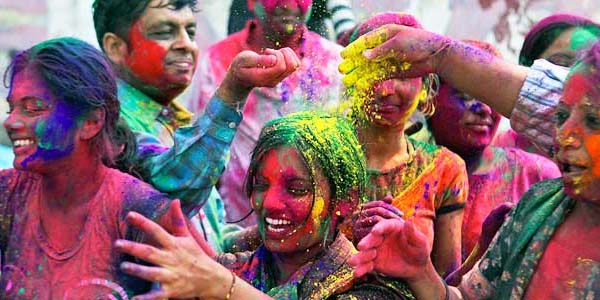 The best part of any Indian festival is the array of lip-smacking and colorful dishes that come forth with it. People prepare a variety of foods that ranging from sweets to savories. Malpua is a melt in your mouth dessert from Bihar which is made by deep frying a batter made of refined flour, sugar, milk and dry fruits. There is a dry variant and the other comes soaked in sugar syrup. Another popular sweet prevalent among people is Gujiya. It is made by filling a sweet mixture of semolina or khoya with dry fruits in a dumpling made from refined flour and then deep frying it. Then there is the traditional Dahi Vada, which is a deep fried ‘vada’ made of ground dal and soaked in curd and topped with spices and tamarind chutney. Well, for the Dahi Vada, one id free to experiment but it definitely is an explosion of flavors in the mouth. To top it all, there is the traditional drink called the Thandai, which is made with Milk. There is an intoxicating variant of the drink which is made by adding Bhaang (which is obtained from Cannabis) to it. There are a variety of spice loaded curries including both vegetarian and non-vegetarian. 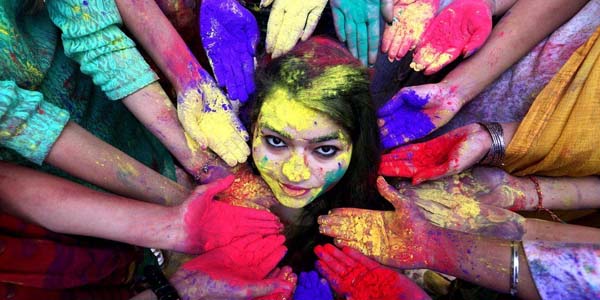 The festival is celebrated with a lot of fun and frolic. It is one of the most fun filled festivals that one can experience. To add to the different varieties of flavors that we get to experience, there is dance and music all day long. The festival is celebrated by smearing color on each other’s faces and by drenching each other in colored water. Children fill small balloons with colored water and throw them at anyone on the streets and because it is Holi nobody seems to mind and the children are saved from probable scolding. Everything is considered fair game on this day. They can color anyone they want, be it a friend, or enemies, the milkman, the newspaper guy, the guy next door or simply a stranger. It is all taken in good spirit as long as it is done in a good spirit. Men, women and children participate in Holi with the same enthusiasm. There are a lot of community organizations that take place, for example, a Holi Mela, selling a range of goodies and snacks custom made for the festival or a Holi Milan where people gather at a place and celebrate the festival together.

For a completely enthralling experience of Holi, one must visit the Braj region of India. Holi is celebrated in its highest spirit in this region. It has a lot to offer, ranging from food, music, dance and an insane amount of fun. Holi in the Braj region is celebrated till Rang Panchmi, which is the fifth day of the waning phase of the moon during the month of Fagun. Barsana, a place near Mathura in the Braj region witnesses a peculiar event called the Lath Maar Holi where women beat up men with sticks and they run about shouting chants of ‘Sri Radhey’ and ‘Sri Krishna’. It also has the Mataki Phod event where a pot of milk and curd is hung at a height and men get on top of each other forming a pyramid to reach the pot and break it, while women around them throw colors and water at them to distract them. They also sing songs and dance to the tunes of drums. It is pretty much celebrated in the same way throughout the Braj region.

As the famous Bollywood song goes, “Holi ke din dil khil jaate hain, rango me rang mil jaate hain, gile shikwe bhool ke doston, dushman bhi gale mil jaate hain”, (on the day of Holi, the heart blossoms with love and as the colors are mixed together, people forget their enmities and even enemies hug each other). These lines capture the true essence of the festival. People forget and forgive. There should be no hard feelings among people. People color each other and themselves and it is symbolic in way because they are coloring themselves in the colors of love, for Holi is not only the festival of colors but also the festival of Love.

The 7-days Holi Festival Tour Package is designed especially with the festival of colors – Holi – in spotlight. It is a festival celebrated in the spring season.[…] 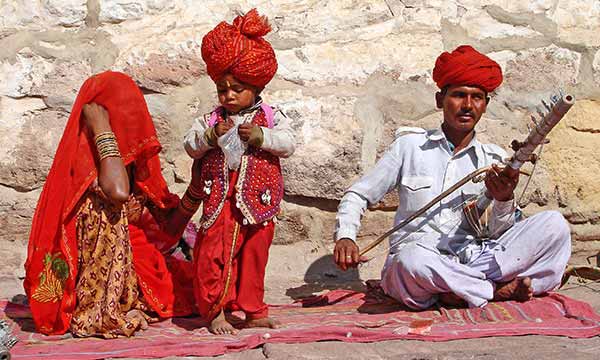 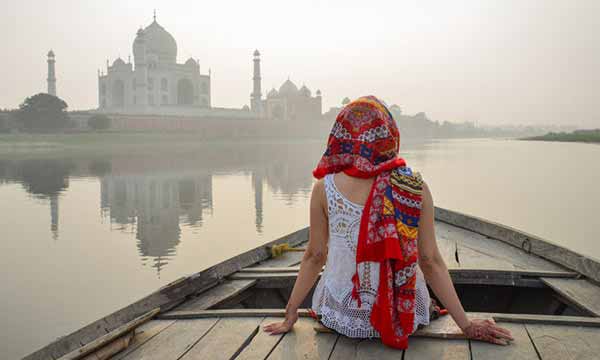