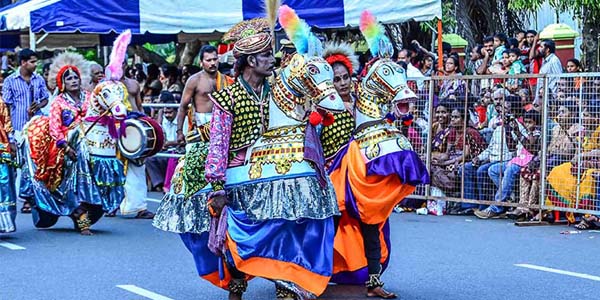 Kerala is well-known for its rich history, vibrant flora and fauna and progressing economy. Altogether, it is a land of diverse beauty and a great place to visit in India. Serving as a dream destination for honeymoon couples, peace-seeking solo travelers, and foreign travelers. Besides the scenic beauty and exotic weather, Kerala is famous for various traditional festivities like the Thrissur Pooram, Kalpathi Chariot Festival, and Theyyam and Puthari festival. Among the other famous ones is the one celebrated in the villages around Kovalam near Ernakulam City is Kerala Village Fair. The village hosts several fairs and exhibitions, but The Kerala Village Fair is one such event that sets the tone of the village vibrant and bustling with tourists.

Kovalam is a popularly visited place in the country alluring the foreign tourists with its traditions and culture throughout the year. The Kerala Village Fair is a ten-day long festival also known as "Gramam" in the local ethnicity.

The basic concept of celebrating the "Gramam" is to recreate an entire village in the traditional style of Kerala. It feeds the general curiosity of the travelers' and assists them to experience the authentic outlook of the southern state apart from the life of beaches. Traditional food and clothes along with other handicrafts work would be on display just like any other fair.

Gramam in Malayalam means village. The Kerala village fair is the nostalgic recreation and celebration of the ancient era of pastoral simplicity and charm on the golden coasts of the internationally renowned Kovalam beach. An entire village of Kerala dating over half a century ago is replicated, from the traditional house nalukettu that is the quadrangular noble house with a courtyard open in the center, astrologers, artisans, and even sorcerers, to provide the visitors a glimpse to the rich history of Kerala.

The courtyard of the traditional nalukettu serves as a venue for the classical art form performances like Thiruvathirakali, Mohiniyattom, Oppana, Kalarippayattu, Sarpapattu, Theyyam, Kummattikkali, Kakkarisinatakam, Panchavadyam. Chakyarkoothu, Ottanthullal etc. These performances along with bhajans and folk songs are part of the evening shenanigans. The women adorn the traditional MundumNeriyathum which is a two-piece garment worn as a saree while the men wear KasavuMundu commonly known as lungi nationwide along with a kurta or shirt. 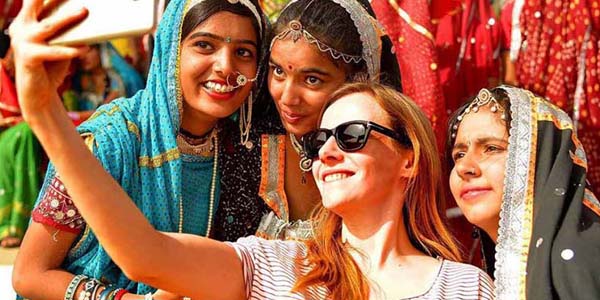 The Kerala Village fair goes on for ten days during the month of January every year. The festival revolves around music, dance, food, and exhibition of the customs of Kerala.

Experience the finest display of the Indian culture at Kovalam. The rich culture and uniqueness of the place are well reflected in Kerala Village Fair. The festival offers many attractions to be seen in the festivals by travelers. The festival reverberates a lot about the tradition and also the friendliness of Kerala people. Kerala Village Fair is one of the finest times for travelers to visit Kovalam and study the culture and festivity of the place that starts in January and ends in March. There are several awestruck elements to please foreign travelers.

The villagers offer tourists with various kind of native drinks and foods. The stalls at the fair have beautiful costumes and handicrafts for tourists to buy some.

Features of the Kerala Village Fair 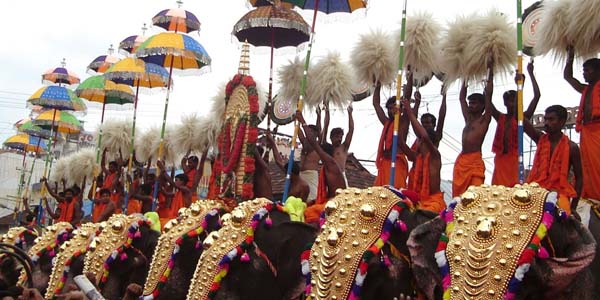 The Kerala Village Fair is held near the Kovalam beach and Ernakulam’s Marine beach. As the fair begins, the traditional houses with open courtyard, dormer windows, and thatched-roof are decorated on the initial two days of the festival. The Nalukettu homes are decorated traditionally with ancient paintings, swords and illumined with fancy lightings by night. The replication of the entire village of Kerala in forgotten times is overwhelming for the natives as well as the travelers. The theme of simplicity is fostered by the artists in their work.

The houses in Kerala like the tharavadu are mansions primarily built of wood. The tourists are welcomed in traditional houses with the flower decoration of Pookalam in the veranda. Tourists will be left bewitched with the teak and sandalwood furniture sets.

Various folk-dance performances of Pulikali, Villupattu, Theyyam, and Thullal are a major theme of attraction. Savor delicacies like Puttu, Meen and Kadala are offered to the tourists.

The artisan's enclave or the Kamalagramam is a stall which features beautiful works of jewelry and handicrafts. Travelers can watch the talented craftsmen working on spinning wheel creating handlooms and traditional potteries. Traditional pieces of spices bowl along with excellent collections of musical instruments, Palmyra fans, and household utensils are put in display for the tourists to buy some.

At the Chayakada commonly known as the village tea shop, travelers can relish the taste of the tender coconut, the refreshing chai or lime juice to beat the heat.

How to get to Kerala Village Fair at Kovalam.
AirwaysRailwaysRoadways
Other attractions in Kovalam

Besides attending the Kerala village festival, there are plenty of things to do in Kovalamthat will offer you complete peace of mind and amazing relaxation.

From serene backwaters to vibrant beaches during the festivities. Travelers can take part in Ayurvedic therapies, spa or meditation and indulge in a traditional excursion, to make their holiday in Kerala a memorable one.

Floating in the tranquil backwaters with a pictorial vibrant rural backdrop with an illuminating coastline is the dream of every city tourist. Spend the night in the luxurious houseboat at Karamana River or Ashtamudi Lake relishing the scenery and indulge in rich traditional Malabari food to have a memorable experience of the Kerala Village Fair.

Kerala Village Fair is a colorful ten-day event rejoicing the cultures and customs of Kerala in the most spectacular manner.