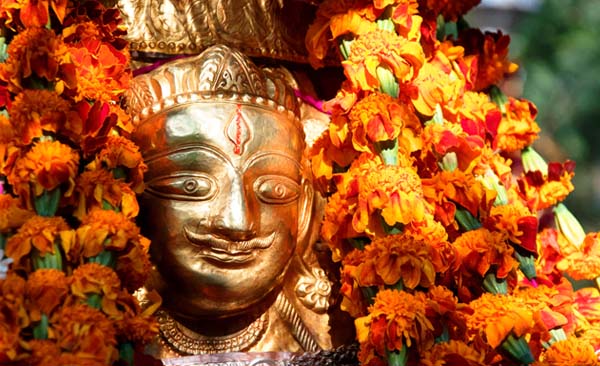 Northern India attracts many visitors every year not only for its enchanting and mesmerizing beauty but also for its unique culture and traditions. Kullu is also known as “Kulanthapitha”, as it is considered key to the majestic land of Himachal Pradesh. India has got many charming hill stations in Himachal; out of them, the most popular one is Kullu. It is not only famous for its aesthetic beauty and snowy mountains, but there is more to that. Tourists visiting Kullu must witness the Kullu Dussehra festivities once in their life. The history of this festival dates back to the 16th Century when the whole region of Kullu was not a city but a kingdom and ruled by kings! Kullu has a different way of celebrating Dussehra from other states.

Kullu is commonly known as the “valley of Gods” or “residence of Gods” as there is a vast number of local Gods found. Kullu is home to many deities and people over there are a polytheist or believe in multiple Gods and Goddesses. Kullu Dussehra is one of the most extravagant, colourful and cheerful and lavish festivals of Himachal and it is not easy to explain how important the festival is to the Kullu people. Kullu is known for its magnificent Dussehra merriment which brings in the lesson good will win over evil even if it takes a bit time. Kullu Dussehra has been declared as an International event in the year 1972 and every year is a host to around 4 to 5 lakh people all over from the world.

How is Kullu dussehra celebrated ? 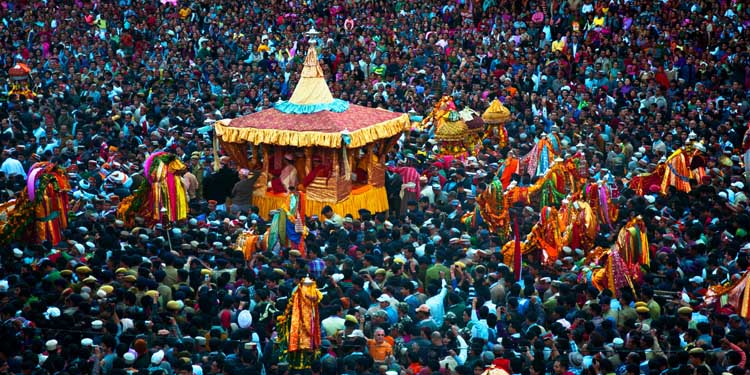 In the earlier days, Kullu Dussehra was celebrated by exchanging the regional art and craft of people who were seen as a means of promotion of local handicrafts and for increasing the employment of poor artisans. But over the years Kullu Dussehra has undergone evolution, and the customs and traditions of celebrating the festival have changed such as villagers used to dance and sing in the night moonlights along with their gods and deities, but now it is rare to sight anything like that. Kullu Dussehra has become more of a viable event than it was in the past.

Kullu Dussehra is celebrated in a slightly different manner. Dussehra is a festival which is commonly celebrated throughout the country, but every region has a different manner of celebrating it. The celebration of Dussehra in Kullu takes place on the tenth day of Navratri which is in the months of October or November. The Rath Yatra begins on the day of Dussehra and goes on continuously for seven days. The devotees of Rama in Kullu carry out a Rath Yatra or tourists can call it a procession wherein people carry their local deities and take them to the temple of Lord Raghunath (Lord Rama). Thousands and thousands of people participate in pulling the Rath of different deities along with the deity of Lord Rama. On this day there numerous deities brought together to the temple of Rama, including the major deities of Kullu like Hadimba and Jamlu Rishi and others. This is a seven-day festival, and all the Kullu people pander into various cultural activities such as singing, dancing, drama and other activities. All these cultural activities are performed near banks of the beautiful river Beas, and on the last day people collect a stack of wood, and they put fire to it as a symbol of devastating the home of Ravana, for all the wrong deeds done by him.

Dussehra of Kullu has its own essence, and it is one of the prime attractions for many tourists not only in India but for international travellers too. Kullu’s Dussehra is celebrated in the traditional and customary manner which drives in so many people to Kullu during this period. This is the most awaited event of Himachal Pradesh. 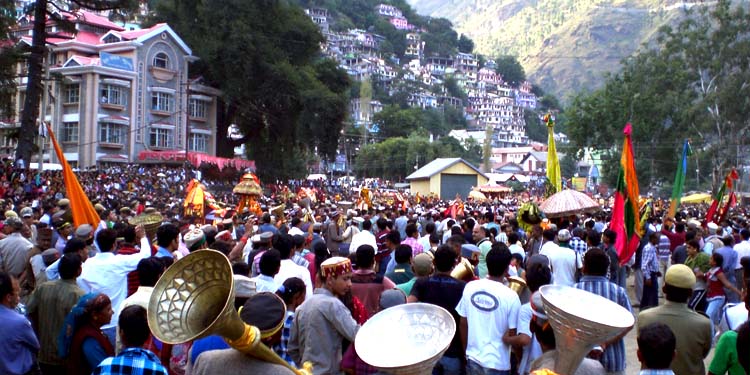 Kullu’s Dussehra is a legendary fair and festival, and there are many stories attached to the current celebration of Kullu Dussehra. Every story has its own spirit and heart depicting symbolic respect for this festival. The first tale is about Maharishi Jamdagni who was a big saint, and the story goes that he was returning from Kailash and was carrying basket which had 18 images of different gods. As he came across Chanderkhani pass, the area was hit by a fierce storm, and all the images were spread out in the valley of Kullu and people of Kullu saw these images taking forms of actual Gods. Hence, this place is often called the “valley of Gods”, and people here have various Gods which are celebrated with a lot of splendour and showiness.

Kullu Dussehra has another long history dating back to the period of the 16th century when Raja Jagat Singh ruled over the kingdom of Kullu. According to people, the story goes on that one day the king got news about a peasant who was having a treasure of pearls. Raja got greedy and wanted to acquire the wealth of pearls from the peasant. He sent an order to the poor peasant that either he surrenders his pearls to the king or else he will be hanged to death. The unexpected part of the situation was that pearls which were possessed by the poor Brahmin were not real pearls, but they were the pearls of wisdom and knowledge. The poor Brahmin knew that no one would believe him, and knowing the consequences, he jumped into the pyre of fire and cursed the greedy King that, “whenever he will eat, rice will turn into worms and water into blood.”

Raja got scared and wanted to undo the curse, so he went to find Lord Raghunath deity from Ayodhya. Raja had sent one of his proficient Brahmins to go to Ayodhya for doing so. The Brahmin was able to tiptoe into the city and stole the idol of Raghunath but got caught by the local people of Ayodhya. After this when people tried to bring the idol of Raghunath towards Ayodhya, its weight started increasing, and it became light if it was taken to Kullu. Thus, since then every Dussehra a Rath Yatra is organized which carries the deity of Raghunath and other local gods of Kullu to the temples of Kullu.

Among the popular beliefs regarding the history of Kullu Dussehra, one of them is that Lord Rama invites all other Gods from heaven to celebrate Dussehra in Kullu. Thus, it can be seen that Kullu is a legendary and renowned festival of India and is one of the many ways of celebrating Dussehra.

A rejuvenating trip amidst the Himalayan Mountains is all a traveller needs. This festival trip of India gives you a glimpse of several beautiful places of Himachal Pradesh[…] 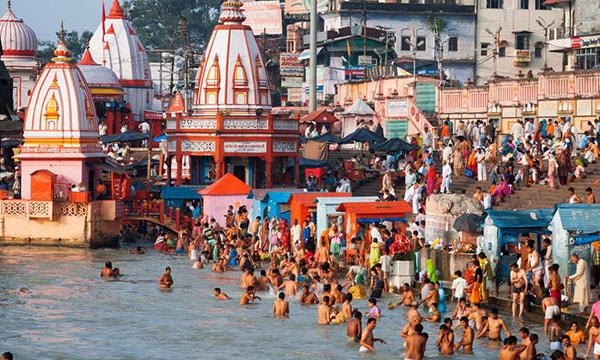 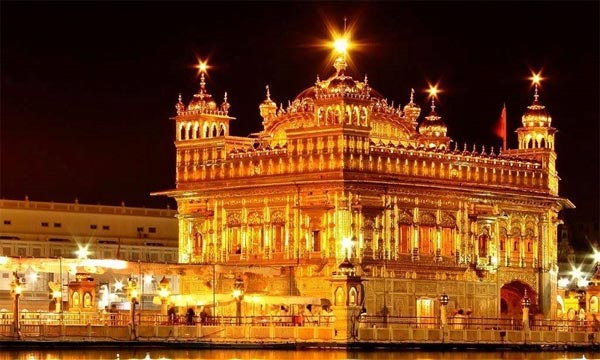 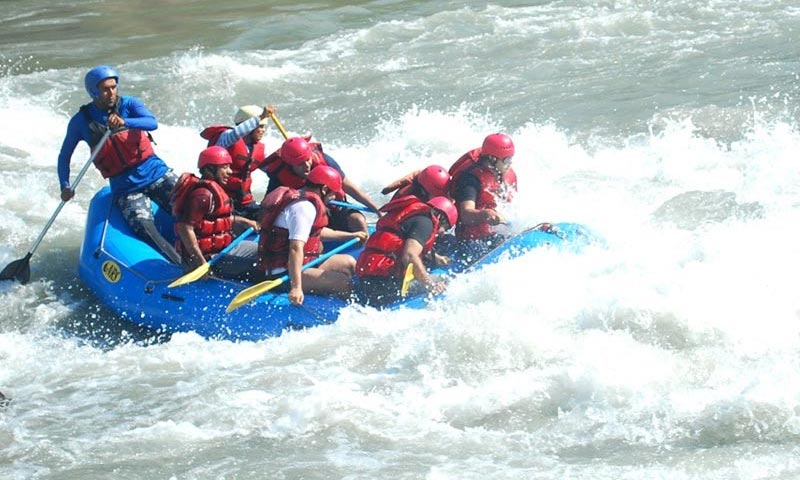