Enjoy the festivities while experiencing the holy. 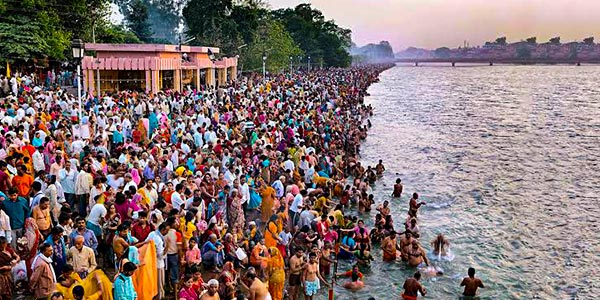 There are very few countries in the world as culturally rich as India and that fact in itself adds to the country’s appeal. And a major part of the cultural diversity is the festivities. India celebrates many festivals like Pongal, Lohri, Mahamaham, Ganesh Chaturthi and the list goes on.

It is a Hindu festival celebrated in the Mahamaham tank (a 20-acre square tank) in Kumbakonam, Tamil Nadu, every 12 years (the last being celebrated on 22 February 2016) and is considered to be the symbolic equivalent of the Kumbh Mela in Uttar Pradesh. The festival is also known as Mahamagham or Mamamgam. The tank is surrounded by Shiva mandapams and is considered to be Holy and a union of nine-river Goddesses (Ganga, Yamuna, Narmada, Krishna, Tungabhadra, Godavari, Kaveri, Sarasvati and Sarayu). According to legends, on the day of the festival, Shiva along with the Goddesses gather here to rejuvenate the waters and the Hindus believe it is holy to take a dip in this water. 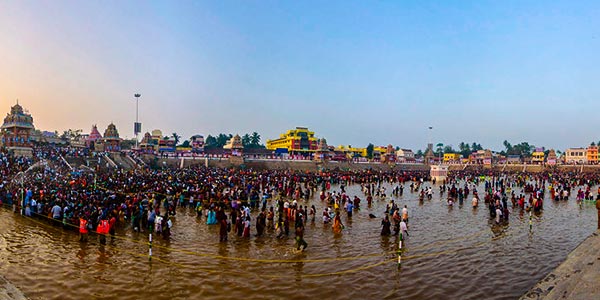 You would notice how the tank is surrounded by petite Vedic and Puranic deities, each sporting a Shiva linga in the sanctum. To the right of the tank is the Kashi Vishwanathar temple, at the entrance of which is an image of Lord Shiva with nine river Goddesses. The mandapas and the temple also feature inscriptions of the Periya Purana.

There seem to be two legends associated with this festival. The first one is attributed to the Mahapralaya (the Great Flood) wherein Lord Shiva is credited with preserving the seeds of creation along with the nectar of immortality in a pot (which ends up surviving the floods), thus, saving the cosmos. Once they ended, the pot was broken by Lord Shiva using an arrow, and the contents of said pot spilt, becoming the great tank.

The second legend states that Lord Brahma was accredited with saving the seeds of creation in a pot upon being asked to do so by Lord Shiva. As the floods came to an end, the pot floats to the banks of Kaveri river is broken by Lord Shiva and the water spills to become the great tank. 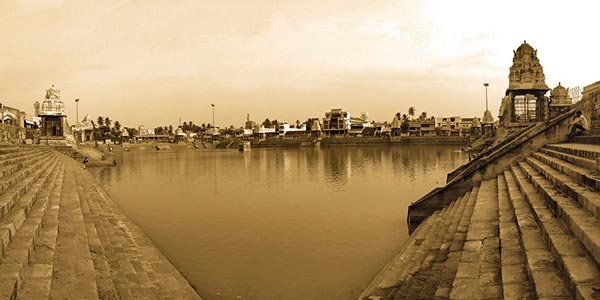 During the festival, massive crowds of Hindu devotees are seen taking a dip in the holy tank, where the waters of all of India’s rivers are said to meet. They believe that this confluence of waters is holy and purifying and a bath in the tank rids one of the sins. Festival deities from all of Kumbakonam’s temples bathe with the devotees in the tank at noon. After that, devotees offer gifts so as to be blessed in not only their current lives but also their following lives.