A festival celebrated to worship the antagonist of the religious powers. 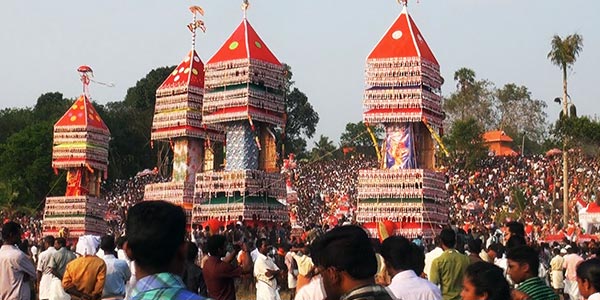 Malanda Kettukazcha is a festival celebrated in the month of March every year at Poruvazhi Malanada Temple in Kerala. This is a one day festival where people from the surrounding villages gather and celebrate. There are many things about this festival which is unique and makes it purely a part of our country's cultural heritage. The most remarkable or noticeable element of this festival is the stunning sight that it offers. Various decorated structures are out in the form of procession like a ceremony. This ceremony, along with the decorated structures also features traditional orchestra drums and people in a significantly large number. The structures decorated by people are about 70 feet to 80 feet tall and it is found that people lift those structures on their shoulders during the parade. Also, the structures which are heavier are taken on chariots by the people. The excitement and spiritual belief are something that attracts a large number of masses to gather at Poruvazhi Malanada temple for the celebration of this festival. 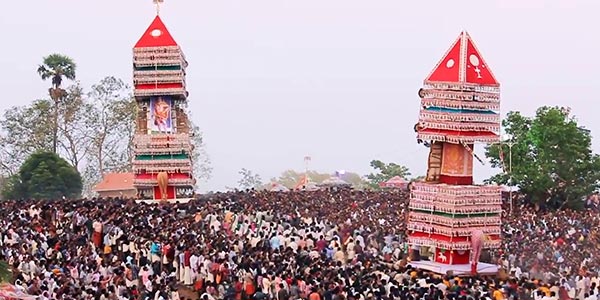 The Poruvazhi Malanada temple is unique in its own way along with the uniqueness of this festival. Something that makes this temple different from other temples is the deity inside it. The opponent in the Indian Epic Mahabharta is the deity of this temple, i.e. Duryodhana. This is the first temple ever which possesses such variation in the sacred path. Another unusual thing about this temple is it does not have an idol or a sanctum sanctorum. 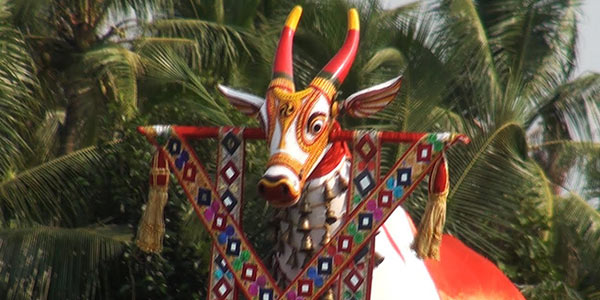 Oorali, which is the symbol of the main priest, is heavy decorated. There is a flag hoisting kind of event that happens which indicates the start of a festival called Malakkuda. Once the goddess is brought to the mandapam set for the festival celebration, the Kettukazcha begins. After this grandeur, people start preparing for the procession by decorating huge items. Edupu Kuthiras is the fame of this procession. There are many similar magnificent designs which are prepared and are carried to the Mandala temple on the hill in the form of a procession. Thousands of designs are presented by people from different villages. All of these activities are carried out in paddy fields around the hills, giving an amazing view from the top of the hill. Along with this procession, there are many cultural programs taking place during this festival such as folk dances, music, etc.