The great festival in Hindu culture where you can witness pure devotion and emotions. 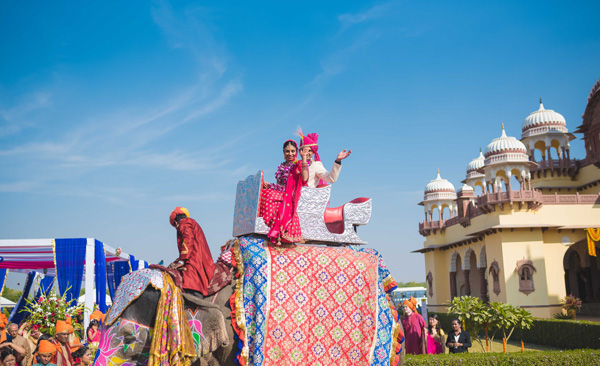 Rajasthan is a place that can proudly boast of the rich cultural heritage that it carries. The name of the state literally translates to “The Place of the King” and the place still stands true to its name. It is a place which is bustling with activities with a splash of joy and vibrant colors. The place attracts lots of tourists all around the year but one of the most important festivals that attract a heavy number of tourists it the Marwar Festival of Jodhpur. The festival was earlier known as the Maand festival. It is a showcase of the cultural heritage of the place which includes the traditional dance, music and art topped with the mouth-watering cuisine of Rajasthan. Rajasthan is such a place where royalty is a way of life and is deeply rooted in the culture of the state. The place is beautiful lined with palaces and forts that have stood the test of time and leave the tourist in wonder at the architectural beauty of these. Rajasthan can be experienced in its full bloom by the tourists during the two days of the Marwar festival.

About the Marwar festival of Jodhpur 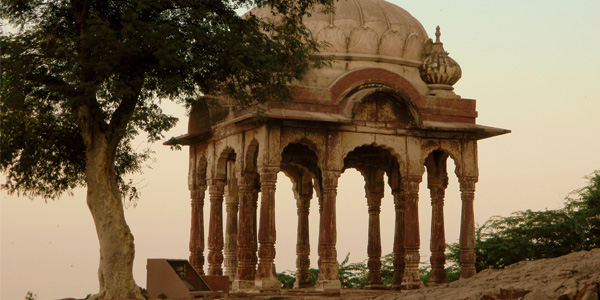 The festival is celebrated in the month of Ashwin, a month of the Hindu calendar which falls between the months of September and October. It starts on the day of the Sharad Purnima, a full moon, and goes on for two days. The weather at this time is perfect to enjoy this festival. People showcase the traditional dance along with the traditional music. This year the Marwar festival will take place from the 12thof October to the 13th of October. This is the time when Rajasthan is flooded with tourists who come to this festival celebrating the richness f the cultural heritage.

This immensely popular festival takes place at different venues. Some of the famous venues include the Umaid Bhawan Palace, Mehrangarh Fort and Mandore. The spectacular venue plays an important part of the festival and these monuments lend their charms to the festival and make it even more popular. The travelers are happy to explore these places monuments while immersing themselves in the folk culture. The cherry on the cake is the mesmerizing dance performance of the people.

The aim of the Marwar festival is celebrating the heroes and warriors of the land. The warriors who have laid down their lives in wars while protecting the honor of their homeland are immortalized in the songs and poems written in the praise of their bravery. The dance performances depict scenes from the lives of the kings and warriors. The festival also highlights the richness of the culture of the place through the dance performances which are not lost to this day. 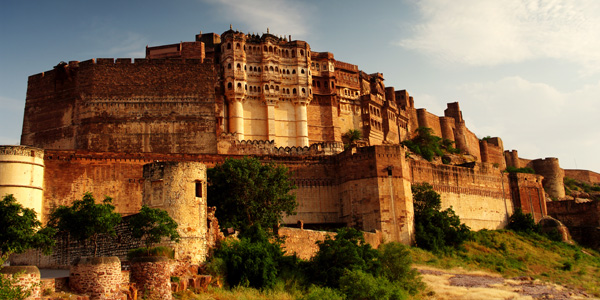 The major attraction at Marwar festival is the folk-dance performance against the breath takingly beautiful view of famous monuments. The performers delight the tourists with their colorful costumes dancing to the traditional music. The dance performances also depict the romantic lives of the kings.

The major forms of dance that are popularly performed at the festival include Dandi Gair which is the folk dance of the Bhil tribe of Rajasthan, the Kalbelia which is performed by the snake charmer community of the region and it celebrates their unique way of living, and Ghoomar which is one of the most famous folk dances of Rajasthan and as the name suggests involves spinning in circles. The attire the performers wear for these folk dances lend a magical touch to the performances. The women wear colorful flared skirts with heavy silver and gold embroidery and the men wear long colorful kurtas that go upto the knees paired with the traditional dhoti and top it up with colorful turbans.

Apart from the folk-dance performances that constitute the major of the Marwar festival, it is not the only thing that is an attraction there. There is a camel tattoo show and polo matches. The tourists can indulge themselves in shopping too as there are little kiosks selling beautiful and colorful items. The shops sell the traditional leheriya and bandhini, dupattas, kurtis and sarees that are as colorful as the rainbow, colorful glass bangles, decorative pieces of handicraft and the traditional attires.

One can also buy the traditional gems and jewelry. There are shops that also sell some traditional snacks such as Ghevar. The ghevar is a very popular sweet of Rajasthan which made of milk and a generous amount of ghee. The tourists also get a chance to pamper themselves with the mouth-watering local cuisine, which includes the very famous Dal-Baati Churma.

The people can also explore the famous monuments surrounding the area such as Umaid Bhawan and Mehrangarh fort. For adventure loving people, there is a unique sport called Zip lining in the vicinity. Jodhpur is one of the few places in India to offer this sport and it can fulfill one’s appetite of speed and thrill. One of the most recommended activities for tourists is a picnicat the artificial lake of Balsamamd. The sunset there is a beautiful spectacle and can remain etched in one’s memory for lifetime. 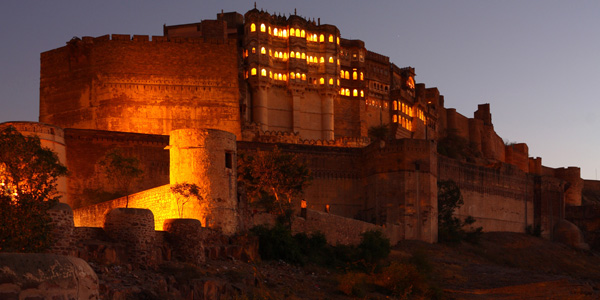 Jodhpur is a well-connected city, be it by airways, roadways and railways. One can take whatever means of transport they find the most convenient and comfortable. It is advised to book the tickets well in advance as Jodhpur experiences the highest footfall of tourists during the time of the Marwar festival. One can get on a direct flight to Jodhpur from all the major cities like Delhi, Mumbai, Jaipur, Kolkata, Udaipur and Jaipur.

It is also well connected by railways and usually has a direct train connection from all the major cities. By rails, Jodhpur comes under the North- Western Railways. The luxury trains like Palace on Wheels and Maharaja’s Express also travel on this route, going through Jodhpur. People can also travel by road if they want to. Travelers can get on a direct bus from Delhi, Agra and Ahmedabad that ply regularly on the roads. The condition of the roads is also good, so it does not make travelling a difficult task.

To sum it all, the Marwar festival offers an overall exciting experience to the people visiting. The festival is an attempt to keep the dying tradition and culture of Rajasthan alive. It also reminiscences the heroes of the land and tell us that the bravery and legacy of the heroes continue to live long after they are gone. They celebrate the lives of their kings and warriors who are regarded as the heroes of the land. The Blue City, as Jodhpur is known as, turns into a colorful city for the Marwar Festival displaying the colors of joy, bravery, sacrifice and love. 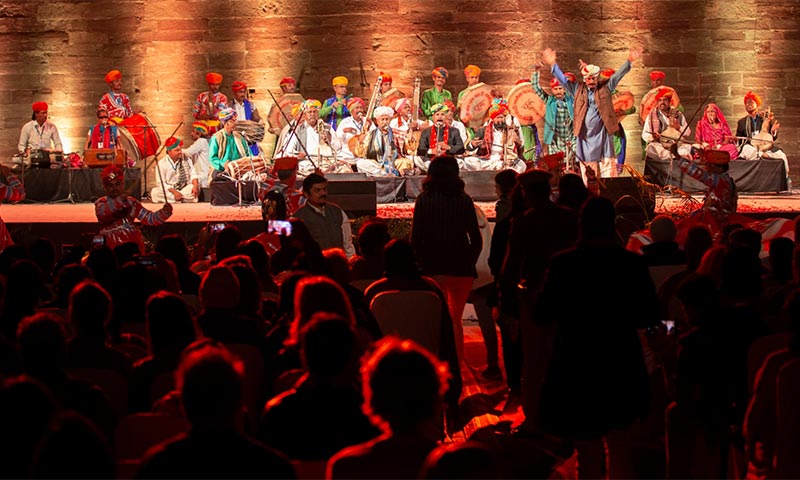 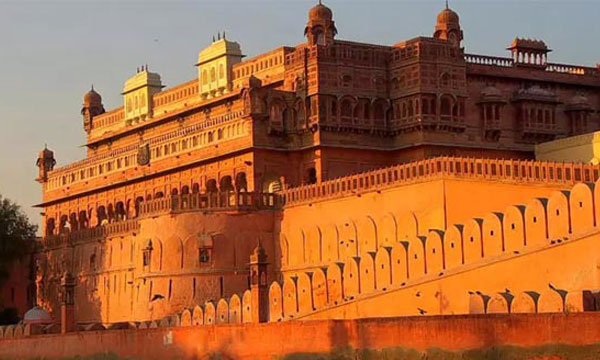 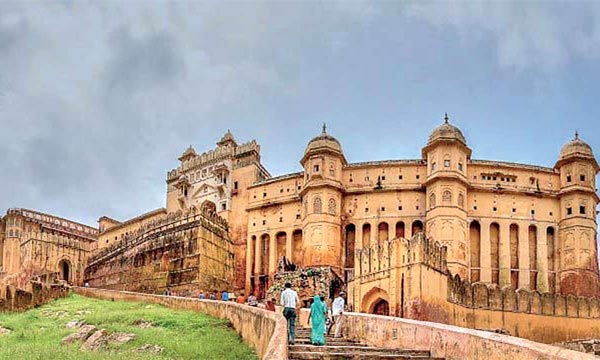