A perfect blend of rituals, entertainment, and competition of two towns. 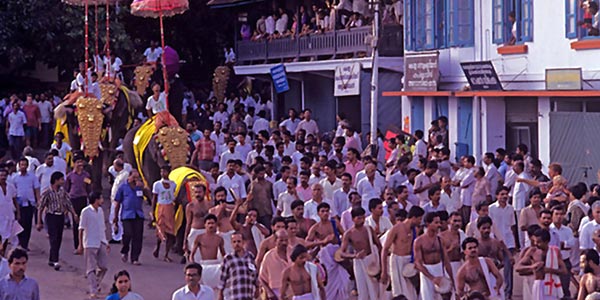 What is Nenmara Vallangi Vela?

What are the events and activities of Nenmara Vallangi Vela? 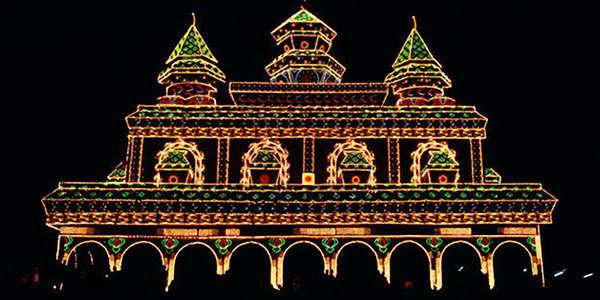 Wonderful lights, fireworks, art forms, and amazing decorations are the highlights of this festival, giving an extraordinarily remarkable experience to the visitors. On the 20th day of Malayali month Meenam, the one who visits Nellikulangara Bhagavathy Temple, would be able to witness wonderful procession which consists of caparisoned elephants and other decorated items along with thousands of villagers. These elephants are taken out from the two villages, i.e., Nenmara and Vallangi and are made walk in the procession which moves towards the temple. Once the villagers from both the villages reach the temple, they stand on two sides facing each other similar to the face-off competitions. They stand beneath the stage which is called Utsavapandal, and show their skills or performances. Their performance consists of traditional singing or dancing, giving tough competition to each other. Also, there are astounding art forms such as Kummatti, Karivela and Andivela which accompany this festival increasing its glory. The beautifully decorated Anapandal (used for housing the elephants) is another striking and delightful feature of this festival. 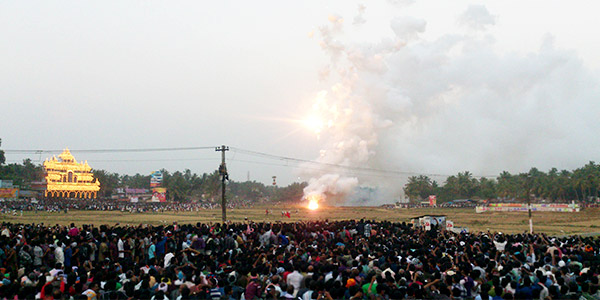 The Malayali month Meenam falls in April, and the paddy field which is filly green acts as a celebration ground for the Nenmara Vallangi Vela festival. One of the best cultural art forms of Kerala, Panchavadyam, is played during this festival with its best players. The finest elephants of Kerala are used in the procession during the festival. These decorated elephants are seen carrying idols of the deity on them at the Nenmara and Vellangi Vela Pandals. Anapanthal, a large infrastructure of each desom is also an interesting scenery of the Nenmara Vallangi Vela. The Anapanthal is made using various materials such as bamboo, wood as well as small clubs to add an electrifying touch to it and increasing the beauty of the festival. This annual festival of Kerala also has an association with the agricultural heritage of India, as it is celebrated by Nenmara and Vallamgi villages after the paddy harvest.