Be a part of the grand festival of elephants 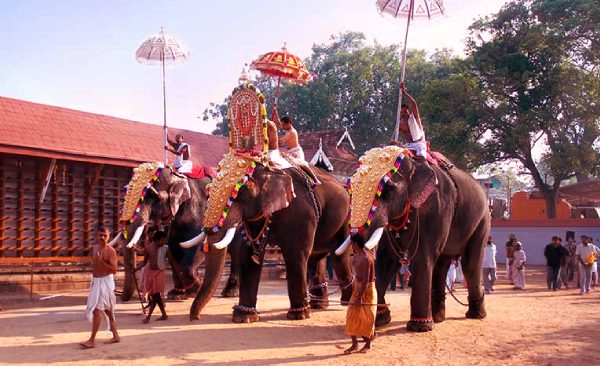 Every year thousands and thousands of people attend this festival just to get a glimpse of cultural India; many of these tourists are from all across the world to get to know about India and its traditions. Paripally Gajamela is a festival that is one of its kind and has some really unique and different rituals that unfolds the interesting history and religious beliefs of the people from different regions in Kerala.

The festival is held at the Kodimoottil Bhagavathy temple, which is located in Paripally, hence the name Paripally Gajamela. This situated at the Kollam district, 48 km to the north of Thiruvananthapuram in Kerala.

The Paripally Gajamela is celebrated in the month of March and in Kumbham, which is the Malayalam month.
It is a 10-day festival. 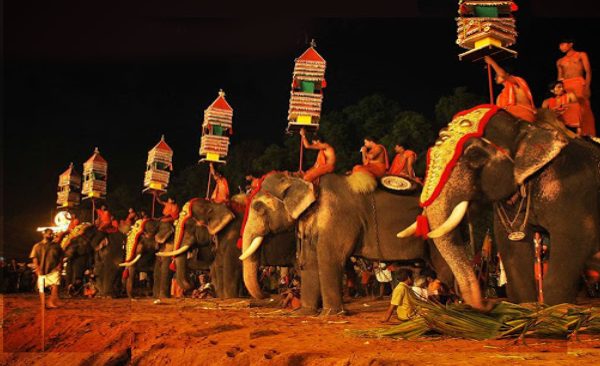 The name Paripally Gajamela is after Paripally the place and gajamela, which means a fair or a festival of elephants.

This festival is a grand celebration and hosts as many as 50 caparisoned elephants. These elephants carry out a magnificent parade as a tribute to the deity.

This festival is a dedication to Goddess Bhadrakali and is a part of the annual festival that takes place at the Kodimoottil Bhagavathy temple. There are many cultural programs and events that are arranged for the entertainment of the devotees.

The majestic elephant parade takes place on the 10th and the concluding day to increase the merriment of the locals and the tourists.

Many other social projects are also organized along with this huge parade as a feature of this occasion at the sanctuary premises for the amusement of the visitors.

Some of the rituals at this festival are: - 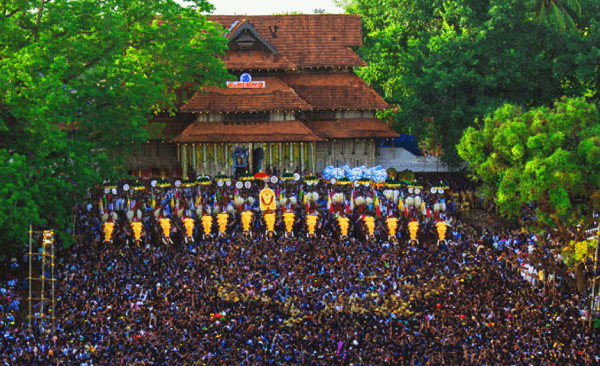 One of these is called the NERCHA-offering that is the ritual of the offering of elephants to the deities.

There are many other cultural programs to exhibit cultural diversity in Kerala.

It is believed that the offering of the elephants satisfies the deities and grants the wishes of the people worshipping. There are huge colorfully dressed up elephants with mahouts atop them, holding high tinseled silk parasols and swaying white tufts and peacock feathers at the beats of the divine music.

The Gajamela starts around 3pm at the traditional melam and then head towards the Paripally junction and then go towards the temple accompanied by Thakappoly.

This is also a get together of the people there, and the festival also brings a lot of joy to the local families and gives great entertainment to the tourists.

One should absolutely plan their next visit to the Paripally Gajamela and experience this fascination and one of its kind festival at the state of Kerala, India.