The Taj Mahotsav festival in Agra - Celebration Monument of Taj 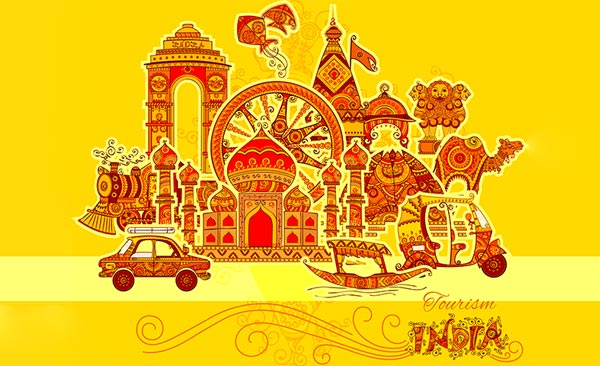 Agra is the often called the city of love as it holds the evergreen symbol of love which a husband gave to his wife, namely the majestic Taj Mahal. Other than this the city has its own historical essence as it finds a mention in the epic of Mahabharata as Agravan. It has been believed that the city was found by the Sultan Sikandar Lodi, ruler of Delhi Sultanate and it was earlier known by the name of Akbarabad and remained the capital of the Mughal Empire.

Later on, the capital was shifted by Shah Jahan from Agra to Delhi, but the place still holds a position in the space of architecture. The Taj Mahotsav is inspired by the Taj Mahal itself. It is ten days long event which is conducted every year from 18th February to 27th February. It brings in the Mughal spirit among the people and takes us back to the medieval days of Nawab styles which were prevalent in Uttar Pradesh in the 18th or 19th century.

In case you are planning their trip to Agra, February is the best month to visit as you may experience one of the Seven Wonders of the World, Taj Mahal and at the same time one gets the chance to attend the ten-day festival of Taj Mahotsav where the ostentatious building of Taj Mahal is celebrated every year. 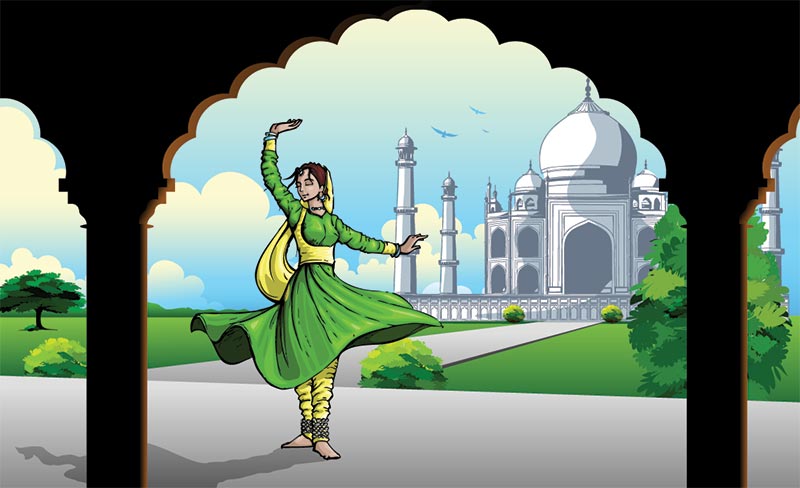 Every year, the festival is celebrated on the basis of a theme or message wherein all the performances are given in accordance to the theme or in the remembrance of that particular message. Mostly the themes are regarding the heritage of India and how it should be preserved for the future generations. The cost of the ticket to the ten-day gala is meager. One ticket costs Rs 40 and children who are below the age of ten years can attend it for free of cost. The best part of the event is that foreign visitors are not charged with any sort of entry fees. 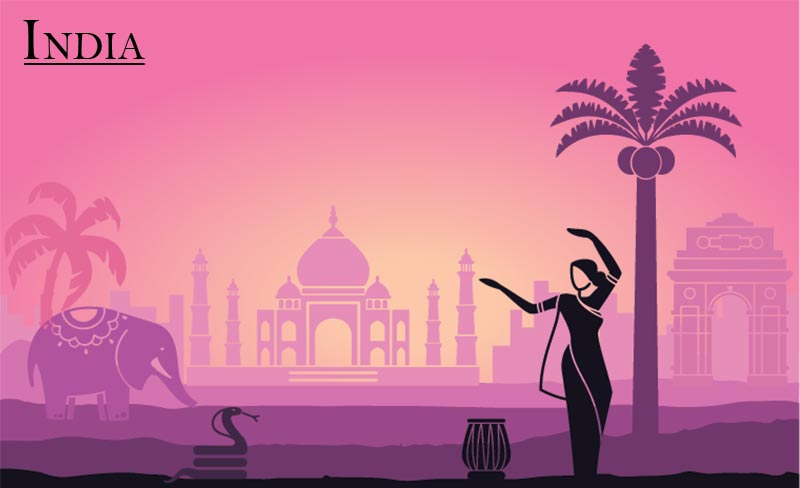 The Taj Mahotsav or the Taj festival showcases a variety of artwork and the festival is a sort of exhibition of the artisans coming over from different corners of the country. The festival is spectacular platform wherein one can discover the rich culture and heritage of India by the means of Indian craftsmanship. The ten-day event is organized in the name of these craftsmen and they get a chance to present their beautiful and amazing artwork which is quite rare these days. The fest is organized every year and people of Uttar Pradesh wait eagerly for this ten-day event. The fest is annually conducted in Silpagram which is near the eastern gate of Taj Mahal.

This festival is one of the most vibrant occasions of Agra and every year people come from different cities just to see the Taj Mahotsav. It gives a huge platform to artisans to display their spectacular specimen of work. Other than that people visiting the festival get knowledge about the rich art of India prevailing in the Mughal era. Tourists may witness the culture, cuisine, dance and music of India as well in this festival. Taj Mahal is itself very popular as tourist attraction and during this event the whole of Agra experiences a huge influx of tourist from India as well as abroad. The ten-day event is sponsored by Uttar Pradesh and is organized by Taj Mahotsav Committee under the authority of Commissioner, Agra Division. Taj Mahotsav can be called the “Gala Carnival” of Uttar Pradesh wherein the talents of our artisans is displayed at a public platform. 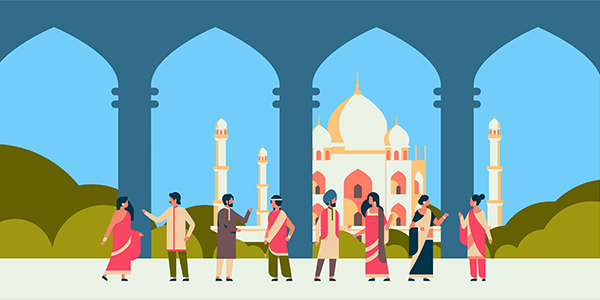 The Taj Mahotsav is one of the impressive fests of Agra which is conducted in a grand procession and brings in the memory of Mughal era in the streets of Agra. The procession is one of the main attractions of the ten-day fest. These parades actually depict the grandeur and valour of the Mughal Emperors and rulers who have contributed a lot to the history and evolution of India as a country. Elephants and camels are beautifully adorned; the drum beaters of the procession are also loaded with ornaments.

Even the trumpet players are wearing amazing costumes and the entire procession can be considered as whole of India walking towards its destination. All the artists coming from different parts of the country showcase their talents during the parade and the core part of the procession, artisans and craftsmen with extraordinary adroitness are in their finest regional attire when they are participating in the procession. It is indeed evident that the Taj festival is celebrated with lot of zest and enthusiasm; one can witness the best performances by some of the renowned artists. There are performances of dance, drama, music which leaves you awestruck. Some of the common dance performances which are performed annually in the fest are Lavani of Maharashtra, sapera dance of Rajasthan and Nautanki (drama). These folk shows are the fundamental part of Taj Mahotsav and they allow you to enjoy the nawab styles of medieval period.

These performances are so impactful, and action packed that leave a strong impression in every person’s soul and it would be longer that even you would be dancing to the tunes and music of these performances. This festival is mainly conducted so as to provide the Indian craftsmen and artisans a platform where they can come and project their talents in front of the whole world in form of their handicraft goods. It can be called as an exhibition of their handicraft goods which are not so commonly available. These handicrafts are also available for sale and the tourists and visitors can buy these unique and rare goods and take it as souvenir. 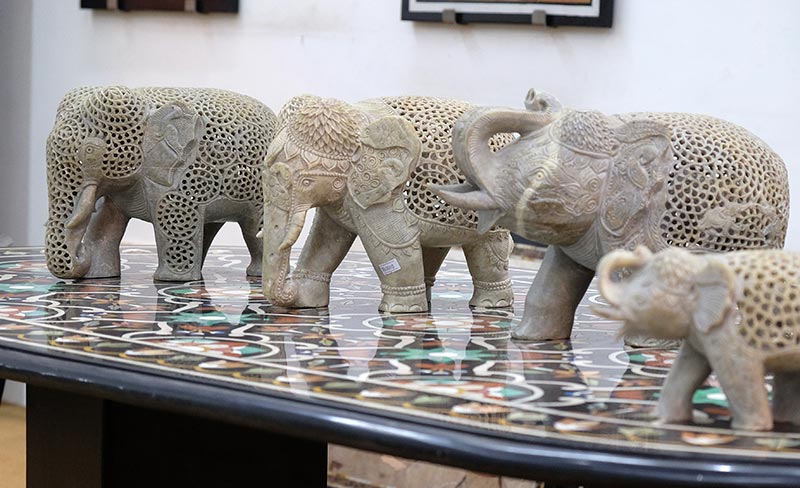 Every year about 400 to 500 artisans belonging to different parts of the country get a chance to present their art work in this ten ay event. These art works include stone carvings, wood carvings from Tamil Nadu, and then one can also see the bamboo or cane work of North-east India, paper mash work of South India and Kashmir is also very famous. Agra has also got some artisans from the city itself known for marble and zardozi work, wood work coming from Saharanpur, even metals isused to make goods such as brass wares from Moradabad. Then there are carpets from Bhadohi, the popular chikan work of Lucknow, pottery items from Khurja, hand printing from Farrukhabad. West Bengal has also got artisans famous for Kantha stitching. The known silk and zari work from Banaras and carpets and silk shawls from Kashmir are also at display in the festival. This shows that there is no dearth of artwork in India, in fact India should be propagating their handicraft work all over the world and this festival is one of the stepping stones to achieve that grand status.

The other activities which are going on simultaneously are exciting animal rides, people get a chance to sit on the backs of elephants and camels and roam around the colourful festival. There is also a food festival organized during these celebrations and people with huge appetite should definitely taste the different flavors of India. The food festival offers multiple cuisines at different stalls and the smell is itself alluring which will automatically draw you to these stalls.

This carnival is also used as medium for propagating some social issues and initiatives as lots of people come to attend the carnival, thus Uttar Pradesh State AIDS Control Society uses folk dances to make people aware about AIDS and they are also leading a movement against all sorts of discrimination which are suffered by AIDS inflicted people.

A festival trip to India lets you have a glimpse of the royal era, the rich wildlife and the beauty of the several cities, is something every traveler needs at least once.[…]