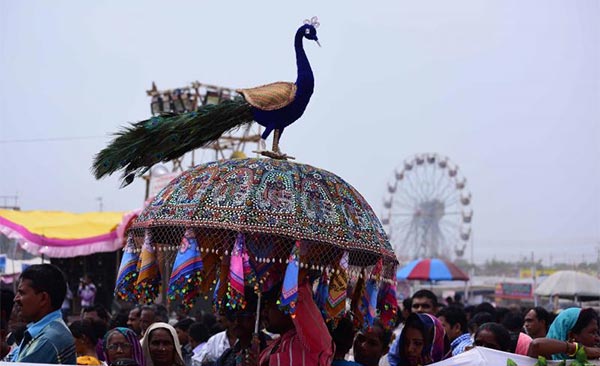 Gujarat, a beautiful state in India, is famous for being the land where Gandhi was born. The state has a diverse and beautiful culture and some crazy and fun traditions. The people of the state create dance by just clapping their hands and moving along in a circle- these are the people who know how to celebrate and party in a grand manner. They are the ones who make the state’s culture so vibrant and colourful- the people of Gujarat are the ones who paint the state incredible. Right from the food like dhokla, fafdas and jalebis to playing garba and dandiya or to the cultural attire of chaniya choli, there is nothing subtle about this culture- they own the colours and celebrate life. 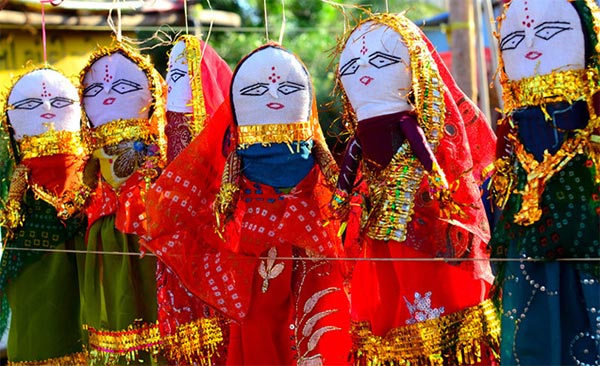 One such festival that celebrates the culture of Gujarat is the Tarnetar Mela, which takes place in the Tarnetar village in the Surendranagar district of Gujarat. The fair is held in the month of March and attracts a crowd of over ten thousand people. The mela is not just visited by the locals of the village, but the people from all over the country and also grabs the attention of foreigners who are enthusiastic about the flamboyant culture of India. The highlight of the Mela are the Swayamvaras that happens between the local tribal youth. This Mela happens annually to celebrate the wedding of Arjuna with Draupadi. 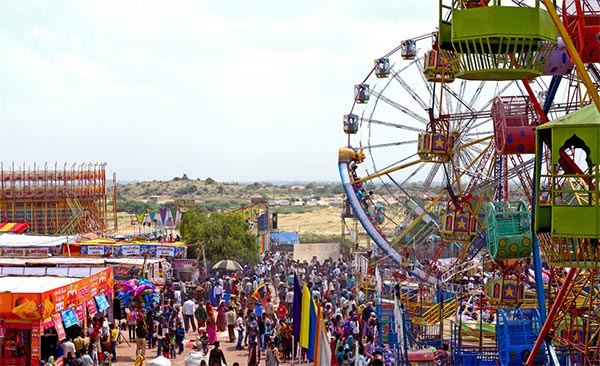 The Tarnetar fair is celebrated along with the festival at the temple of Trineteshwar in order to celebrate the wedding of Draupadi with Arjuna, one of the Pandavas. The Mela is celebrated in the area surrounding the Trineteshwar Mahadev Temple. The fair is celebrated following the legend of Draupadis swayamvar, which is a ritual where one chooses their own partner out of multiple options. In this ceremony, the prospective partners perform something to show off their skill, in the same way, Arjuna with an arrow, pierced the eye of a rotating fish just by looking at its reflection in the water. This is how he won her heart, becoming her partner and marrying her.

Following that legend, many tribal youths get married at this Mela to this date. There is love and romance in the air at the Tarnetar fair. The Swayamvaras are the main reason why many tribal girls and boys dress up in vibrant colours and come to the Mela. The men who are looking for brides carry a Chattri (Umbrella) on their head- these umbrellas are embroidered and have mirrors fixed on to them. This is their gesture to show their craftsmanship and attract women who then have a potential of becoming their bride. This is the place where the tribals get to choose their partners and the men try to woo the women. The women talk to the interested men and choose accordingly. 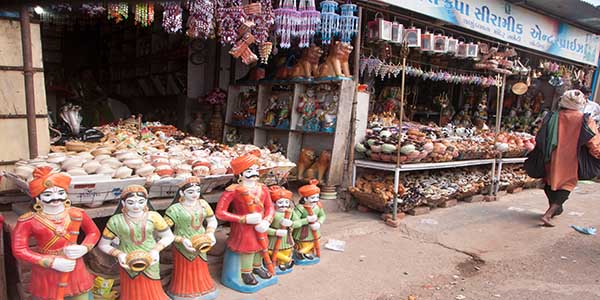 The fair is the oldest festival of Saurashtra. The fair happens in the Bhadrapad month of the Hindu calendar and is mainly the celebration of the folk art of Gujarat. There are men and women dressed in their traditional attire, while there are folk dances performed by people from the village as well as other surrounding villages. The women dance in circles to the beats of the drums and the flutes. There are multiple ferris wheels throughout the ground, along with other rides which attract many young kids. The kids also run towards the numerous photo stalls and magic shows that happen around the fair. As for the women, there are many tents which sell a lot of authentic Gujarati clothes and jewelry. The place has exhibitions of handicrafts, cattle and sports. The festival is a symphony of the folk dances, music and costumes of the state.

The men wear dhotis and turban, with embroidered kurtas which have mirrors fixed on them. While you will see women wearing chaniya cholis which also have embroidery and mirrors fixed on them. The whole atmosphere is lively and vibrant. This place is a great platform for the men and women of the small villages of Gujarat to show their talent and sell their handicrafts.

With over 100,000 visitors, a lot of preparation goes into organizing this fair. This is their time to dance, sing and have fun and they plainly let go of their worries and enjoy the three days of the fair. If one visits this place during the days of the fair, they will get to witness the enthusiasm and energy that is stored in the hearts of the people of this place. This fair becomes one big festival for love, music and dance to bloom the village of Tarnetar. One will understand the beauty of such a fair only after visiting one. The energy level is high everywhere and this makes one feel alive as they connect with the loud music, vibrant colors and lovely people. 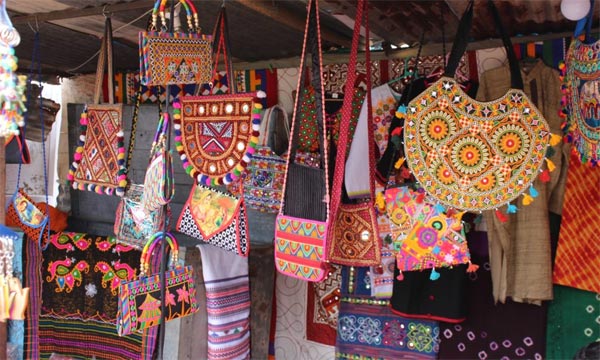