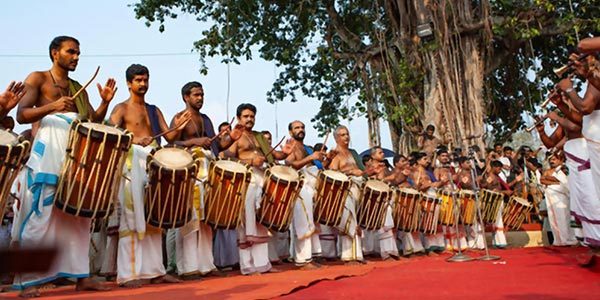 The richness in culture and heritage has always been an integral part of Indian history. Each state has its own set of unique festivals that are celebrated with great pomp. One such state is Kerala - God's own country. A wide range of different festivals is celebrated by the people of Kerala such as Swathi Sangeethotsavam and Thirunakkara festival. 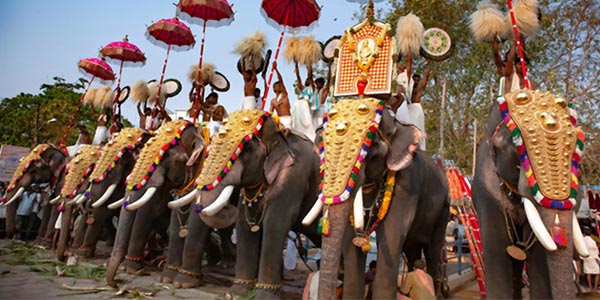 The Thirunakkara Arattu is amongst those festivals that have garnered huge popularity among people, not only Kerala but all over the world. It is celebrated in utmost grandeur by devotees of Lord Shiva who perform the ritual of 'Attaru,' which constitutes a bathing ceremony of his idols. Along with a grand idol of Lord Shiva, nine beautiful idols of elephants are also bathed. All those idols are decorated in a distinct manner and loaded with shiny ornaments. A large crowd of tourists pay a visit to this festival each year and take part in the religious ceremony.

According to the Malayalam calendar, this festival is celebrated beginning from the first day of the Meenam month which falls somewhere around March-April. Then the procession is continued till ten eventful days, each one having its own peculiarities and celebrations.

Apart from the bathing ritual, musical activities are also conducted as a part of the Thirunakkara festival. Drummers join in to display a piece of traditional music in front of the crowd. However, the most awaited part of the celebration is the dance performed by professional Kathakali dancers. It is highly anticipated by all sorts of people, regardless of their religion, age, or gender.

The beautiful costumes of the dancers and their enticing makeover are something that makes Kathakali famous all over the world. Those dancers perform all till sunrise on the third and fourth nights of the festival. Their dances are eye-catching and are loved by visitors.

Location of the festival

Thirunakkara festival is celebrated with great pomp at the Thirunakkara Mahadeva temple in Kottayam district of Kerala. It spreads over ten days, which are filled with pomp and excitement of the devotees. 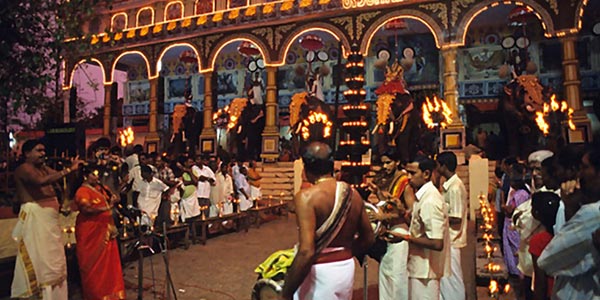 Although the basic motive and idea behind the whole festival are worshipping Lord Shiva, the Attaru is not the only activity taking place throughout the ten days. As mentioned previously, dance and musical events are also arranged. Besides those, stalls and temporary spaces are set up to display the industrial and agricultural produce of the locality. They are traded and sold by the regional merchants. Nationwide visitors look forward to the other cultural events held at the festival such as entertainment programs.

A fine blend of culture, arts, and religion can be witnessed in the Thirunakkara festival which is the main attraction for the visitors.

It is interesting to note that not only the localities, but also people belonging to different states and countries visit this festival irrespective of their caste or background to indulge in the festive spirit and witness a part of the rich heritage that India offers!