Hyderabad bags the title of India’s most vegan-friendly city 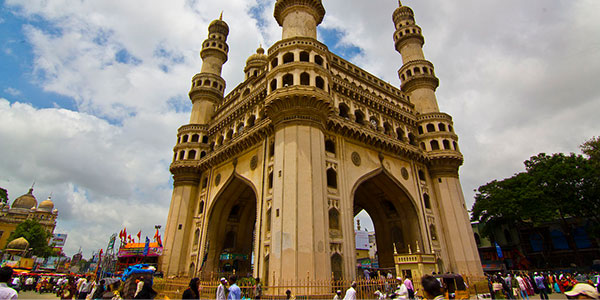 Recently, Hyderabad bagged the title of ‘India’s most vegan-friendly city’ for 2019. The noteworthy thing is that it is soon after the city was named the UNESCO Creative City of Gastronomy. Well, the news is quite surprising for all as Hyderabad is usually perceived as a favorite city of non-vegetarians due to the city’s wide range of Mughlai dishes. The news of PETA (People for the Ethical Treatment of Animals) recognizing Hyderabad as the Most Vegan-friendly City in 2019 came just after a week of UNESCO’s announcement.
The city has managed to achieve the status because of the increasing no. of vegan restaurants. The eateries like Terrassen Café – Poets and Oats, Smart Alec – Alternative Deli, Cookie Queen and the Lush Glaze offer a wide range of dishes and desserts. All these food items are free of animal-based ingredients that include milk, eggs, and butter. Frozera also serves a wide variety of dairy-free ice-creams.
Plantarium, a vegan-friendly store is also there in the city. The store provides everything that a vegan diet follower may ask for. The products available at the store include vegan treats, cosmetics, proteins and much more. Dr. Kiran Ahuja, PETA India vegan outreach coordinator said, “The global interest in a vegan lifestyle has never been higher, and Hyderabad is leading the country in responding to it.”
Having bagged the prestigious title, Hyderabad has emerged as a hub of vegan lovers. Besides meaty curries, the city is now also recognized for animal-free food.