Tourist places to visit in Haryana

Haryana is known for its distinct culture and heritage making it an interesting travel destination as well as an industrial hub for its proximity to cities like Delhi and Chandigarh. Haryana represents the face of modern India. The one which is heralding the future yet prides itself of being rooted in its magnificent culture. Today Haryana is positioned among one of the wealthiest and most economically developed regions in South Asia.

There are several recreational centers in Haryana made exclusively for the tourists. Haryana Tourism is focused on cultural, adventure, pilgrim, golf tourism and for developing craft centers across different locations within the state.

The different heritage sites of Haryana have been preserved by Haryana Tourism Development Corporation. The government has also worked on the development of infrastructure as well as towards developing new tourist spots across the state. There have been attractive tourist complexes have been made to offer comfortable accommodation at reasonable prices.

The state is known for its folk music and dance, handicrafts, pottery and different kinds of embroidery and weaving. To display the handloom, handicrafts and the colorful culture of Haryana, the state government organizes the grand Surajkund Crafts Mela (Fair).

Haryana also attracts tourist for being a major adventure sport destination of the country. Adventure Club was formed in November 1991 to promote adventure and attract the adventurous tourist group. Rock climbing, river rafting, canoeing trekking and parasailing are some of the adventure sports activities that are conducted at different places in the state including Pinjore gardens, Damadama Lake, Panota Sahib to Hathnikund.

Another main attraction of the state is its golf tourism. The state is the proud owner of two big golf courses owned by Haryana Tourism. Spread over 45 acres, The Aravalli Golf course of Haryana Tourism was designed by Stephen Kay, a renowned golf course architect from the U.S.A in 1988. The other course, named the Highway Golf Course, is a 9-hole course adjacent to the Karna Lake on National Highway 1. 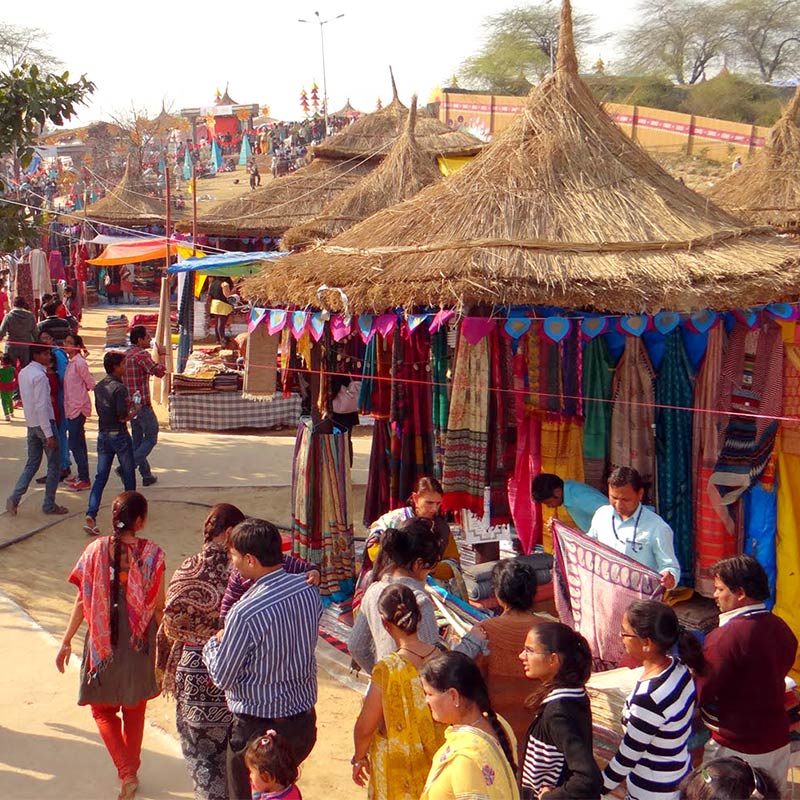 Things to do in Haryana