A state with rich history, cultures, different ethnicities, religions and languages that add to the beautiful landscape, forests, coastal beauty and heritage, West Bengal showers an overall lovely vibe. It attracts a great number of tourists every year because of its plethora of mesmerizing landscapes, blossoming tea gardens, green forests, amazing wildlife, temples and historic monuments built during the British era. It is a land of varied charm with snow-capped mountains in Darjeeling in the north followed by a vast expanse of forest, tea plantation and wildlife in the Dooars region in the foothills.

It bears witness to magnificent constructions of buildings, with Neo-Gothic, Baroque, Neoclassical, Oriental and Islamic schools of design. Kolkata is known as the “City of Joy”. Bishnupur is famous for its terracotta temples. Hazarduari Palace, which is a popular tourist attraction hosts the world’s second largest chandelier. Places like the Victoria Memorial, the Howrah Bridge, and the Hoogly Bridge are iconic of Kolkata. Cemeteries established by the British when Kolkata was the capital of British India like South Park Street Cemetery and Scottish Cemetery are well known.

Freedom movements, the birthplace of revolutionary ideas, freedom fighters, literary icons, West Bengal is the city of evolving ideas and thoughts of history, culture, and modernity coming together. The Kolkata tram system is the only tram system presently running in India. The first underground railway to be built in India is the Kolkata metro with the first operations commencing in October 1984. Bengal is also mentioned in the Mahabharata, all thanks to its geographical location that is far stretching from the great Himalayas to the Bay of Bengal.

Bengali cuisine is known for its subtle and sometimes, fiery flavors and its assortment of confectioneries and desserts. Rice is a staple food, milk an important source of nutrition and a key ingredient in desserts. Meat and fish are consumed by nearly everyone in the Bengali community. Freshwater fish is the most distinctive feature of Bengali dishes. Unity in diversity, cultural amalgamation, and historic vibes is what West Bengal offers to those who dare to! 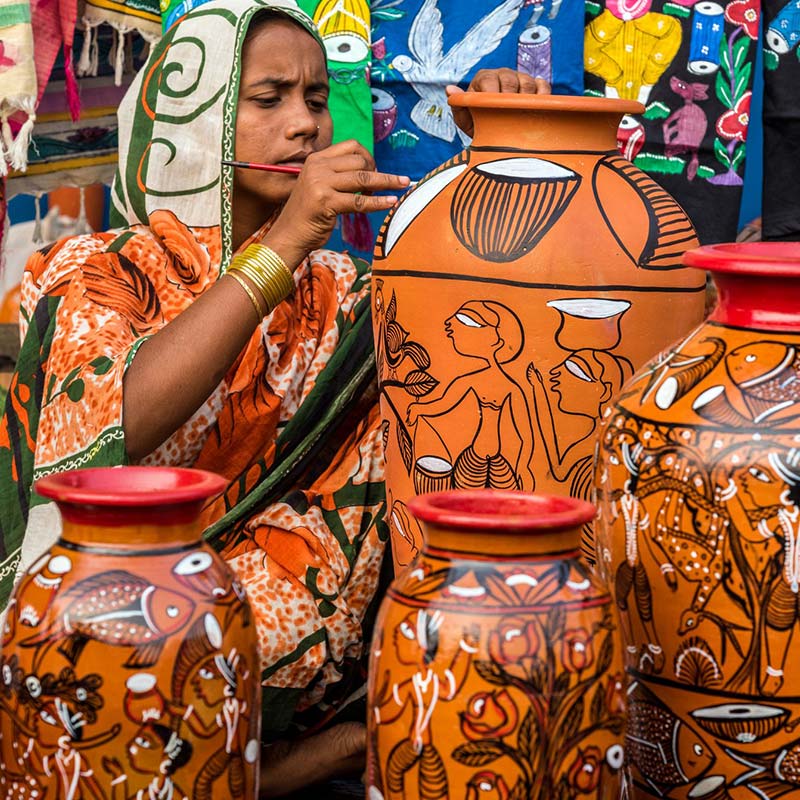 Things to do in West Bengal