Bathukamma: The floral festival of Telangana 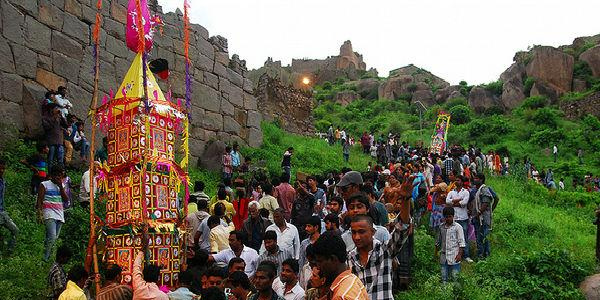 The monsoon season kicks in with cool breezes, blooming flowers and joy for people of Telangana. Batukamma, a prominent festival of the state falls towards the end of this season when people cherish the beauty of mother nature and pray for their well being. Batukamma in it’s true sense means “Mother Goddess- come alive!’’. Goddess MaaGauri, who patronizes womanhood and is believed to be a life giver is worshipped during this time. It is a festival which represents the culture and ethnicity of Telanganaand mainly celebrated by the women folk of the state. According to the Shatavahana calendar, this festival is celebrated for nine days starting from BhadrapadaPournami which is also the day of MahalayaAmavasya and continues uptoAshwayujaNavami, celebrated as Durgasthami in many other states of India. The festival marks the beginning of SharadRutu(winter season). 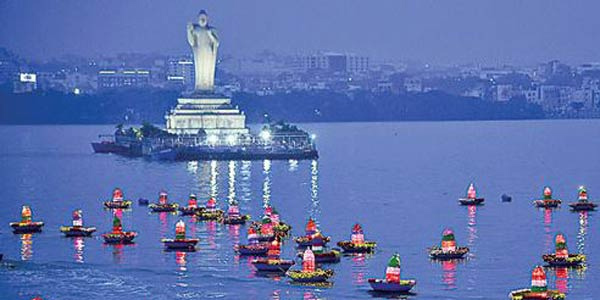 There are many stories as to why Bathukamma is celebrated:

Another legend has it that Goddess Gauri killed the demon Mahishasura in a fierce battle, after which she came and slept on the day of ‘Padyami’(first day) of ‘Aswayuja’ month, due to a fatigue. The devotees prayed to wake her up after which she woke up on Dashami.Hence the nameBathukamma.which means ‘come back to life, mother’.

Accordng to another famous story, Chola King ‘Dharmangada’ and his wife ‘Satyavati’ lost 100 sons in the battlefield and prayed to Goddess Lakshmi to bless them with a girl child. Their ardent prayers came true when a girl was born, and people blessed her with immortality. 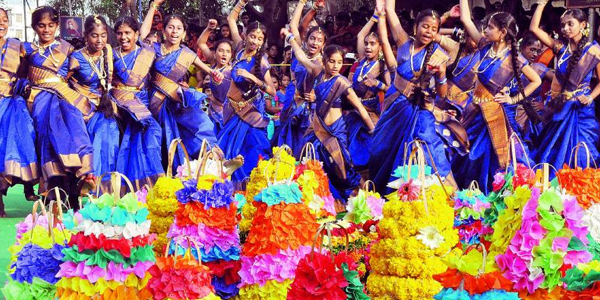 During monsoon, the land of Telangana gets covered with beautiful and vibrant coloured flowers. Most of them are ‘gunaka’ and ‘tangedu’.During Batukamma, married Telugu women visit their parent’s home to celebrate the festival of colourfulflowers. They collect gunaka and tangedu flowers along with Banti, chamanti and nandivardhanam and stack them nicely in circulars layers of different colours . They consider this stack of flowers as Bathukamma and try to build bigger stacks.

Women enjoy preparing Bathukamma. Flowers are gathered early in the day and the preparations start in the afternoon. They cut the stems of flowers and arrange them on a big brass plate called Thambalam. Some of them even dip their flowers in various colours and stack them into a conical shape. Fruits and leaves are also used to decorate Bathukamma and an idol of Gauramma made of turmeric is placed on the top of the conical Bathukamma.

On the first seven days of the festival, women make small bathukammas during afternoon; get dressed up in traditional telugu attire in the evening and play around the Bathukamma they built by dancing around the stacks of flowers in circles and clapping their hands in unison creating a cheerful festive vibe. Cone shaped cow dung lumps are placed in the courtyard of the house and rangoli is made around them. On the final day of the festival, men go out and bring flowers in huge amounts; a huge sized bathukamma is built and is placed infront of their family deities. In the evening, women carry their bathukamms on their heads and start toward a water body as a procession, singing the local folk songs. They set afloat their bathukammas one after another and return to their homes with empty Tambalams, while singing and clapping all through their way. People pray for well being, good health and happiness in their families. Unmarried girls pray for a virtuous husband. This festival brings together different communities of Hindus in Telangana and instills in them a feeling of unity and brotherhood. Adessert named ‘maleeda ’ made of sugar and corn bread is shared among the family members and neighbours.

Following Bathukamma, Boddemma is celebrated for 7 days, which marks the ends of VarshaRuthu. People make idols of MaaDurga with earthen mud and immerse them in the pond. This helps in increasing the water retainability of the pond. The flowers immersed during Bathukkama help in purifying the pond water. All together this festival is a celebration of the symbiotic relationship between man and nature and it also strengthens the bond between fellow humans.

The last day of the festival known as SaddulaBathukamma or PeddaBathukamma is celebrated with great enthusiasm in Telangana. The sounds of drum beats, along with people tuning into folk music and dancing in processions carrying Bathukammas on their heads is a treat to the eyes. During immersion of Bathukamma into the pond, women take out the idol of Gouramma from the top of Bathukamma and apply the same turmeric on their mangala-sutras praying to protect their husbands from all the existing evils and to safeguard their marital bliss.

Tourists in large number visit Telangana during this time to witness the rich culture of the state and the euphoria this festival brings to the local people. Jatharas (fairs) spring up during this time attracting people of all age groups. Various programs such as dance, dramas and other entertainment activities are organized by the communities.