Golden Temple and other Gurudwara 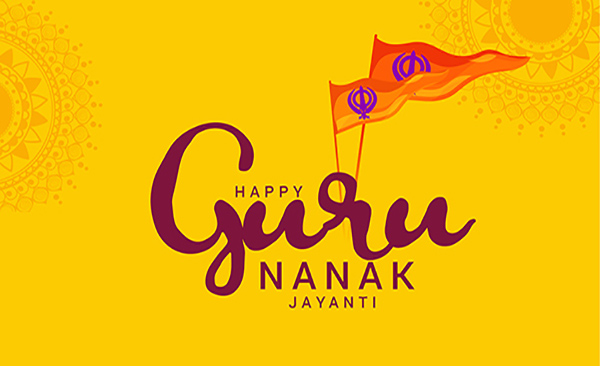 Guru Nanak Jayanti also known as Gurpurab, is the celebration of the birth of the first Sikh guru, Shri Guru Nanak Dev Ji.It the birth anniversary of the first guru of Sikhs, which makes this day very sacred for the Sikh community and also for the followers of the legendary man.

All the festivities in Sikh religion surrounds the ten gurus, who had a big hand in shaping the religion as we see it today.Guru Nanak Jayanti or Gurpurabis an auspicious day for all the people who are a member of Sikh community. This day marks to birth of the founder of Sikh religion. The day begins with early morning prayers at the sacred place of Sikhs, which is the gurudwara. The rituals that are followed for this day are similar everywhere and is the same for all the Sikhs. 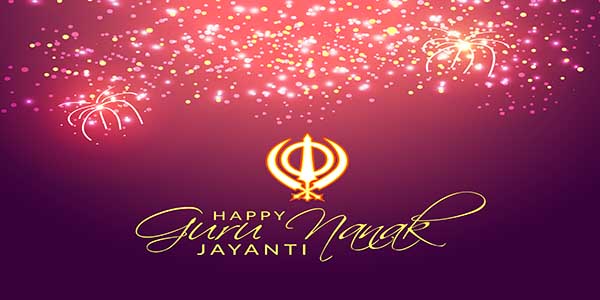 The celebration of this day begins two days prior by reading the holy book which is called Guru Granth Saheb, for straight two days or forty-eight hours in the gurudwaras. The gurudwaras are decorated beautifully during this time, the Golden Temple at Amritsar however always manages to steal the show.

On the second day, which is twenty-four hours before, there is a religious march that takes place with five people leading the way. The person leading the march carries the Sikh flag which is known as the Nishan Saheb. While the other four main members carry the palki or carriage in which their holy book, Guru Granth Saheb is kept. The other members in the march sing hymns and other folklores.

After the march, the display of bravery comes into the picture as this religion is particularly known for its bravery. Swordsmen show their art of swordsmanship by mocking the battles fought by their Gurus with traditional weapons.

On the day of Gurpurab, the puja and chanting begin early in the morning at around 5 a.m. The day is followed by reading their holy book and kirtan (hymn chanting). A langar or community meal is usually organized in gurudwaras on this day, all the people from different walks of life are welcome to be part of the celebrations. Traditional vegetarian food items are served to the guests. There is no gap created by wealth here, people belonging to almost all classes and backgrounds come together to celebrate this day.

At around 1:20 a.m. Gurbani is sung, which is the actual time at which Guru Nanak Ji was born. The kirtan ends at around 2 a.m. marking the end of the birth anniversary. The true colors of this festival are seen in Punjab, Haryana and Chandigarh where the Sikh population resides mostly. Sindhi community also celebrate this day with equal enthusiasm.

The best time to witness this festival is mid-November, there is no particular date allotted as the Hindu calendars work according to eclipses so the dates may vary by a day or two. The northern belt of India, however, looks absolutely breathtaking due to this auspicious festival. The organization of melas or fairs with a splendid display of bravery by the swordsmen makes the visit worth it. At the local melas, the tourists can find a lot of culture-based artifacts like the traditional talwars and katars, fulkaridupattas, karas and of course the delicious delicacies. 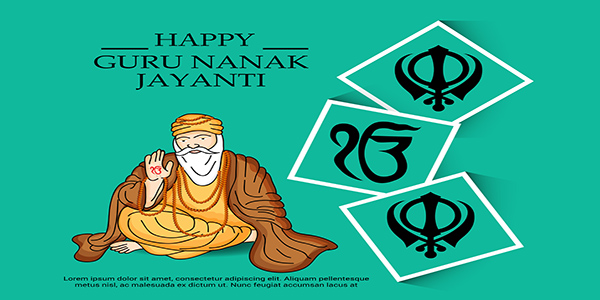 There are plenty of stories about the man who started the Sikh religion. He was just a normal man but with a great vision. He did not believe in the upper or lower caste which was very prevalent at the time. He himself was a high caste born but refused to wear the thread of a high caste, saying that he would rather have God’s name in his heart but wear it. He organized a lot of gatherings for Hindus and Muslims together because according to him there was no religion, and everyone follows the same God.

Unity is the biggest display of bravery, which is most certainly seen during this festival. The birth anniversary of Guru Nanak Ji brings a sense of togetherness among the people and also brings up positivity in the environment. People who a part of this large community, who no longer reside in India, also celebrate this day by bringing every member of their community together and celebrate this beautiful day in the same way they would have done if they were in India. 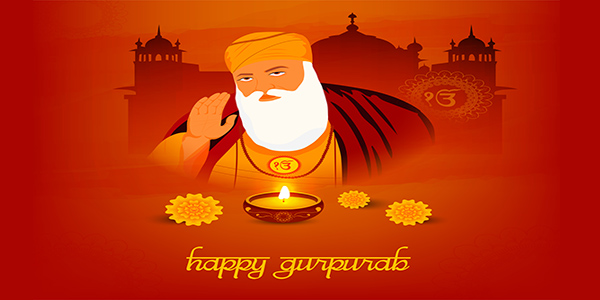 There is also a display of bhangra which is the Punjabi dance form along with the Beats of drums and fireworks.For people who are lucky enough, they get a chance to take a dip in their holy water which is exactly in the middle of the Golden Temple. This signifies that all the sins of the person are being washed away and he is now all clean. There is Langer, which manages a much higher number of people at the same time. Thousands of people are served with good, hygienic food at the Golden Temple. The travelers and tourists who are up for the absolute experience of the place can volunteer at gurudwaras and temple by helping in kitchen, serving and cleaning up the premises of the temple and gurudwaras after the Langer.

The perfect display of bravery and pride is seen during this time of the year specially in Punjab, Haryana and Chandigarh. The tourists who are interested in the Sikh culture and their mythological stories, mid-November is the perfect time for them to visit the Northern belt. During this time, a glimpse of everything is observed from fashion to bravery to food to religiousness, everything can be seen at once. Guru Nanak Jayanti without a doubt the most organized festival ever in India.