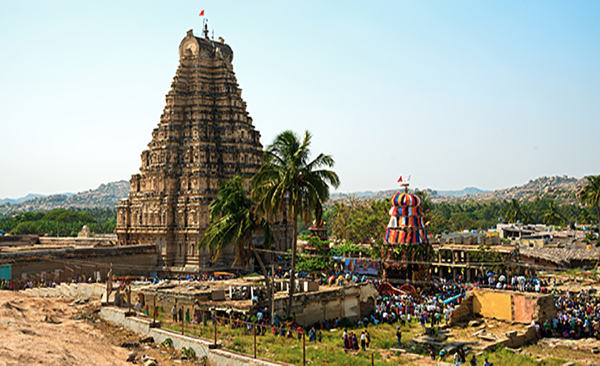 Hampi is a city located in Karnataka which is considered to have the richest history of Vijayanagar kingdoms. It was the prosperous and flourishing capital of the majestic Vijayanagar kingdoms. Although now the city is in ruins, but every year people come together to celebrate the Hampi festival with lots of colour, music and dance. Hampi is known for celebrating many festivals, while some of them are related to temples and others are cultural fests. 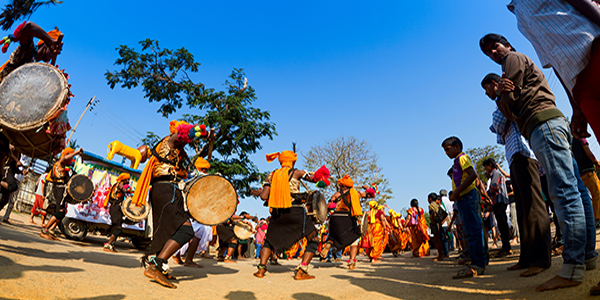 Hampi festival is considered the largest festival of Hampi region, although there is no fixed date of celebrating the festival, but it is usually celebrated in the month of January. This event is famous in the south region of India, where everyone visits Hampi to see the festivals dating back to the Vijayanagar times. Thus, it is one of the reasons why Hampi festival is also known as the Vijaya Utsav or Hampi Utsav in their local language. Hampi festival brings all the major events of Vijayanagar Empire together, especially stressing on the main events of those times. The festival gets people from different parts of India and apart from those, even Bollywood actors and popular artists attend the show as chief guest or even perform. 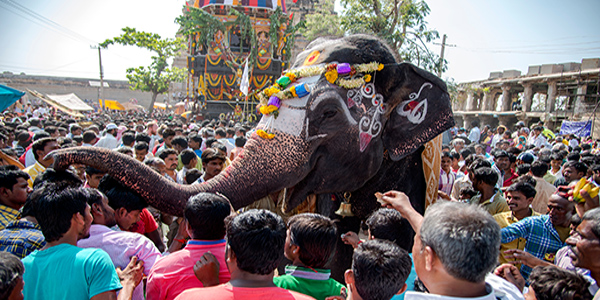 The three-day event is full of enthralling and gripping performances of dance, music, pompous procession, puppet shows, etc. It gives the people of Hampi to present the grandeur of cultural India. The three-day event consists of some adventure sports like rock climbing, water sports and rural sports. The whole event is conducted, organized and sponsored by the Government of Karnataka and there is no admission fee for attending the event. In these three days,Hampi experiences a huge influx of tourists and crowds and, thus, it is advised to have pre-bookings before visiting the place.

The three-day event of Hampi festival can be called as the “Majestic Vijayanagar Carnival” and it is one of the largest ventures of Karnataka Government as the whole festival of Hampi is organized by the name of Karnataka Government and every arrangement of the event is done by the state government itself. The festival is usually inaugurated by the current chief minister of Karnataka. The government has lately demanded that the yearly festival be extended to a five-day event as three days becomes less for the people to showcase their talent and grandeur of Vijayanagar kingdom. There are also efforts being made to make this event international so that people from all over the world would come, witness the glory of Hampi and even participate in the gala of medieval Vijayanagar times.

Hampi festival in Karnataka is full of multiple activities including dance, music, drama, extravagant processions, puppet shows and other things which give tourists and local people of Hampito revive and cheer the exceptional glory of Vijayanagar kingdom. Other than these celebrations, the whole sky of Hampi is lit up with amazing colourful crackers and fireworks which bring forth the magnificence and brilliance of the medieval Vijayanagar Empire. Hampi festival is one of the most admired events of Karnataka and attracts huge crowds every year.

Attraction of the show 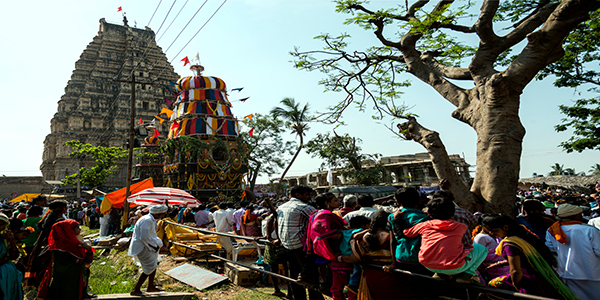 The major attraction of Hampi festival is the famous Light and Sound Show. The remains of Vijayanagar Empire are spread around the whole region. Hampi resides on the banks of Tungabhadra River and the light and sound show is conducted in the area beside the river. The whole area near Tungabhadra River is decorated and presents a parade of horses and elephants which are adorned by ornaments. Along with this procession, there are melodious sounds of pipes and trumpets which are being played during the parade. The whole show is about the struggles that are faced by Hampi, during the rule of various rulers. Along with the light and sound show, there are puppet shows, traditional dances and drama going on and the processions are being carried out in whole region of Hampi and the sky is full of crackers which are considered as the soul of this 3-day event. The festival is an entire package of multiple activities as the 3-day event not only organizes cultural events but includes sports events also such as volleyball, kabaddi, swimming, table tennis, stone lifting and others.

One of the other appealing things about Hampi festival is the path which takes you to the Virupaksha temple. The path is also known as the Raja Marg and, during the festival, the whole walkway is decorated with pretty art and crafts. The major drive in for people is the exclusive Carnatic music which is performed by the eminent musicians and vocalists. Other major attraction for tourists is the King’s balance which is located near the Vittala temple. In the medieval times, the kings used to weigh themselves on one side and keep gold and money and other things, on the other side of the balance. All those items and money was later distributed among the poor people. Thus, Hampi as a region can be called the live and open museum of Vijayanagar empire and people get to relive the moments of Vijayanagar empire by celebrating the Hampi festival every year. 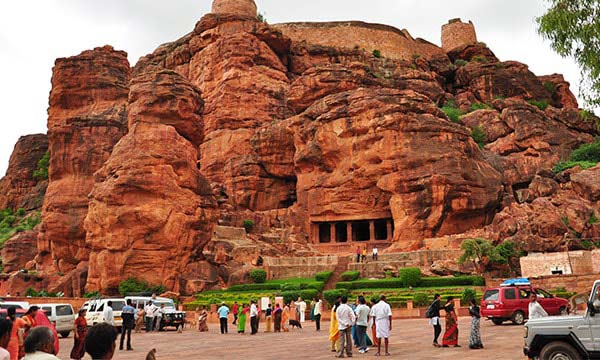