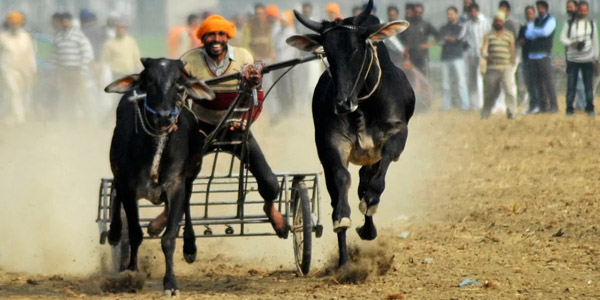 Kila Raipur sports festival also called Rural Olympics is held every year in Kila Raipur village near Ludhiana ( Punjab) in India. Its name of rural Olympics came from the fact that it is the biggest rural sports event held in India. The event is organised at Grewal sports stadium at Kila Raipur which attracts more than 4000 thousand sportsmen and women, and more than a million sports enthusiasts and lovers from all over India and also from other countries. Apart from sports lovers, thousands of tourists just come here to witness this magnificent festival and experience this whole wave of fun and joy. Besides that, several million people watch it on television, read it in the news and so on.

Some of the sports that are being played are as follows: 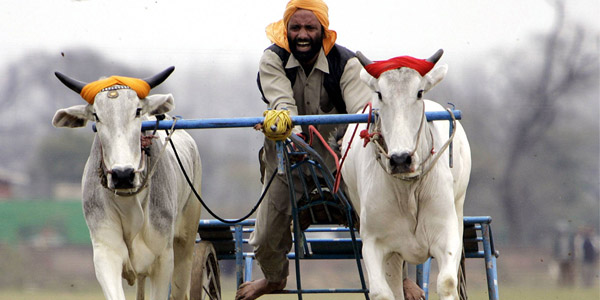 Kabbadi - Kabbadi is one of the main attractions of sports lovers at this festival. Players from different countries come to participate in this game. Kabbadi is a very famous sport in India which is played by both girls and boys. This sport has also made its place in the Asian games as well. Two teams are required to play this game in which a line is drawn in between the teams. A team player has to cross the line and touch the team player of the other team without getting caught and has to come back. If he does so, he scores a point. The team with higher scores win the game.

Akharas - Akharas are the places where the local villagers learn to do Kushti which is a local form of wrestling. Wrestling is very common in this festival where wrestlers come to show their strength.

Sikh martial arts - This is not a sport but a kind of martial arts. People practice this to keep up the culture and traditions.

Kite flying (Patang Baazi) - Kite flying competition, doesn't it sounds amazing. Although this game has been urbanized and played in cities as well but still flying kites in the open field has a totally different feeling than flying kites around huge buildings.

Kokla Chapaki - This game is very famous among young children in rural areas. Both girls and boys play this game, they sit in circles and a child holding a cloth in his hand goes around the circle singing. He/she then drops the cloth on the back of another child sitting in the circle and run away from him, another child now holding the same cloth tries to catch him before he sits at the vacated place.

Apart from all these games,Chaupat, Shatranj (Chess), camel and bullock cart races, cockfights in addition to Kabutar Bazi, chakore Bazi and batter bazi are well known.

The sports activities are not the only attraction of this festival, a variety of cultural performances are also being organized by the people. The performances of Bhangra and gidda are alone enough to melt your heart. Bhangra is the folk dance that is performed by boys while gidda is performed by the girls.

History - It all started in 1933 when the philanthropist Inder Singh Grewal thought about bringing farmers from surrounding areas for an annual meet and test their corporal endurance. This idea gave birth to the kila Raipur sports festival. Over so many years, this festival has grown from being a toddler to an energetic youthful gathering of people. This is not just a rural event, it has now become an international event.

Other things that you can do in Kila Raipur – 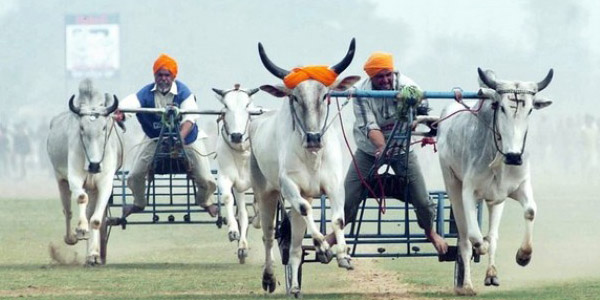 Many heritage sites are nearby to this sports festival. The famous Golden temple in Amritsar that attracts millions of visitors each year is not more than 2 hours travel away.

Jallianwala Bagh, which is a heritage site of martyrs that lost their lives during British rule is still preserved.

The wagah border, which is the border between Pakistan and India is also nearby, a special army strength showoff happens every evening there. Not just that there are an enormous amount of heritage Gurudwaras and streets are present.

How to get there? 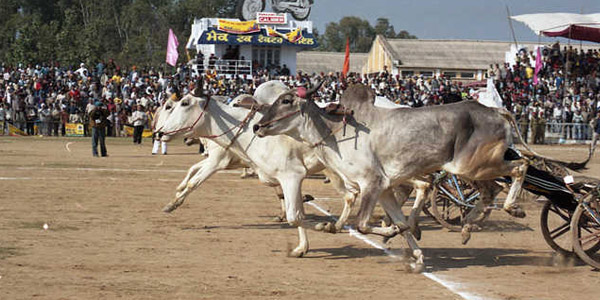 By Air - If you are traveling via air, you can easily get flights till Chandigarh or Amritsar, from there you can take up a local bus or train.

By Train - Since all the major cities are connected by trains, so there is no problem in reaching Jalandhar from the train, from Jalandhar multiple local trains are available till Kila Raipur.

By Road - Roads are also well connected and you can take up a bus or taxi in order to reach Kila Raipur.

Accommodation arrangements - It is advised that people coming to this festival should stay in the neighbourhoods of Ludhiana.

Two of these neighbourhoods include Shaheed Bhagat Singh Nagar which is 19km away and the other one is a Model town which is 22 km away. You can find a number of hotels around these areas. For all the sports and cultural dance lovers, this festival is a must. This festival is filled with unusual sports events and competitions. It is rare that you will be able to see this kind of festival anywhere in this world. So, you must book your flight tickets, you will experience the most dynamic part of life in these three days.