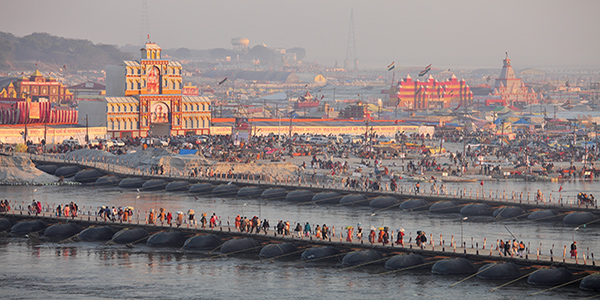 The Kumbh Mela is a huge gathering of Hindus in which they took the holy bath in the Ganga. According to the traditions, there are four Kumbh melas being organised that includes Prayagraj Kumbh Mela, Haridwar Kumbh Mela, the Nashik-Trimbakeshwar Simhastha, and Ujjain Simhastha. The fairs are alternatively organised. Kumbh Mela is organised at Haridwar which is situated at banks of Ganges, in Allahabad at a site where Ganges, Yamuna and Saraswati meet each other, in Nashik at the banks of Godavari and in Ujjain at banks of Shipra.

Kumbh Mela is alternatively held among Allahabad which is also known as Prayagraj, Haridwar, Nashik and Ujjain every three years. Therefore, at any given place, the mela is organised once in every 12 years.

Between two Kumbh melas at Haridwar and Nashik, there is a difference of 3 years, while the melas or fairs at Nashik and Ujjain are organised either in the same year or one year apart. The dates of the melas are finalised according to Samvat calendar of Hindu philosophy.

It is unknown that from how many years this meal is being organised. But according to medieval Hinduism, a few drops of Amrita were spilled at 4 places by a legend while transporting it to Kumbh. These are the same four places where Kumbh is organised.

This mela is considered as the largest peaceful gathering in the whole world. Although the exact number of pilgrims is uncertain but around 100 million people do visit this mela. According to Hindus, bathing in the holy river during Kumbh can lead them to get rid of their sins, cleanses their souls and leads to salvation. This mela also sees thousands of sadhus, wearing saffron sheets with vibhuti that is ashes on their skin.

It is said that once the gods and demons fought over the pot which is called Kumbh in order to drink the nectar of immortality. A day after gods drank the nectar, one of the god spilled four drops of nectar at four places.

According to epics, a legend of Samudra manthan tells about a battle between the deities and asuras ie malevolent demigods, for a drink of immortality. During this Samudra Manthan, the holy nectar was produced and kept in a pot(Kumbh).

In order to protect it from demigods, a divine carrier flew away with the pot to kept it safe. When he flew four drops of nectar got dropped. 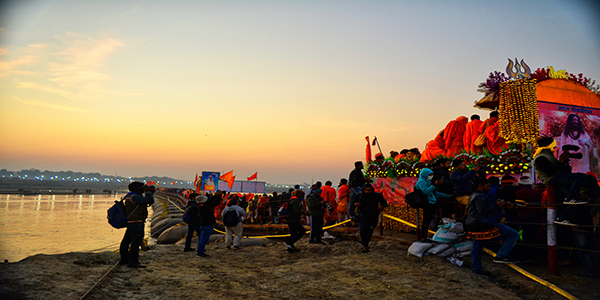 Naga sadhu procession - Naga sadhu are naked, who don't wear any kind of cloth. It indicates their separation from the materialistic world.

The pathway procession is one of the major events of this mela, it indicates the arrival of a section of sadhus at mela.

Feasts and food for the soul - There are various kinds of activities that are being organised at this mela. Activities such as religious discussions, devotional singing, mass feeding of people and debates on religious values are very common.

Darshan - This word is used to indicate the respectful visual exchange. This whole pilgrimage is important from the aspect that people come here to experience the divinity of religion. During this mela various sadhus make themselves available to the general public and allow them to interact with them. People do seek advice and instructions regarding their spiritual life from them.

How to reach there? 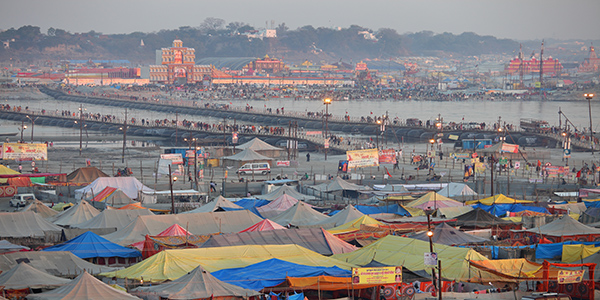 These cities are well connected by airports so there won't be any problem regarding travelling via air.

By trains, buses and roads

Government of India arranges for extra trains and buses for Kumbh Mela, so you will not face any difficulty regarding travel to Kumbh Mela.

Accommodation Although the government of India do provide accommodation facilities in camps, you can also find some decent hotels nearby. As this place receives millions of visitors, so it is better to book your hotel room in advance.

Kumbh Mela is not just gathering, it is much more than that, It establishes the harmony between your mind, body and soul. Everyone should once in life must experience this holy mela,it will give you immensely devotional insight into your life. So, if you are trying to find peace and want to experience something beyond life, do visit this mela. You would go back home filled with such beautiful experiences that will change your perspective of looking at life. 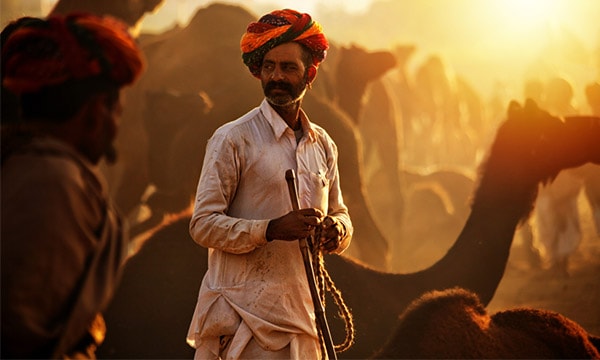