Dance to the beats of the divine rhythm 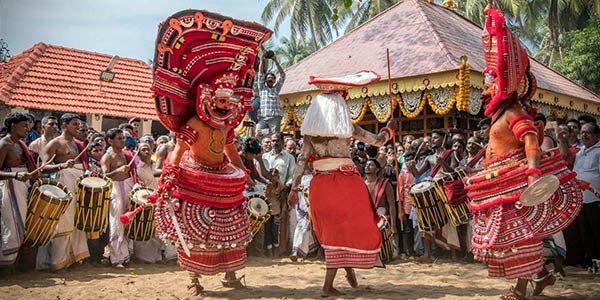 Kerala is a state with varied cultures, a rich history and many preserved and followed rituals. The people here are extremely devoted and follow the ancient culture and traditions with the utmost willingness and energy. Kuttikkol Thampuratty Theyyam is one such festival that adds on to the beauty of the state and the festivals here.

Theyyam means God is a combination of dance and theatrical representation of the culture and the traditions. Kuttikkol Thampuratty is one such grand form of Theyyam.

This is a four day-long festival and mostly is celebrated between 22nd of February and 26th of February every year but, the dates are decided in accordance with the Malayalam calendar and hence can vary. Every year the festival witnesses a lot of visitors at the temple to celebrate and add to the glory of this divine celebration.

Description of the festival 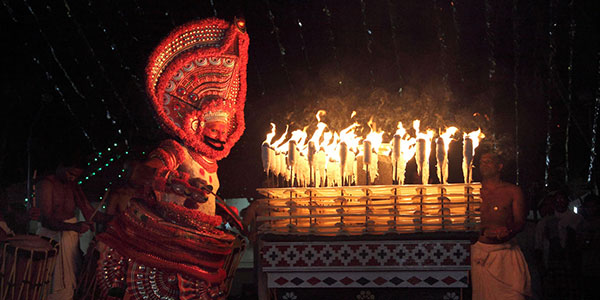 Kuttikkol Thampuratty Theyyam festival is when the human Gods dance amongst the men. Theyyam, also known as Kaliyattam, is a sacred dance ritual that is a combination of dance, music and drama. Theyyam is said to be a folk art that cherishes the essence of ancient cultures is an important part of the grand festival. The festival celebrates the Mother Goddess and highlights the worship of the deity and her associates.

The festival showcases an array of the major forms of Theyyams, and they are;

The artists showcase a number of performances and for that, they have to get dressed in bright orange colored attire with elaborate makeup and headgears. There are loud drum rolls and amongst that the performer dances while reciting the legends that are associated with the deity, the temple and other mythological heroes.

It is believed that as the intensity of the drums increases, the mystical powers of Gods and Goddess gets combined with the performer and this state of trance and they connect with the deity through their bodies. Now in their possessed state, the performer dances and rather jumps into the fire and blesses the devotees and many times perform amazing miracles. It is also believed that once they are out of this trance, they have no recollection of any of these happenings.

Worshippers from all around the world visit the Kuttikkol festival and witness the unforgettable grandeur. This festival enlightens and grows your love for the dance, legends, and the diverse culture. The rituals that the devotees experience is instrumental in featuring for the love of God and the divinity. The festival also connects you to the awesome significance of the legends.