The descent day of Lord Buddha. 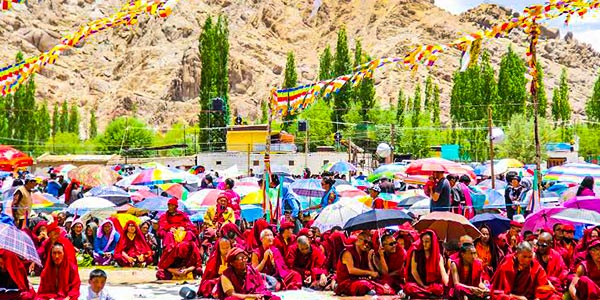 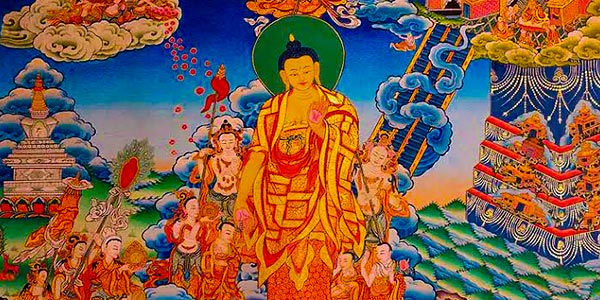 Lord Buddha is also known as the enlightened one is considered to be an apparition who was higher than all gods by the preachers of Buddhism. His name was Siddhartha Gautama. He later was named Buddha to symbolize the fact that he had attained a state of nirvana. The word Buddha means one who has been enlightened. He was considered to be a saint, a philosopher and a teacher. Lord Buddha's teachings are accepted and followed by all Buddhists with great respect and discipline.

The festival of lha bab duchen is celebrated because of its great historical significance. It is said that when Buddha was on his journey of finding attainment from the human cycle of rebirth, he travelled to the 33rd heavens, where the gods were said to be residing. It is believed that when he reached heaven, he preached his teachings to the gods as well as his mother who was said to have been reincarnated thereafter her life on earth. Lord Buddha, in the process, freed his mother from the endless cycle of rebirth, known as Samsara by the Hindus.

Later, his disciple Maudgalyayana urged him to come down to earth out of compassion so that he could preach his teachings and knowledge to the men and women. After a lot of persuasion Lord Buddha agreed to come down to Earth. It is believed that the place where he first kept his feet after his descent is a place which is now known as Varanasi.

The Lhabab Duchen commemorates the return of Lord Buddha or his descent from the heavens to the earth. It is also believed that the god of machines, Vishvakarma built Lord Buddha a staircase made of beryl, gold and silver in which he would make his descent. The Tibetan Buddhists regard this day as the ‘Buddha Multiplying Day’. It is said that any act done out of love and compassion will be multiplied by ten on this auspicious day.

During the festivals, the followers of Buddhism will visit the monasteries to light lamps, chant partyers, burn incense to purify themselves and their surroundings. They are also seen placing ladders beside the rocks of the monasteries to symbolize the descent of Lord Buddha.