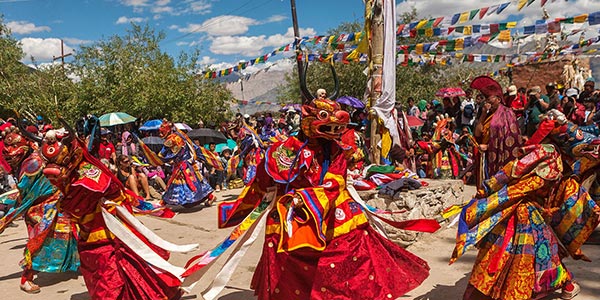 Originated in the 15th century, the Losar festival is celebrated as the Tibetan New year. It’s not only a time to celebrate but it also comes with a lot of cultural and traditional memory. One of the most awaited festivals of Sikkim, the Losar actually coincides with the harvest season. As India is known to have different ethnicities and cultures, the North East is also an integral part of this mélange of cultures. The Losar festival is celebrated with much enthusiasm in Sikkim and is a complete visual treat to watch. With the ancient, humorous practices, traditional food, folk dance and music, it’s a like a big carnival to participate in. the entire aura prior to the Losar festival changes as people begin to prepare for it. They clean up their houses, get the traditional cooking ingredients and even prepare for their performances. The zeal and the enthusiasm with which the people participate and eagerly wait is so beautiful and zealous that it creates a different kind of excitement into you. 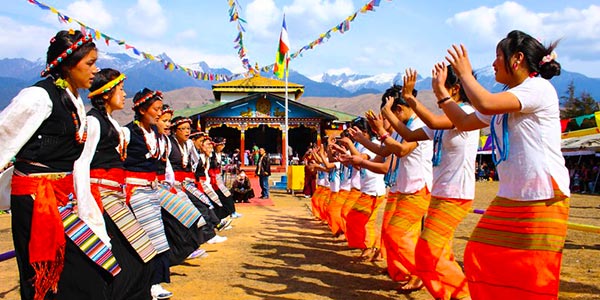 Experience the faith and belief with the very famous Metho ceremony, wherein people carry flaming torches in their hands and chant prayers while participating in the parade to ward off the evil eye. The people believe in creating an auspicious and clean environment for the New Year. It is a traditional belief where the people believe in warding off the ghost and the evil spirits. The skill and the belief of these performers are to be admired for.

A taste of the traditional food and spices 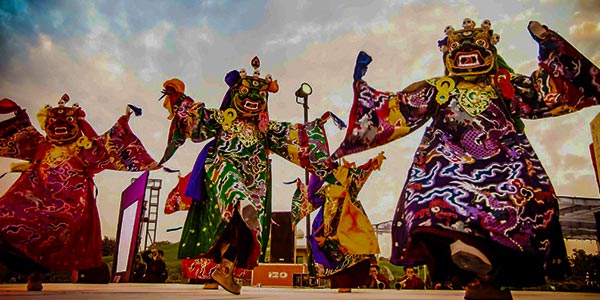 It is the perfect time to delve into the traditional spices and food items of the Buddhist tradition. The Losar festival is known for its sumptuous delicacies. They welcome the New Year with Guthuk, which is a soupy dish, with a nice blend of meat, rice, vermicelli, radishes, sweet potatoes and yak cheese.

You get a deeper look into the rich cultural vivacity of this community when people from all around come to witness this. The festival is actually quite famous for its humorous activities such as the hiding of food items. The people hide ingredients such as chillies, rice, and salt in dough balls. The kind of ingredient you find then becomes representative of their personality. Every ingredient has a sense of positive and negative vibe attached to it.

Other activities and programs –

You get to witness a beautiful dance of the deer’s and performance of the king and ministers. These shows and performances are in a sense a revival of their cultural values and history. From visiting the monasteries to hosting family dinners and enjoying folk dance performances, the Losar festival is the time when people get together to celebrate the coming year with a clean heart and positive vibes.

If you wish to indulge in the northeastern cultural traditions, history art and flavours, then the Losar festival is the perfect timing to get in. experience the cultural vivacity and belief of the community with this festival and be a part of this fun-filled carnival.