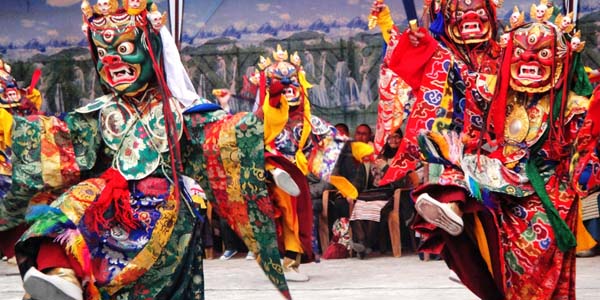 Celebrated every year at the meeting point of rivers Teesta and Tholung Chu in Upper Dzongu region of Northern region of Sikkim, NamprikdangNamsoong is a popular cultural festival celebrated to celebrate the beginning of the new year of the Lepcha Tribe. The celebrations are enhanced by an impressive showcase of folk dances, traditional indigenous games, and native Sikkimese (Lepcha) cuisine. The celebration of the Namsoong Festival is the best time to visit Sikkim as one can enjoy both the traditional Sikkim paired with all prominent tourist destinations. 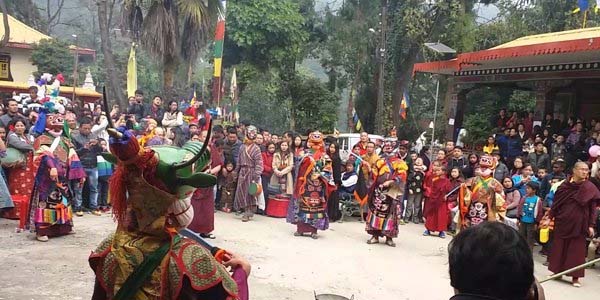 1976 was the fateful year when the Namsoong celebrations first began on the Namprikdang ground, tiny farmland covered thoroughly covered with grass in the Dzongu valley. This valley is believed to establish communication between the land inhabited by human beings and the mythical abode of Lepcha ancestors. This mythical land is called Mayal Lang Country in the local language. Surrounded by green and luscious forests and grand hills on all sides, it is believed by the Lepchas that all those people whose hearts are unmarred by the evil spirits and who are good in the real human spirit from their community after completing their life on their earth travel through the flowery path specially designed by natures to finally reach their heavenly abode. Innumerable interesting and intriguing Lepcha legends and stories are associated with Namprikdang and every legend showcases a different side of the same story. Historians and researchers are the most intrigued by such legends as they help them to understand both the human nature and legacy of humans on earth. There are a number of history enthusiasts who travel to Sikkim specifically in order to know more about such folklore and legends. Some of these folklores and folk songs have successfully turned real facts into amazing stories and songs. All these songs live on despite the death of the actual protagonist. The NaprikdangNamsoong can be considered to a congregation of all such historical experts as well as local performers. These people sing about the history of Sikkim throughout the day. Many historians make it a point to visit Sikkim during this festival in order to get a deeper insight into some story which has only a few details available. The Namsoong provides them with the appropriate space to delve deeper into their research works. They can enjoy the warm hospitality and the wonders of the Lepcha culture while working on their studies. Hence, the NaprikdangNamsoong can be defined to be a ideal place which has a deep history of its own and helps to impart knowledge about the history of the mysterious state of Sikkim. 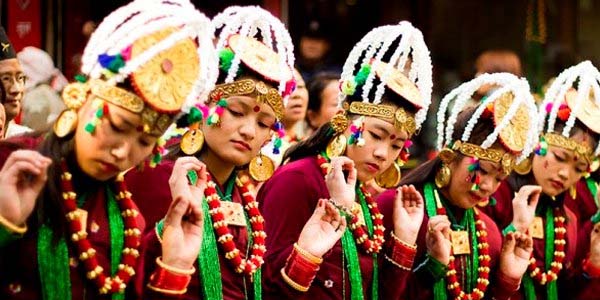 The NaprikdangNamsoong festival is organized for a total of 15 days every year on the Namprikdang Ground right next to the beautiful meeting spot of the of Rivers Teesta and Rangeet. The festival is usually organized during the months of December and January. Officials usually try to include the New Year’s Day within the period of celebrations. Celebrating the new year within the bountiful cradle of Sikkim amidst a cultural fest is an unforgettable experience. The celebrations are mainly held at an elegant traditional Lepcha establishment that commemorates the rich culture of the Sikkim. The guidelines have been established by the ancestors of the various families and celebrating the festival at a traditional Lepcha house is a way of paying homage to the ancestors 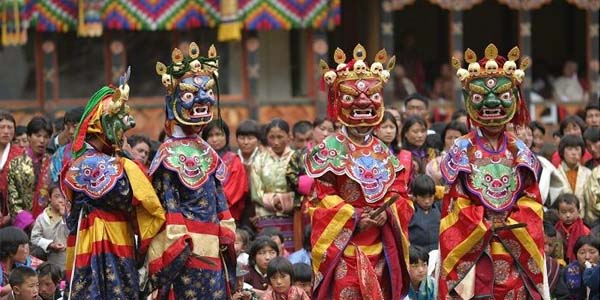 People from all over the world grace this occasion. Citizens of various countries visit Sikkim during this fateful time to embrace the truly unique culture of Sikkim and experience the state in its completeness. Dancers indigenous to the state perform the traditional Lepcha dances which form a major part of the rich culture of Sikkim. The festival time is also very beneficial for businessmen all around the state. SOme businessmen also visit Sikkim during the Namsoong festival in search of new products in which they can invest. Many food establishments set up make-shift restaurants and stalls that specifically serve authentic Lepcha cuisine. Many foodies also visit Sikkim during this festival in search of new flavors that might provide them with a different palate. Considering this, many restaurants try to serve some authentic Sikkimese cuisine that is long lost and can be found in old and traditional Sikkimese houses. A delightful spread of authentic Lepcha cuisine primarily consisting of roasted pork, beef and Chhang is bound to titillate the palette of all guests.

There is a large multitude of travelers who like to travel on foot during this festival. The Namsoong festival is an amazing period which is equally enjoyed by the locals and travelers visiting Sikkim for a vacation.

The NamprikdangNamsoong Festival is an amazing experience that cannot be expressed in a mere collection of words. There are a number of prime highlights that make this festival completely unique. There are many travelers who participate in this festival year after year in order to witness all these highlights. Many a popular anthropologists and historians can be found in Sikkim during these 15 days. They visit Sikkim year after year in order to learn more about the ancient Lepcha cultural faiths and beliefs. Shamans are priests who have been trained in traditional ways in order to connect the humans with the superior being and sort out any problem faced by them. On the first day of the celebrations, these shamans perform a number of religious rituals. The prime ritual is offering prayers to Mt. Kanchenjunga, which is believed to be the ancient protector of the Lepchas, along with the Lepcha ancestors. The complete ritual is an awe-inspiring event and is compared to the grand Ganga Aarti in Varanasi. Any traveler that has witnessed this ritual is bound to have been hypnotized by the elaborate rituals and the discipline with which they are performed by the shamans. The holy ritual is also a part of the traditional Sikkimese culture and is well-revered by all locals. Only when all the holy rites have been completed, the traditional dances begin.

what else can you do in sikkim?

Sikkim is primarily known for its pilgrimage tourism. however, Sikkim has developed a lot and offers a wide array of prospective tourist destinations. There are a variety of trekking programs in which tourists can enroll to enjoy the nerve-wracking, adrenaline-filled trekking paths. A number of adventure sports enthusiasts make it a point to visit Sikkim once every year to immerse themselves in the maddening rush of climbing rock after rock.

There are a number of adventure sports programs such as skiing, mountain biking, peak climbing and so on, that can be enjoyed by the tourists. There are a number of lakes within Sikkim too that provide peace to the tourists’ hearts with their serenity and calmness. Sikkim is abundant with hot springs which are supposed to have some medicinal properties that help to heal the bodies of the tourists. The wildlife of Sikkim is unmatched and attracts thousands of tourists and wildlife experts and enthusiasts. Sikkim is also popular due to its collection of multiple Buddhist monasteries and tourist attractions. The monasteries in Sikkim are very restricted and the monks staying there follow a strict routine. A number of Buddhist tourists also visit Sikkim every year in order to pay their respects to the holy land of Buddhism. Village tourism is also another emerging area in Sikkim where personalized tours of the various villages in and around Sikkim are provided for the tourists.