Festival reflecting the spirit of brotherhood. 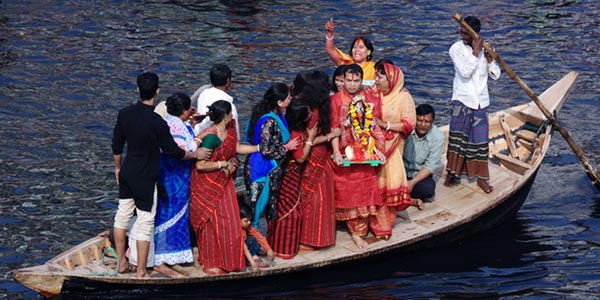 Surrounded by high hills, Tirthamukh is a place in the South Tripura district, which celebrates with great zest many festivals throughout the year one of which is the poush Sankranti mela or the Tirthamukh mela. Tripura is a place of abode for many tribal people fueling its rich culture. It is a state of hills in the northeastern part of India. It is counted as one of the smallest states in India. Tripura although may be small in size but is very big in terms of its diversity in cultures. 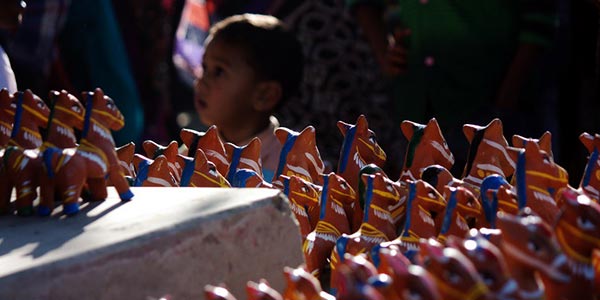 The festival of Makar Sankranti marks the end of the suns southward journey and the beginning of its northward journey. This commencement is regarded as an auspicious new beginning leaving behind an unpropitious phase. To the Hindus it the festival of the sun god. The sun in the Hindu religion stands for spiritualism, knowledge and wisdom. The sun teaches us the ultimate lesson of giving, just as the sun gives us its light in our lives we should also leave behind all selfish thoughts and wants and tread on the path of selflessness and unity.

Even spiritually, the Hindus believe that from sunrise to sunset the environment is filled with an aura of divine consciousness and therefore the day is very advantageous for a spiritual practitioner as they can derive its maximum benefits. Makar Sankranti is celebrated in various ways around the country. in Punjab it is celebrated lore which is a harvest festival for the food grains. The Tamilians celebrate it as Pongal and in Assam, it is celebrated as Bhogali Bihu. Similarly, in Tripura, they conduct a Paush Sankranti Fair.

In Hindu Mythology the Capricorn is considered to be the sign of the Saturn (Shani), and the sun is the father of Saturn. Both father and son don’t get along well; however, on this day, the sun goes to visit Saturn. And since both the gods are considered to be deities whose blessings bring propitious and graciousness in our lives hence on this day the people pray both to the sun and the Saturn.

The Paush Sankranti Mela in Tripura: 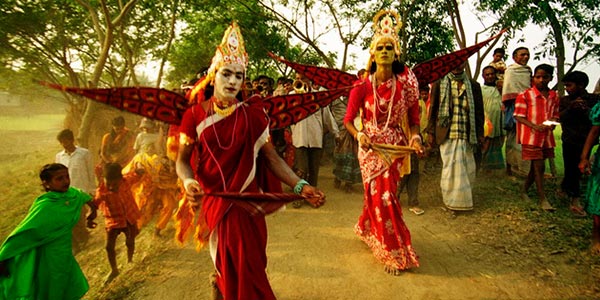 This festival is celebrated in the mid of January, which is considered the month of Pousa. On the last day of the pousa the people take a holy dip in the river Gomati. This day is said to mark the commencement of the suns northern course. Tirthamukh is considered a holy place and place of belief by the Hindus since ancient times, which is frequently visited year-round by people of faith. During this festival, the people come together and worship the deities. They even shave their heads and perform rituals and sacrifices to impart peace to the departed souls of their ancestors. The festival or fair usually lasts for about two days.