The festival of water in Arunachal Pradesh. 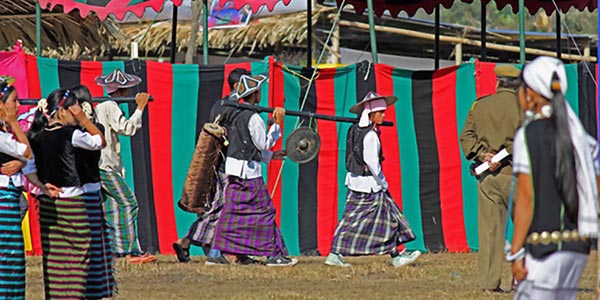 The Khampti and the Lohit districts of Arunachal Pradesh celebrate the socio-religious festival of Sangken. It is the traditional culture of the people of Arunachal Pradesh. During the festival, the people throw holy water continuously on the images of Lord Buddha. They also throw water on each other to make the beginning of a new year for the people and this activity acts as a sign of happiness among the people. The festival of Sangken translates to the Festival of water. This ritual is performed, so that the people cleanse themselves before the beginning of a new year. Not only that this act is also done to show respect to one another and to shower blessings and good wishes to the people. During the festival, the people throw away all their old stuff or it is believed to bring bad luck to the owners.

An overview of the celebration and the rituals: 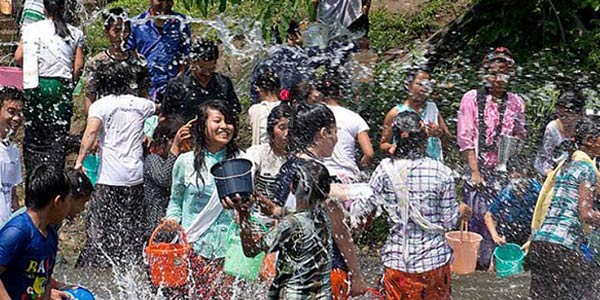 During the festival, all of the idols of Lord Buddha are taken out of the Vihara temple to a temporary shrine known as the Kyongfra. The people seek the blessing of Lord Buddha by sprinkling clean water on the idol and also by pouring water on the three jewels of Buddhism which is the rope of Dharma and Sangha. After this, people pray to the Lord. As the festivities take place, the people emerge in new and colourful costumes and dresses to celebrate the festival of Sangken. The festival is celebrated to encourage peace and harmony among the people. The practice of throwing water on each other Is usually indulged in by the youth and not the elderly and married people. The youths roam around with buckets of water with them to sprinkle water on the people passing by.

During the preparations for the celebration, a temporary shrine is built to keep the Idol of Lord Buddha. The shrine is built with bamboo and took leaves. Which is then decorated with flowers and paper. In the shrine, clean water is used to sprinkle the idol from the water fountain known as the Lungkong, which is connected to a boat-shaped wooden structure known as the Hoelin. When water is poured in the boat-shaped structure it rushes to the shrine with mild pressure and causes rotary movement; this rotary movement pours clean and scented water over the idol that is kept in the shrine. Not only that but the holy water is also sprinkled on the Bodhi tree and the ropes of the holy books and all other holy objects. The people also pour water on the hands of the monks to seek their blessings and also in the hands and the feet of the elderly for their blessings.