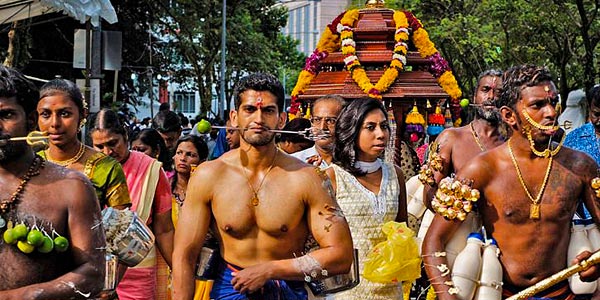 The diversity of Indian culture is one of the major reasons for the inflow of incessant tourists in the country. People from all over the world are in awe of this multi-diverse nation which has been the foundation of a variety of ethnicities and celebrates all the festivals with an enthusiasm that is not only contagious but also ever-increasing. Be it any region, the love for celebration only grows through each festival. One such cause of celebration in South India has been detailed below, so find your enthusiasm and get the happy streak going: 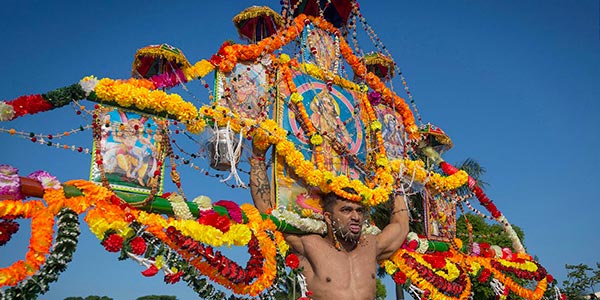 This mega festival is celebrated by the Tamil community on the day of the full moon in the Tamil month of Thai, which is usually around the months of January or February, coinciding with the Pushya star. Thus, another name for this occasion is Thaipoosam. Majorly centred around countries with a significant presence of the Tamil community such as India, Sri Lanka, Malaysia, Singapore, Mauritius and other places, it is considered as an official holiday with Sri Lanka and Mauritius officiating it as a bank holiday too.

The Pusan star is at its highest point during the festival, which commemorates the occasion when Parvati gave her son, Murugan, a Vel "spear" so he could annihilate the evil demon Soorapadman. While some believe that the festival marks the birthday of Lord Murugan while others credit the month of Vaikhasi to be the auspicious day.

Myth around the celebration: 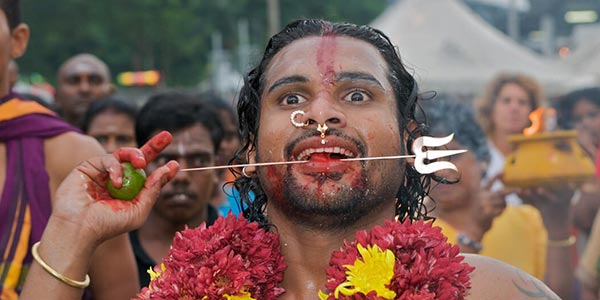 The festival is centred around the quintessential battle between the good and evil, the asuras and devas. The Devas were facing consecutive defeats at the hands of the Soorapadman and decided to visit Lord Shiva, in order to appoint a heroic leader, whose courage and valour would help them in achieving victory. Lord Shiva, complied to their incessant prayers through the formation of a brave warrior, Skanda, who was formed from the Lord's unwavering strength. Skanda took over the reins of the celestial forces and led the army to a victorious end.

An act of devotion which is hugely centred around the various methods through which devotees honour Lord Murugan and showcase their faith. The devotees make the pilgrimage, also called the Nadai Payanam, with their bare feet, whilst bearing various offerings on the Kavadi. The walk can take more than a week depending on the location of the temple. While the men are usually seen around with the kavadis, women are seen with pots of plants, signifying their connection with nature, which they carry for a specified distance. Murugan Pilai is one of the six most revered places and boasts of a reputation as a place of healing.

Thus, the festival marks the beginning of ten days of festivity, which promise a long chain of celebration.