The festival of peace and prosperity. 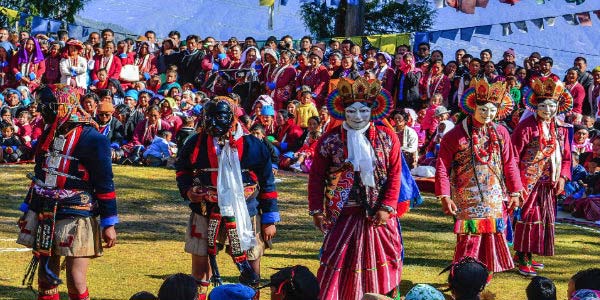 The Monpa Tribe of the Tawang Monastery celebrates this festival. Tibetan Buddhist Leader Lama Tsongkhapa is honoured during this festival. During this festival, the people are encouraged to spread peace and prosperity and reject any feelings of malice, hatred and jealousy. According to the Buddhist calendar, the festival spans from the 28th to the 30th in the month of Dawachukchipa. In the Gregorian calendar, this falls between the 10th of January to the 12th of January. The festival begins with a text recitation of the infamous Chham dance. This dance itself is what makes the festival more alluring and interesting, as monks dance wearing different costumes and outfits and animal-like masks, they perform with some soulful music with drums and cymbals. This dance is performed by monks who are considered to be spiritual leaders.

An overview of the festival: 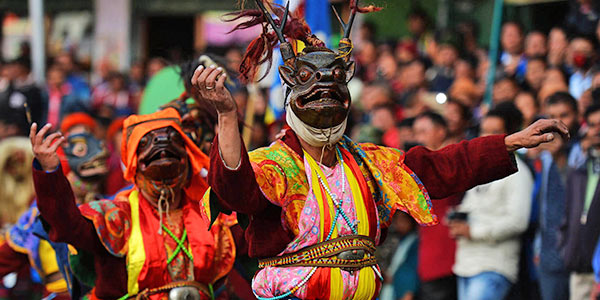 The festival is incomplete without the Chham dance which is performed by the monks. The Chham dance is performed while wearing their traditional attire consisting of robes and various animal-like masks in the monastery’s courtyard. The festivals are said to be incomplete without a Chham dance. This dance festival continues on for three days and during the performance, the monks disguise themselves as divine Buddhist Characters.