Come and be a part of the spectacular cultural celebrations of Vishu Festival. 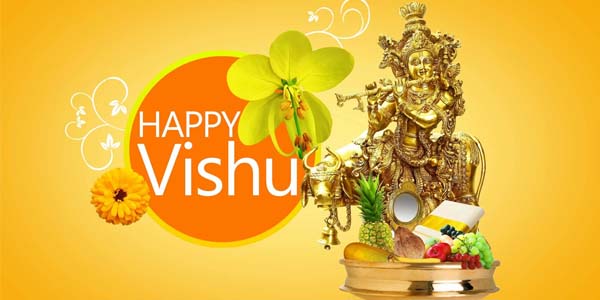 Every living being takes part in nature’s processes. Changes in weather play significant role in life of Indians. The changes give new attire to nature and people welcome and enjoy these changes by celebrating them. These are termed as New Year celebrations that are followed in India as a traditional practice from thousands of years.

The different states reflect vivid colors of united India through their unique geographical structuring and strong cultural heritage. In each state the New Year is celebrated on different time with different names. Kerala is considered as next heaven than Kashmir due to its natural blessings and cultural beauty. Kerala’s most famous festival is Onam and the next important festival is Vishu.With the nature’s blessings the Keralites add the beauty by their joyful participation in nature’s changes through its festival Vishu.Vishu is the festival of spreading love, happiness and hope to everyone.

Festivals are intended to experience the significance of existence and the rituals and celebrations are aimed to purify our thoughts and behavior towards nature spreading good vibes. Vishu is a festival connects people where all elements of nature come together and welcomes new hopes for bright future. 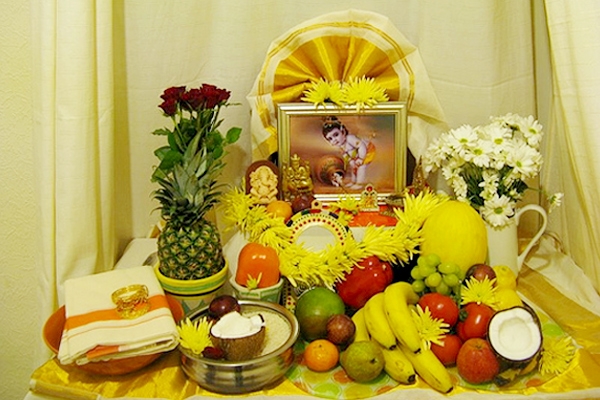 There are some historical references for celebrating Vishu. It is an ancient festival that is celebrating from around 844 AD, when the Kerala region was under the rule of Sthanu Ravi.

Vishu is celebrated by Hindus because of their religious beliefs. In south, Lord Vishnu is most popular in trinity of gods. Vishu is named on Lord Vishnu, he is said to be the god of time and also considered as the god of prosperity and happiness. Hence on this day Lord Vishnu is worshipped.Another story is related with Lord Krishna, who is eighth incarnation of Lord Vishnu. It is said that on the day of Vishu Shri Krishna had killed Narakasura. Hence Lord Krishna is also worshipped on this day.

Vishu represents the first day of astronomical year, as the Sun rise takes place exact straight from the East on this day. A myth is also fashioned that contributes for celebrating Vishu is that when Lord Ram killed Ravana, after that in the morning the Sun rise happened from the East, that day was Vishu. 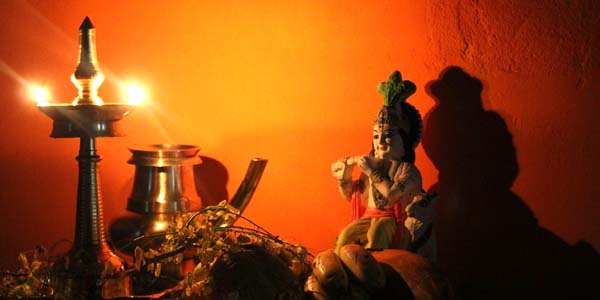 Vishu is a one-day festival in which various activities are carried out. The festival begins with worship of Lord Vishnu and Krishna in Vishu Pulari (in Brahma Muhurta), an early morning time. This ritual is called Vishu Kani in Malyalam. The preparation for Vishu Kani is done in advance in last night. A bell shaped metal pan consists various items that are kept inside includes konna flowers, fruits, vegetables, grains, betel nut and leaves, coconut, kajal, a mirror made of metal, coins and currency notes. This metal pan is called Uruli. The worship is performed by offering all items of Uruli in front of Lord Vishnu and Krishna idols. Each this item has significant meanings for offering them to Lord. Kani shows relationship of nature and human. The Uruli represents nature in which all menlive, and God resides in heart of these men.

A wish for prosperity and good luck is said in the prayers. A candle called Deepam is lighted. It is said that Gods reside within human and on this day of Vishu the Gods are welcomed to enter inside human. The real meaning is about fair thinking and good deeds. Vishu Kaineetam

Vishu Kaineetam is the hansel given to younger member of the family by an elderly person in the family, in which children are given coins previously which is now converted into giving other such small gift or money.It is an integral part of the celebrations. The ritual is about sharing all spiritual wealth with the younger generation.

Keralites buy and wear new cloths on this occasion. This is called Vishukodi (Putukodi). People dress their children as Lord Krishna too.People go to temple for worship and prayers. They read Ramayana on this day with a belief that learning of Ramayana will give spiritual power and will encourage for the new beginnings.

Vishu Sadhya is an important part of the festival that is the traditional feast is organised by the people.

Padakkam refers to firecrackers. The celebration is made by illuminating lights and children enjoy setting off firecrackers on Vishu day.

Vishu is festival of joy. People meet each other and greet by saying "Vishu ashamsakal" that means Happy Vishu to all those who are celebrating.

Vishu is the festival where a traditional feast called Vishu Sadhya is hosted by people whenvegetarian food is prepared.The special dishes of this day are Vishu Kanji, Thoran, Payasam (pudding) and Vishu katta. Vishu kanji is a porridge made of rice, coconut milk, and spices.

Vishu is a popular harvest festival which revolves around celebrating the nature. It is celebrated with great zeal and enthusiasm across the southern India especially in the state of Kerala. People indulge in various cultural activities during this time, making it an amazing time to be in Kerala.