Celebration of “Holi of Manipur.” 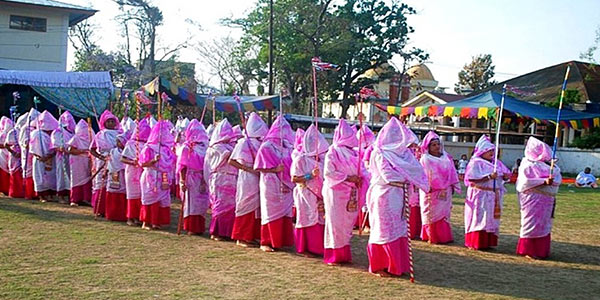 One of the beautiful North-Eastern states which are filled with natural beauty and rich heritage is Manipur. Its rich culture and traditions have always attracted the tourists to visit and witness the beauty of the state and its people. However, Manipur also celebrates a number of festivals that reflect their religion and identity. Some of the festivals celebrated in Manipur are Kut festival, Cheiraoba festival, Kang Rath Yatra, Lui Ngai Ni festival etc. They celebrate all these festivals with a motive to strengthen their bonds and relationship with their family and loved ones. Also, it is through these festivals that they try to preserve their culture and traditions by showcasing their ethnic wear and preparing local cuisines of Manipur. 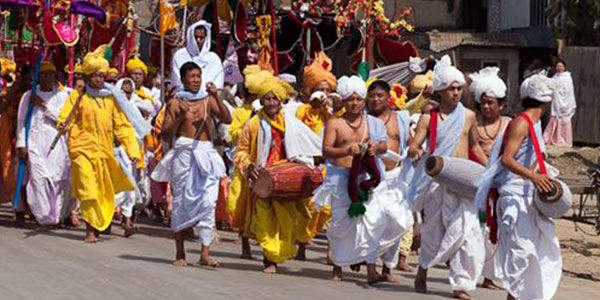 Yaoshang festival is considered as one of the major festivals of Manipur and is mostly celebrated by the Hindus and the other indigenous tribe of the state. It is also known as the “Holi of Manipur” as it bears similarity with the festival Holi. This is not a festival just for young people, but all the community people take part in the celebration irrespective of the community, age and gender. The people of Manipur celebrate this particular festival by singing and dancing. The main highlight of this festival is the ‘Thabal Chongba dance,’ which is also regarded as the ‘Moonlight move.’ This is a Manipuri folk dance that is performed by the young boys and girls where they form a circle by holding hands and they sing and dance together on the beats of Dholakar drum.

Time Of The Yaoshang Festival

Yaoshang festival is celebrated on Phalguna Purnima, which is a full moon day. It is celebrated for five days and the festival starts from the day of the full moon. It usually takes place in the month of February or March. 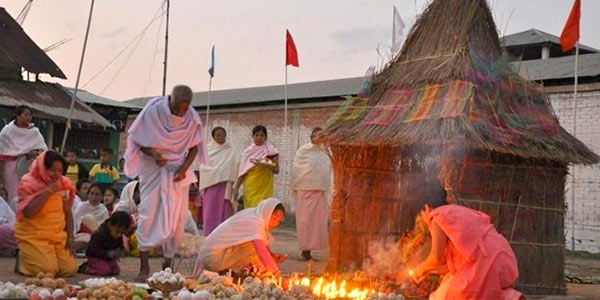 During the Yaoshang festival, the community people collect donation by going from house to house that is later on spent on the festival enjoyment.

As it bears a resemblance to Holi, the people play with lots of colors and pichkaris to spray colors on each other. Various sports activities are organized like spoon race, tug of war etc. However, the sports event is inaugurated in the Kangla fort in Manipur.

During the festival, the local people also prepare local dishes and share them with family and friends. Also, the community people build a hut that is set on fire at night. This is done to celebrate the victory of good over evil.

The local people dance and sing their hearts out, and the major folk dance that they perform is the Thongbal Chongba where young boys and girls dance to glory.