Tourist places to visit in Pondicherry

A dash of everything exquisitely French amidst an otherwise heavily Tamil culture, Pondicherry (Or Puducherry, as it is currently called) is one of India’s seven Union Territories. Located around 150 kilometres south of Chennai along the Coromandel Coast of India, the city of Pondicherry has seen a flurry of European colonialism, the amalgamation of which reflects in its cityscape.

The Dutch probably arrived here first, and then the Portuguese followed by French and British. It is the French influence which is most prominent. It was a venue of frequent Anglo-French collisions and saw good many wars till it was included in the Indian Republic officially in 1954.

Despite a 2-km-long granite seawall built against the sea line, Pondicherry is subject to continuous seabed erosion and intense turbulences at the coastal margin. This has forced entire fishing villages of Pondicherry to relocate to further north. The famous Promenade stretching from War Memorial to Dupleix Park on Goubert Avenue had to be permitted to disappear at its entirety.

However, there have been efforts to recover the beach in the recent years. Also, thanks to numerous colonial structures, religious shrines and a bounty of natural beauty, Pondicherry is one of the most sought-after tourism destinations of South India.

Lovingly called the French Riviera of the East, the clean streets of the Old Town lined by toy-town houses quirky boutique shops and bougainvillea plants takes one right back to shore of Mediterranean. This French Quarter of Pondicherry is where most tourists spend their leisure hours, walking and shopping.

Other than that, the most famous attraction here is the Auroville Ashram and International City. This experimental community founded by Mirra Alfassa – The Mother and Rishi Aurobindo around the Aurobindo Ashram itself, to promote global harmony. Auroville strives to be a township where people from different countries, races, ethnicities, religion irrespective of their differences reside in harmony and believes in a common faith of humanity.

The Promenade has a host of local sightseeing destinations – the War Memorial, Light House, Gandhi and Nehru Statue, Pondicherry Museum and Le Café. Boating and residing in Tree Houses along the Chhunnambar Backwaters, exploring the Botanical Gardens or paying respect to the Thirukaameeswaar Temple near Villianur are other activities people indulge in. 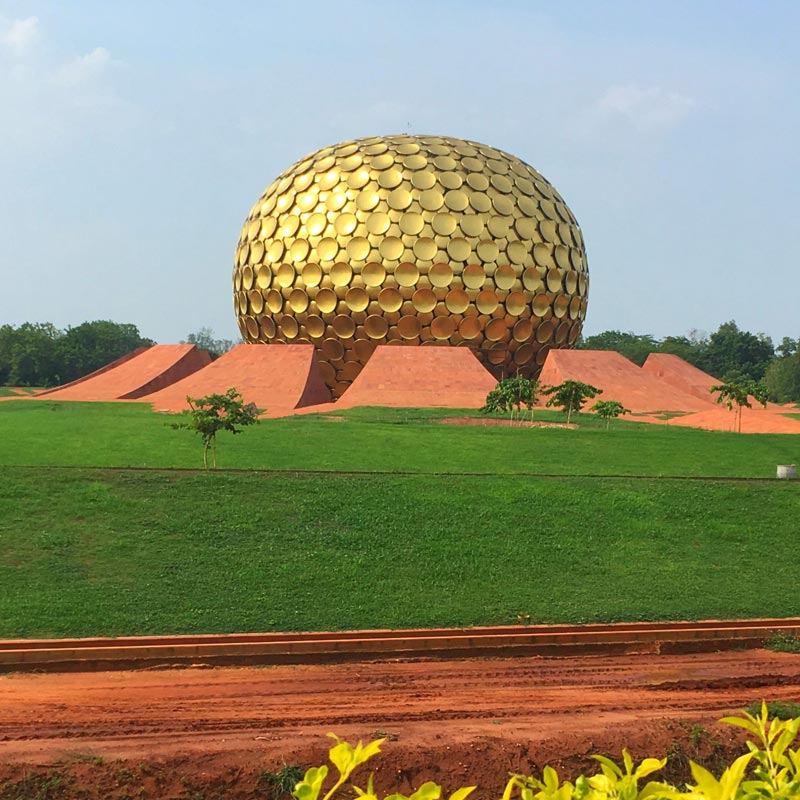 Things to do in Pondicherry