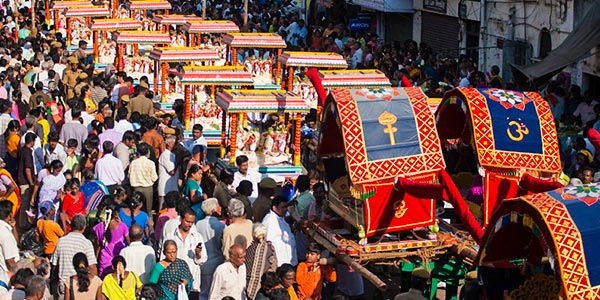 India’s rich cultural diversity provides an excellent opportunity not just for that native to the country but also for those who live outside of India, to expand their cultural knowledge and experience local customs and traditions while enjoying the many festivals that happen all around the year. One such festival which provides a glimpse of the multifarious South Indian traditions is the Aurbathimoovar festival of Mylapore, Chennai.

Hundreds and thousands of devotees and tourists flock to the city of Mylapore in Chennai, Tamil Nadu every single year between the months of March and April to take part in the Aurbathimoovar festival and to pay tribute to Lord Shiva. The preparations, however, begin almost a month before. It is believed that the name Mylapore comes from the Tamil word, Myil which translates to ‘peacock’. According to history, Goddess Parvati had to perform penance in the form of a peacock in order for Lord Shiva to marry her. You would be absolutely amazed to see just how many people come to get a glimpse of the deities, powering through the scorching heat!

The Kapaleeshwarar Temple in the city is an integral part of the celebrations, dates back almost four hundred years and is a symbol of eighth century Pallavan architecture. The temple is dedicated to Lord Shiva and showcases not only the gorgeous architecture but also some inscriptions that date back to 1250AD. The temple houses 63 bronze idols of Shaivaite saints also known as Nayanmars and the festival is actually in celebration of these idols. Nayanmars were known to have dedicated their lives to Lord Shiva and would sing sermons and songs in his name. 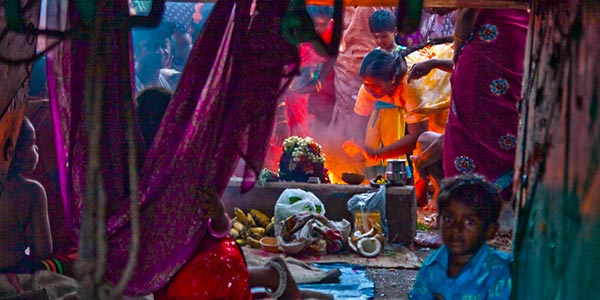 The Aurbathimoovar festival is actually celebrated to honour the 63 saints of Lord Shiva who were believed to have led the perfect lives of devotion and penance. During the festival, one can watch a series of very vibrant and colourful processions throughout the streets of the city. Nayanmars are paraded throughout the town in chariots. Devotees have the opportunity to see the 63 idols as they are carried around town during the processions. People offer their prayers as well as fruits and flowers to the idols in hopes of leading a blessed life while the houses are beautifully decorated. Some other attractions of the festival include folk dance like Koothu and Kokkalikattai, and music performances along with the traditional Thoippavai puppet show. The festival is also a show of kindness. People in large numbers come and offer food and drinks (like rice, buttermilk, fruits, etc.) to all devotees who grow tired after all the celebrations and the performances.