A commemoration of Je Tsongkhapa 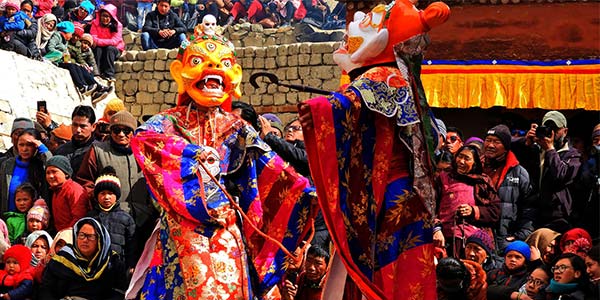 The snowy mountainous terrain of Ladakh is home to Tibetan Buddhism and attracts visitors with its mesmerizing sceneries, lakes, mountains, and monasteries in Ladakh is a festive land that radiates with the colourful culture and zealous celebrations spread throughout the year. The Galdan Namchot is one such festival that invokes good cheer and celebration in the people of Ladakh. 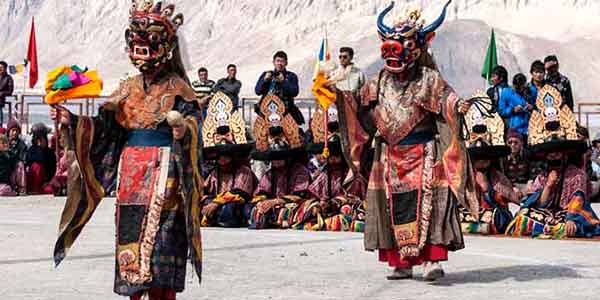 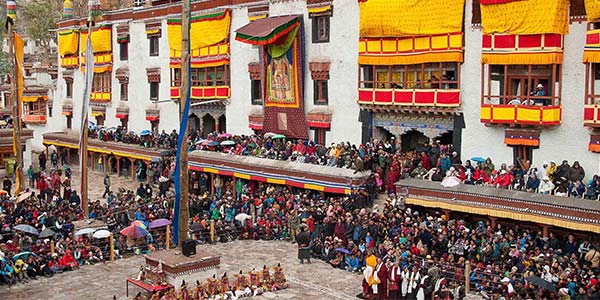 During the Galdan Namchot, Ladakh is immersed in the memory of the saint-scholar Je Tsongkhapa and seeks to honour him in the best possible way. During this festival, all monasteries, public and residential buildings are illuminated with butter lamps. The streets look beautiful, adorned with charming butter lamps. This symbolizes the annihilation of the darkness of ignorance with the light of knowledge.

People gift each-other a traditional ceremonial scarf known as ‘Khatak’. The ‘Khatak’ is usually white in colour. However, it is not uncommon to find a yellow-gold ‘Khatak’ that shimmers in the sunlight. White stands for purity. Hence, the white ‘Khatak’ symbolizes the pure heart of the giver and goodwill towards the receiver.

Food has the adhesive quality of bringing people together. On the festive occasion of Galdan Namchot, traditional cuisine adds a touch of culinary refreshment to a day spent engrossed in the captivating celebrations. Vegetable and chicken noodle soup are prepared. The famous momos and ‘thukpas’ are relished along with family and friends. Butter tea is served in households. People visit the homes of their loved ones and families and share the meal.

The Galdan Namchot in Ladakh combines beauty, culinary delights, and symbolic traditions into one commemoration. It marks the birthday of a person; whose unique worldview and teachings lead to the creation of a separate school of Tibetan Buddhism. You are sure to enjoy the festive hues of cheerfulness surrounded by the imposing mountains of Ladakh.