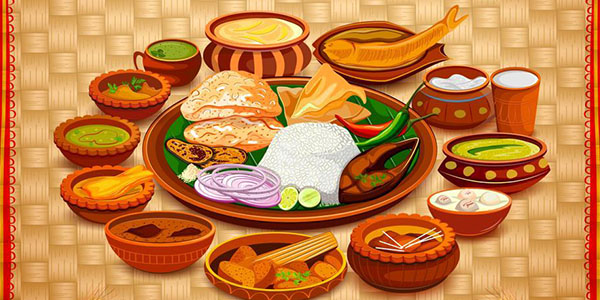 Naba Barsha is the celebration of the new year in West Bengal as per the Bengali Calendar. It is also popularly known as the PoilaBaisakh which literally translates to first Baisakhi (a month in the lunisolar calendar of the Bengalis). The people of Bengal come together and celebrate this new year in their own way by making it loud and magical like every other Bengali festival. The festival is celebrated by all castes and religions all across Bengal. After Durga Pooja, this is the second most hyped festival in Bengal, this festival connects the people of Bengal, especially the Bengalis who are originally Hindu. The festival is celebrated in both West Bengal as well as Bangladesh, it is celebrated on the first day of the first month that is Baisakhi. This festival coincides with the Baisakhi which is celebrated all across the state of Punjab. In the South, this day is also celebrated as Vishu and the major significance of the day is to celebrate the harvest and show the gratitude towards the crops harvested. The festival is one thing common between the divided land of West Bengal and Bangladesh. The cultural heritage of Bengalis carries this festival along with them to spread love, happiness and gratitude all over. 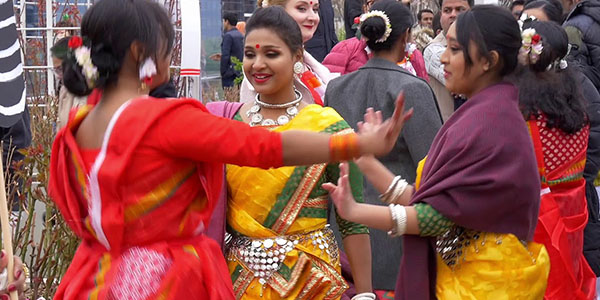 It is believed that after the invasion of the Mughals, the people of Bengal started following the Islamic Calendar and not the Bengali Calendar. The Emperor Akbar used to collect taxes from the people of Bengal depending on the Islamic Hijri calendar. This calendar was very different from the Bengali calendar which was a solar calendar, while the Islamic calendar was a lunar calendar. The new years of the two calendars didn’t coincide and Akbar asked the royal astronaut to make a new calendar which will combine the lunar Islamic calendar and the solar Hindu calendar. This led to the formation of the Lunisolar Bengali calendar. However, there are many historians who believe that the Bengali calendar was followed even before the rule of emperor Akbar since the name “Bangla year” which is termed as “Bangabda” is seen in two of the Lord Shiva temples which are way older than the Akbar rule. There are other connections of the Bangla new year with the Sikh festival of new year as well as the Hindu New year festival of Vaisakhi. This new year is associated and observed because of the Hindu Bikrami calendar which is followed by the northern states of India. The festival has ever since is celebrated on the 14th or 15th of April every year. It initially started as a festival for the Hindus of Bengal, however, over the years all religions celebrate the festival to spread joy and happiness. 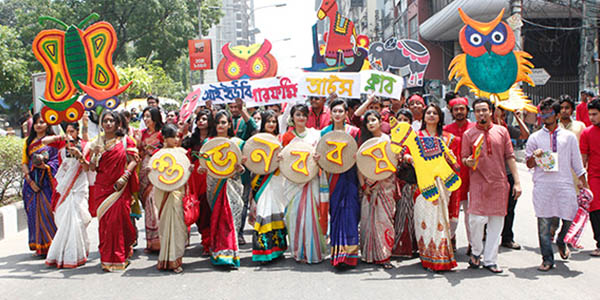 The festival marks the new year for the Bengalis and is celebrated in the state of West Bengal, Bangladesh as well as Tripura and some regions of the northeast. Since the festival coincides with many other cultural festivals of India like the Sikh Vaisakhi and the MalayaleeVishu, the day holds great significance over multiple cultures. The date marks the start of the Baisakhi month of the Hindu as well as the Bengali calendar. The people of Bengal look forward to this day as it is a national as well as a state holiday. The festival is celebrated to spread the emotion of gratitude amongst the people as well as to show respect to the harvest of the year. Many families celebrate this day like any other new year with preparing lot of food and spending time with some friends as families. The Hindus worship the Goddess Lakshmi who is the goddess of wealth and prosperity in order to show their gratefulness for the last year and all the blessing they have received from her. They also pray to her to seek blessings for the upcoming year in order to keep it as prosperous or even more prosperous than the previous year. 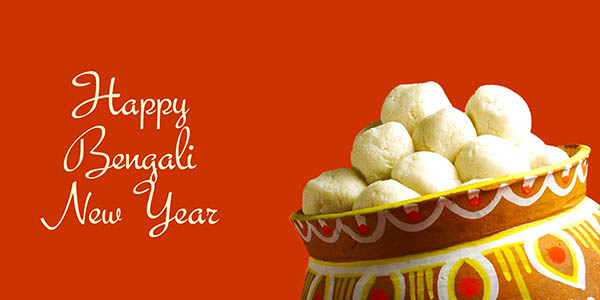 The festival is celebrated with full joy and enthusiasm, there is music playing everywhere and the cities and towns are all light up with the lighting and fairy lights which are put up as decoration and they also signify the fact that there will light and hope in the next year. The families start this day by waking up early in the morning and taking a fresh bath to clean up and become fresher. The families also clean up their houses and decorate them with lights, diyas and Rangolis. They place a pot in the center of the Rangoli and draw a swastika on it after placing water and mango leaves inside the pot. Some people also visit the nearest river to take a dip in the river to wash off their sins. There are many food items prepared on this day for the families and many sweets like the roshogolla, sondesh, rasmalai are distributed among families and neighbours. Many traders use this day to start a new venture or to invest in something new, the day is significant as it symbolizes the start of something new. Traders also start a new accounting year on this day. There are processions held throughout the country, these are known as prabhatpheris. The men and women all dress u in the traditional clothes and walk with procession while singing the songs of Rabindranath Tagore and dance to the traditional dances by greeting the people by saying ShubhoNaboBarsho. Women also put red sindoor on each other’s head to wish them luck. The atmosphere is lively all round the state.

How to reach and accommodation availability

Stay in Bengal around this time of the year to feel the spirit of the Bengalis. There is positivity and hope all around you and you can feel one with yourself as well as the people of Bengal. It is the best time to enjoy the sweet delicacies of Bengal and experience the hospitality of the people. You can stay in guest houses, hotels or any hostel if available. It is best if you stay in the city side as you will see a new side of the city, however staying in the rural areas is an unique experience in itself. 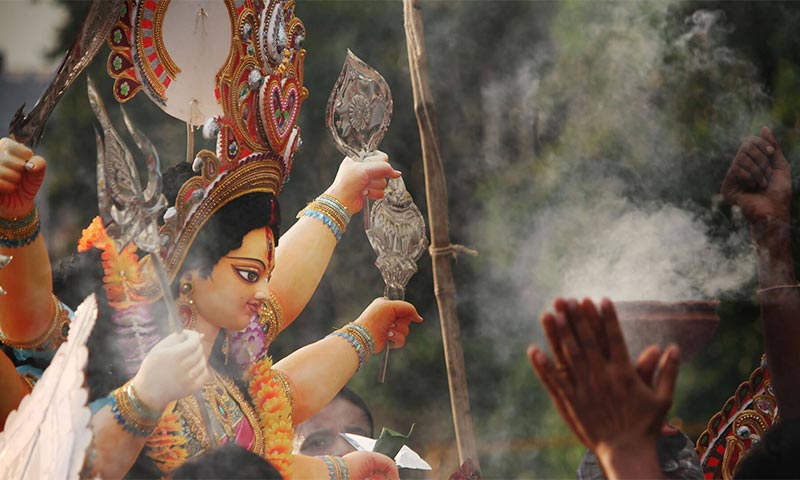