A carnivalesque celebration of the learned monks 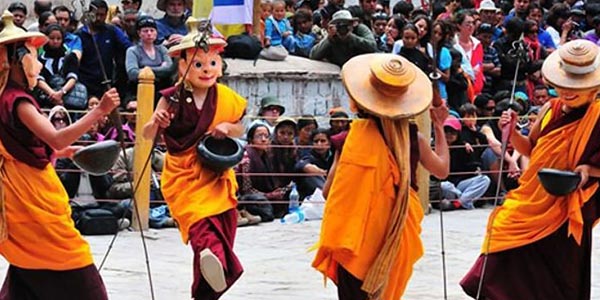 India is famed for its cultural richness and diversity all over the world. Each state of India boasts a unique and distinctive culture that makes it stand out. Likewise, Ladakh is a land of mystique and fascination, that invokes feelings of wanderlust in travelers from all over the world and enamours them with its vibrant monastic festivals. 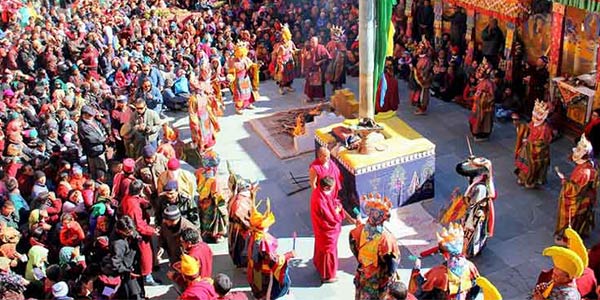 The word ‘Gustor’ means ‘sacrificing the twenty-ninth day.’ The Thiksey Gustor is an elaborate monastic festival, resplendent with sacrifices and a display of cultural performances, including masked dances. It is held in the Thiksey monastery on the seventeenth and eighteenth day of the Tibetan Lunar calendar, which is in the month of November. 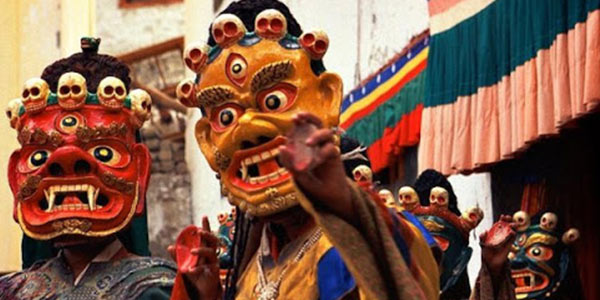 The Thiksey Gustor commences with the chanting of prayers and charms by the Buddhist monks. The early morning prayers bestow peace of mind and clarity of thought to the believers. The monks give offerings to the deities and invite them to the festival. It is believed that the Gods then arrive to witness the sacred dances. Soon, the famous dance performances begin. A particular drama that shows the assassination of the Tibetan King Lang Darma by a Buddhist monk in the 9th century is performed. The killing The ‘Black Hat Dancers’ sacrifice a figure made of dough, called ‘Torma’, to symbolize the demise of evil. The final event is the burning of an effigy that represents evil.

The Thiksey Gustor is celebrate to symbolize the triumph of good over evil. It is a thought-provoking message that hits hard. The festival motivates all the attendants to strive towards goodness and perform good deeds throughout their life.

The Thiksey Gustor is a captivating display of Tibetan Buddhist culture that provides entertainment and spiritual solace at the same time. It is beautiful to witness the spellbinding performances delivered by dancers dressed in colourful robes and fear-inducing masks. The Thiksey Gustor is unforgettable for all its attendants and leaves everyone enraptured in a spiritual trance-like state. So, attending the Thiksey Gustor is an experience par excellence and must be taken advantage of.