Celebration of togetherness during the pre-harvest festival. 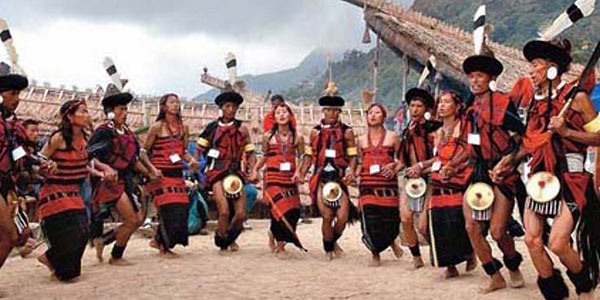 One of the Northeastern states of India, Nagaland, lies on the hills and mountains and is rich with scenic beauty. The state has a vibrant culture and about 20 tribes and numerous subtribes with each tribe having its own geographic distribution. Although the tribes of Nagaland lack a common dialect there are about 60 spoken dialects, all belonging to the Sino-Tibetan language family. The people of Nagaland also celebrate a number of festivals and during this time, they enjoy wholeheartedly in order to strengthen their bonds, purification and rejuvenation.

OVERVIEW OF THE AMONGMONG FESTIVAL 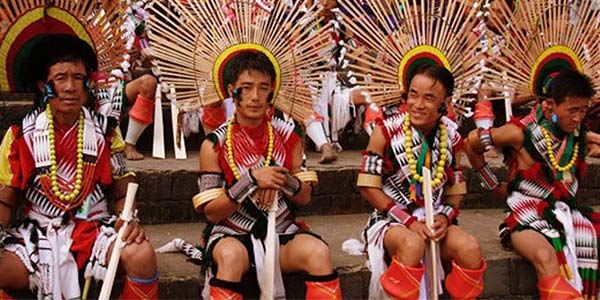 The Amongmong festival is celebrated by the Sangtam tribe of Nagaland and is considered as one of the most important celebrations for the people of the state. The festival takes place during the 1st week of September and lasts for 6-days long. The primary reason for the celebration of this festival is to praise and thanks to the Lord for the harvest. Also, the people pray to the three cooking stones in their fireplace. 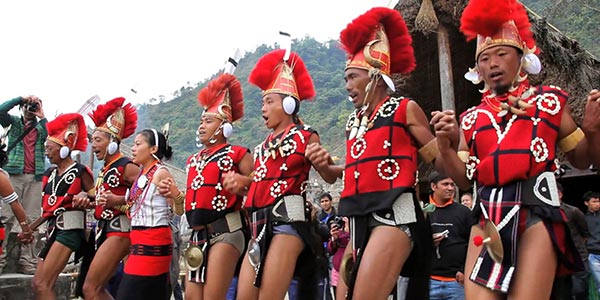 On the first day, people purchase domestic animals such as cows, pigs etc. They also start with the collection and preparation of the food on the first day.

On the second day, the people tie down the animals and sacrifice them in the name of God. After the sacrifice, they keep a part of the meat aside that is later on distributed among their group, which is known as Akhingru and Athiru.

On the third day, the three oven stones which are a representation of Lord Lijaba. And this ritual is done by the oldest women of the tribe, where she places rice balls on top of these stones. She also pours wine on these stones as a part of the offerings.

On the fourth day of the festival, the male members clean the villages and pathways, and this is thought to bring prosperity. Later on, the priests organize a feast for them where they themselves have to contribute meat and wine. The married women place cotton, ginger, and chilly in green leaves- Tsidong and place them in the fields. This is done as it is believed that it will protect the crops and keep them away from other calamities.

On the fifth day, people visit each other and share their food and drinks. This is said to strengthen the community bond and relationship between them.

On the sixth and the final day of the festival, the people worship their local deities and then continue with their harvesting process.