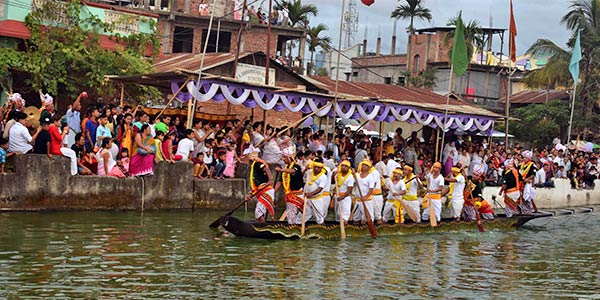 Manipur is a state in the Northeast region of India and is a state which consists of numerous cultures and traditions. It is a state with a number of festivals which is celebrated by the people with great pleasure. The immense beauty and colourful culture of Manipur always amaze the tourists and so they take an interest in visiting the state for experiencing the culture and traditions of this beautiful state. 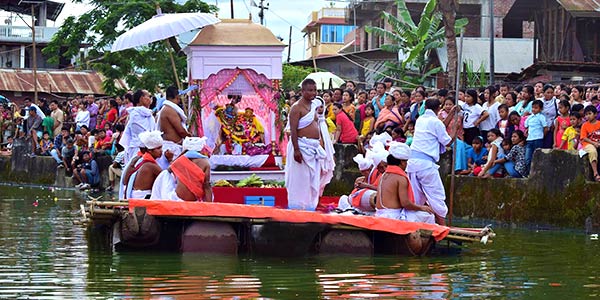 Heikru Hidongba festival is the annual festival of the Meitei community of Manipur and is also considered as the religious boat race festival. This festival takes place on the 11th day of the month of Langban of the Meitei lunar month, i.e. on the month of September. It is celebrated in order to pray for the peace and prosperity to the communities of Manipur. Heikru Hidongba is also a festival which marks the maturing of the seasonal fruit i.e. Heikru and this festival is only celebrated only at the moat of Bijoy Govinda.

The festival of Heikru Hidongba is celebrated every year in the month of September which is considered as the 11th day of the Meitei lunar month, Langban according to the Gregorian calendar

This festival was started in 984 A.D. during the reign of Maharaja Irengba and till the reign of Maharaja Maramba the festival was celebrated at its best. However, the celebration at Sagolband was initiated by Nongpok Leirikhomba, who was the uncle of Maharaja Bhagyachandra. It was after 1779 A.D. that Maharaja Bhagyachandra merged the old Meitei tradition along with the elements of Vaishnavism which include performing pujas, offering flower and fruits, sankirtan, blowing of the conch, doing aarti etc. 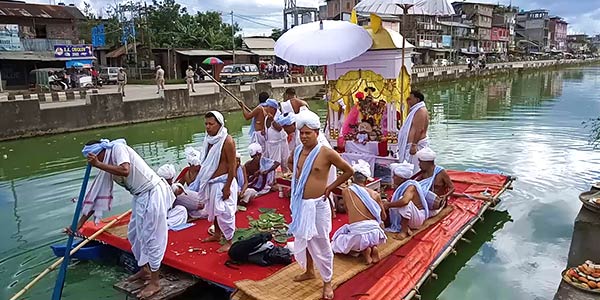 Before beginning the boat race, the local people install the shrine of Shri Vishnu, after which the Brahmins offers gold and silver before the shrines

After performing the rituals, an exciting race takes place, which is the main highlight of this festival. Also, temporary camps are set up and the public is crowded on both sides of the Thangapat and separate seating arrangements are made for the King and the Queen

The rowing of the boats is the main activity of attraction, and it gathers a number of people who come together and witness this particular festival with great enthusiasm for boat race along with the mixture of religious rites and rituals.