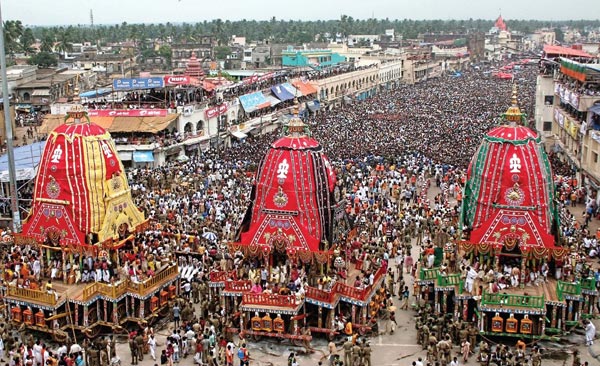 The Ratha Yatra Festival, also known as Ratha Jatra, Chariot Festival, Shri Gundicha Yatra, Navadina Yatra, or Dasavatara, is a Hindu festival that takes place annually in the month of June or July in different parts of India. However, this festival is celebrated with utmost opulence and splendor in Puri, Odisha. The Puri Ratha Yatra is the oldest one in India and the world, and as per the traditional Oriya calendar, it is celebrated on Ashadha Shukla Paksha Dwitiya in the month of Ashadha. During this festival, Lord Jagannath, his elder brother Lord Balabhadra, and younger sister Goddess Subhadra are worshipped. The description of this ritual can be traced in the great Puranas, such as Brahma Purana, Padma Purana, Skanda Purana, and Kapila Samhita. An innumerable number of people belonging to different religion, from different parts of India and the world come together to participate and celebrate the festival of Jagannath Rath Yatra Puri. This is truly a festival of pure spirituality and togetherness.

A description of the Jagannath Rath Yatra Puri festival 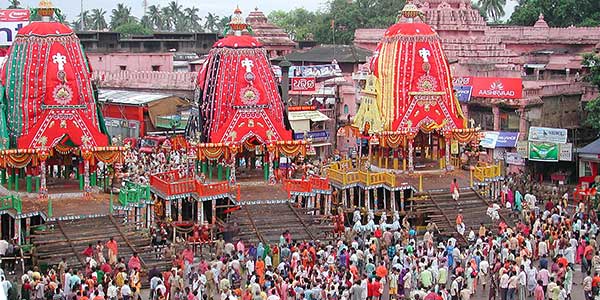 It is believed that during this time of the year, Lord Jagannath along with his elder brother Balabhadra and younger sister Subhadra, visit his birthplace, Gundicha Temple and his aunt’s home, Mausi Maa Temple and this auspicious festival is celebrated to commemorate this pious journey. The center spot of this grand celebration is the Jagannath Temple, where the ‘Lord of the World’ Lord Jagannath or Lord Krishna is worshipped with his wife, Goddess Lakshmi and his siblings.

The unique rituals
The Yatra 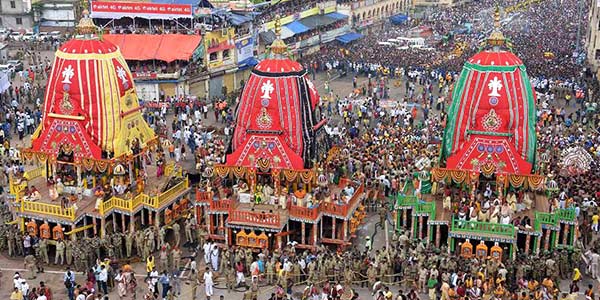 After these rituals are performed, the Jagannath Rath Yatra Puri starts, when Lord Jagannath and his siblings wish to eat the food cooked by their aunt and hence, begin their 9-day journey in chariots towards her place. The deities visit the Mausi Maa Temple dedicated to Goddess Ardhashini, while journeying towards Gundicha Temple and again, on their way back to the Shri Mandir. They stay in the Gundicha Temple, also known as the Garden House of Lord Jagannath, for nine days and then brought back through a grand procession to the Shri Mandir.

The significance of the chariots

The main attraction of this festival is perhaps the three magnificent chariots, which carry the three deities from the Jagannath Temple to their destination and bring them back. Every year, new chariots are built.

On the pious day of Akshaya Tritiya, the construction of the three chariots starts. The chariots are embellished in a unique and splendid way and there are four horses attached to every chariot.

The major attraction of the festival – the proce 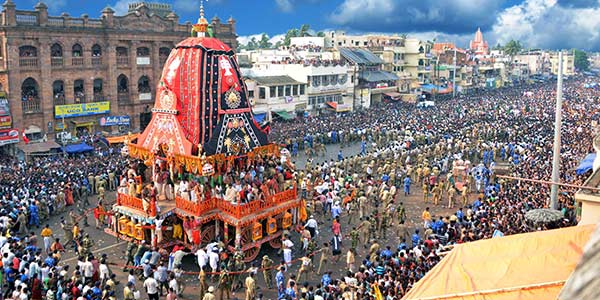 The majestic procession of the chariot festival attracts people from across the globe to get a glimpse of the deities and their splendid chariots. The chariots are pulled by hands by the common people using long ropes of 50 meters in length. Countless devotees participate in this ritual believing that this act will wash away their sins. The constant chanting and drum beating add a glory to the spiritual essence of the rituals and boost the enthusiasm of the devotees and participants of the grand procession.

Things to do during this spiritual festival

Apart from participating in this holy event Jagannath Rath Yatra Puri, you can visit a lot of places in and around the city. The glamorous beaches of Puri and Konark are a must-see for every tourist coming to this place. There are many ancient temples that you can visit like the Sun Temple of Konark, Gundicha Temple, Sakshigopal Temple, Shree Loknath Temple, etc. The Raghurajpur artist village, Pipili village, and the great Chilika Lake are some of the most notable tourist destinations worth visiting. For the shopaholics, visiting the carnivals and fairs that are held around the temple is a must. You can buy the miniatures of the idols and chariots and other handicraft items. Tasting the special delicious cuisine and the mouthwatering desserts of the Chariot Festival, along with the Mahaprasad of the temple, locally known as ‘Abhada’, is a must.

So, plan a trip this year to participate in this sacred event that celebrates divinity in its purest form. 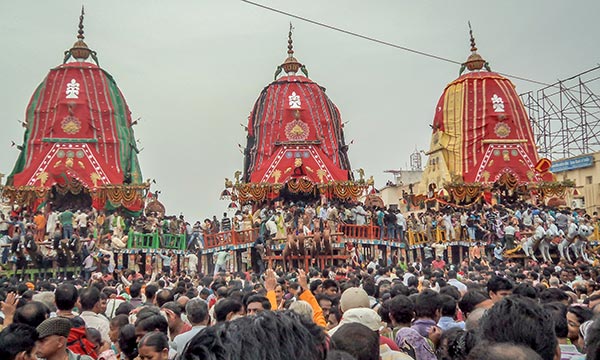 India is a land which is widely known for its vivid festivals, diversity and age old traditions. In order to experience one of the most iconic and popular […] 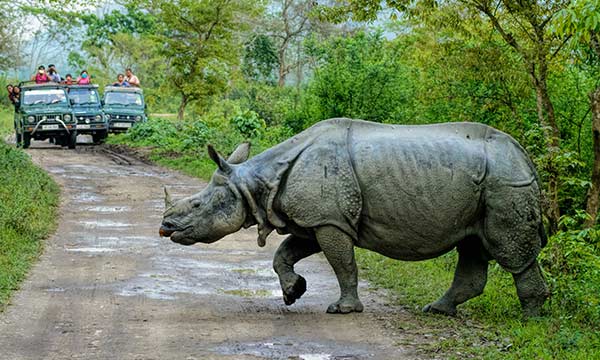