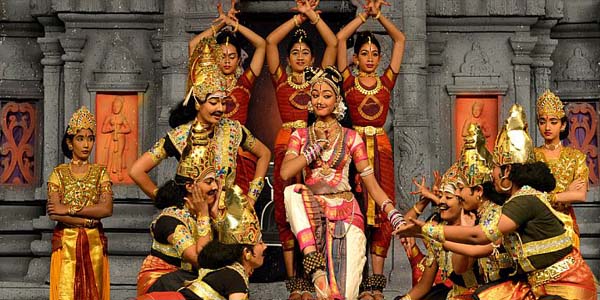 Nataraja temple, located in Chidambaram, in the southern state of Tamil Nadu is dedicated to Lord Nataraja, known as the cosmic dancer, an avatar of Lord Shiva. Lord Shiva (In this case lord Nataraja) is the lord of dance. Chidambaram has long been held as one of the most sacred spots with respect to the worship of Lord Shiva and for any Shiva devotee, Chidambaram is an essential pilgrimage. The name Chidambaram itself means ‘atmosphere of wisdom’ or ‘clothed in thought’. It is then fitting that a festival of dance originated in this temple town around the year 1981. Natyanjali is a combination of 2 words namely ‘Natya’ which means dance and ‘Anjali’ which means offering. The festival is quite literally an offering of dance to the cosmic dance, the lord Shiva. 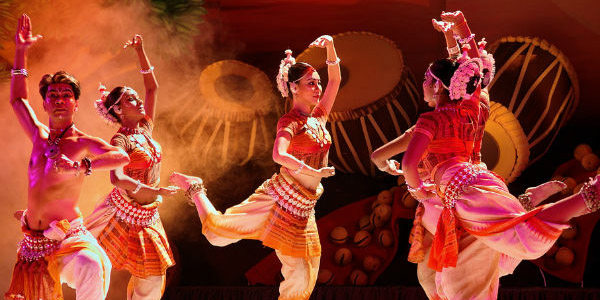 The festival now is a major tourist attraction in Tamil Nadu and has the support of the Ministry of Tourism of the Government of India and also the Department of Tourism of the Tamil Nadu government along with the Natyanjali trust which oversees and manages all of the festivities. It is in fact a festival that any tourist who wants to understand India’s spirituality must go to as it is a festival celebrated in honor of one of our most revered deities. The Natyanjali festival generally starts on the pious occasion of Maha Shivratri every year and the festivities go on for around 5 days. During the festivities dancers from all around India come to offer their dances to the Lord Shiva with many varied forms of dance such as Kuchipudi, Mohiniyattam,Kathak, Bharatanatyam, Manipuri, Odissi and Pung Cholam being performed here. The event gives venue to artistes of all backgrounds and all ages, from the established famous artistes to the new and upcoming, from the old artistes to the young. In fact, dancers from all around the world come to Chidambaram to perform, dancers have come from Malaysia, Canada and France has performed for the festival.

venue for the festival 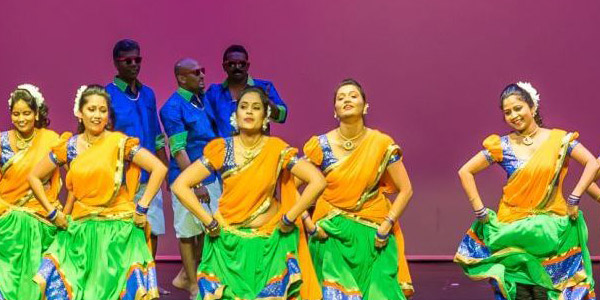 The venue for the festival has no equal. The festival is performed in the Prakarams of the temple which is the outer area surrounding the temple. There are 4 prakarms present in the temple. This provides a beautiful backdrop to the performances being held. The Nataraja temple is nearlymillennia old and was constructed during the height of the Chola dynasty, somewhere around the 10th century who at the time considered Nataraja as their family deity.

The temple is a splendid example of ancient Indian architecture.The main temple that is roofed with gold and during the festivities in the evening the light from the lamps that strike the temple and the roof give it a beautiful and ethereal glow which makes visiting Chidambaram solely to view the temple alone a major recommendation for tourists. The towers or gopurams as they are locally called surround the temple on the nine entrances and are inlaid with rich artwork that mainly is used to depict many of the various Hindu texts and show various scenes from classical Hindu traditions. Of particular note with respect to the festival is the eastern gopuram as it is carved with all 108 reliefs of Natya Shastra or as it is also called all 108 forms of dance as performed by Lord Shiva and it faces the inner sanctum.

Chidambaram is located roughly 220 km from the capital of Tamil Nadu which is Chennai which is well connected itself to the rest of the world through excellent road, rail and air networks especially considering Chennai has a international airport. Potential tourists can find that they have a wealth of options to explore in Chennai itself considering that it is one of the major cities of India and travelling to Chidambaram is relatively easy with a multitude of transport services such as taxis, busses and even trains from Chennai. With Chidambaram being a major temple town, tourists and devotees should not find any issue in finding accommodation that suits their needs.

Chidambaram and the festival of Natyanjali is a recommendation to any tourist that wants an experience in the rich cultural diversity that India can offer since people from all over India and also the world come here, and it is truly a display of unity through diversity. Those people who would like to experience the various intricate dance forms that have developed in the Indian subcontinent are recommended to visit the Natyanjali festival as nearly all the classical forms of Indian dance such as Bharatnatyam, Kuchipudi, and Mohiniyattam and a lot more are performed here and it makes for a convenient place to see everything under one roof.