Celebrate the cultural diversity of India at the amazing SindhuDarshan Festival 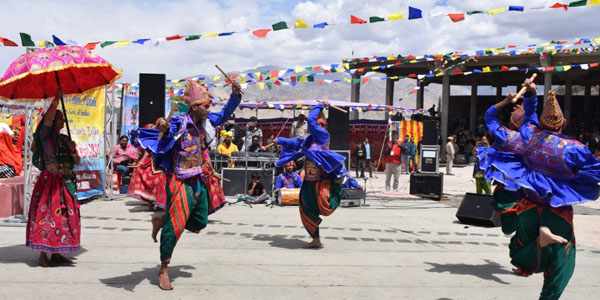 Sindhudarshan festival is a remarkable festival during the month of June on the banks of the Sindhu river with 50 senior Lamas and on the same side with the diversified participants. On the first day, a reception of all diversified participants of the festival gathers for the reception ceremony which is a reception ceremony during the day and a bonfire is organized during the night. On the following day, lots of major cultural programme with sightseeing tours of Ladakh is arranged which is right after the end of the Puja. If the tourists are on a Ladakh trip, sight-seeing a must for them to witness the divine festival.

The Term “Sindhu” comes from the Sanskrit word itself. The festival is much important because it pays homage to the mighty river Indus and Sindhu by the immersion act of earthen pots by the participants in to the river by the culmination of unique cultures and people propagating harmony and peace globally. The Sindhu darshan being the most colourful festival of northern India is the pride of Kashmir as Leh is the popular tourist destination to savour the peaceful culture and prodigious view of the scenery can’t be underrated either. 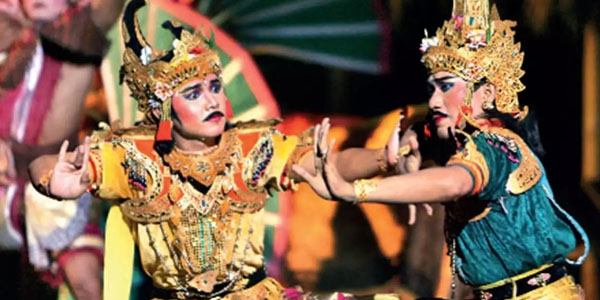 The first time the Sindhu darshan Festival is started , Lal Krishna Advani and Tarun Vijay a veteran journalist discovered theSindhu River during January 1996. Vijay perceived the innovative thought of a festival on the banks of the Sindhu river as it has given recognition to name “India” from “Indus” and “Hindu” from the name “Sindhu”. Since then, people are drawn here like bees during the Sindhu festival. The first time Sindhu Darshan Festival took place in October 1997.

Leh is the point of the festival for paying respect to River Sindhu and River Indus during the Sindhu darshan by tourists from all around the globe. The term of the word “Sindhu Darshan” is depicted in the Hindu scriptures and manuscripts as the Vision of the River Sindhu.

River Indus is said to be the Largest River of the country. It derives its commencement from the Southern part of Tibet and enters into the Indian Peninsula through Ladakh or Leh. The Sindhu river festival is a myth that goes long back to texts and manuscripts.

It is a way of offering the sacred water of the river to the souls on the other realm or the life after death. It is considered as a provide water to the soul of the dead and brings good women to those serving in the festival. 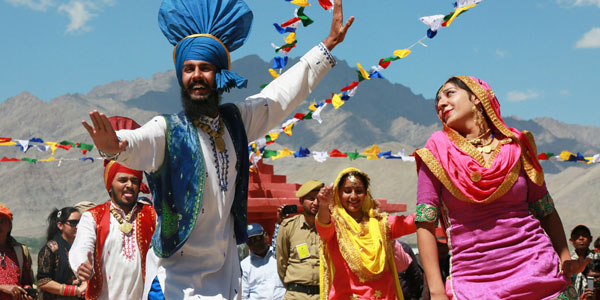 The first day reception ceremony is conducted by culmination of diversified religious groups embarking a spirit of unity ( Buddhist, Shia, Hindu etc). As an integral part of the ritual, a group of fifty senior Lamas perform a prayer on the banks of the river. Several cultural programmes are also presented by the artists from different corners of the country repressing diversified culture and ethics. A sightseeing tour is organized for the tourists who participated, and the day ends with an enlightening bonfire at night.

The first day of the Sindhu Darshan Festival is all about witnessing a reception ceremony for the participants, organized on the banks of Sindhu at Shey. On the second day after the end of the reception programme , the Sindhu darshan festival is carried out. On the third day, the tourists get ready for departure. Leh is really famous for tourism and vacation because of its beautiful culture and enigmatic scenery during this time of the year especially. 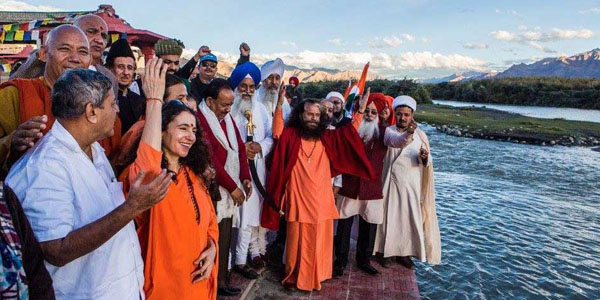 Sindhu Darshan Festival involves the local artists from different regions of the country including traditional Dance performances. People from all castes, religions becomes a part of this festival.Sindhu Darshan Festival consists of a holy immersion into the sacred river after which people irrespective of gender bias put in their best costumes and also pay respect and tribute to the Mighty River Sindhu for her blessings. The river itself is considered as God and men and women offer flowers and fruits to worship the Great River.

River Indus is said to be the largest River in India. It derives its origin from the South Western part of Tibet and enters into the Indian Peninsula through Ladakh or Leh. So propitious is the river that it has been mentioned in the Indian Chronicle like the Veda.

A bonfire also takes place during the night time which is a vision to look forward to. On the second day, a cultural program and sightseeing tour is arranged, which is further culminated by a Puja. The third day remains crowdy with the hassles of the tourists as remarkable celebration programmes takes place on this day. While on a Ladakh tour to attend the Sindhu Darshan Festival, do visit the prominent places to savour the culture.

It’s a must visit for the tourists as the festival also stands for the soldiers who protects the country and are the ultimate pillars of the domestic environment. The tourists need to just pack their bags for an extravagant adventure of a lifetime that can be missed out by any chance. It is the most upbeat experience one can have and have an unfathomable journey which equally soul touching and blissful.